My son the astronaut

I spent of few of my early years living just outside of Cape Kennedy/Cape Canaveral. My mother would sit us on the roof to watch the Apollo launches, while my father travels to the South Atlantic in his work to retrieve and study the fallen stages of the rockets. This was in the late sixties, and the people of the world were amazed at the images of rockets heading into outer space; seeing it in person was profoundly inspiring.

So when my son told me he wanted to be an astronaut early on, I knew it was genetic; 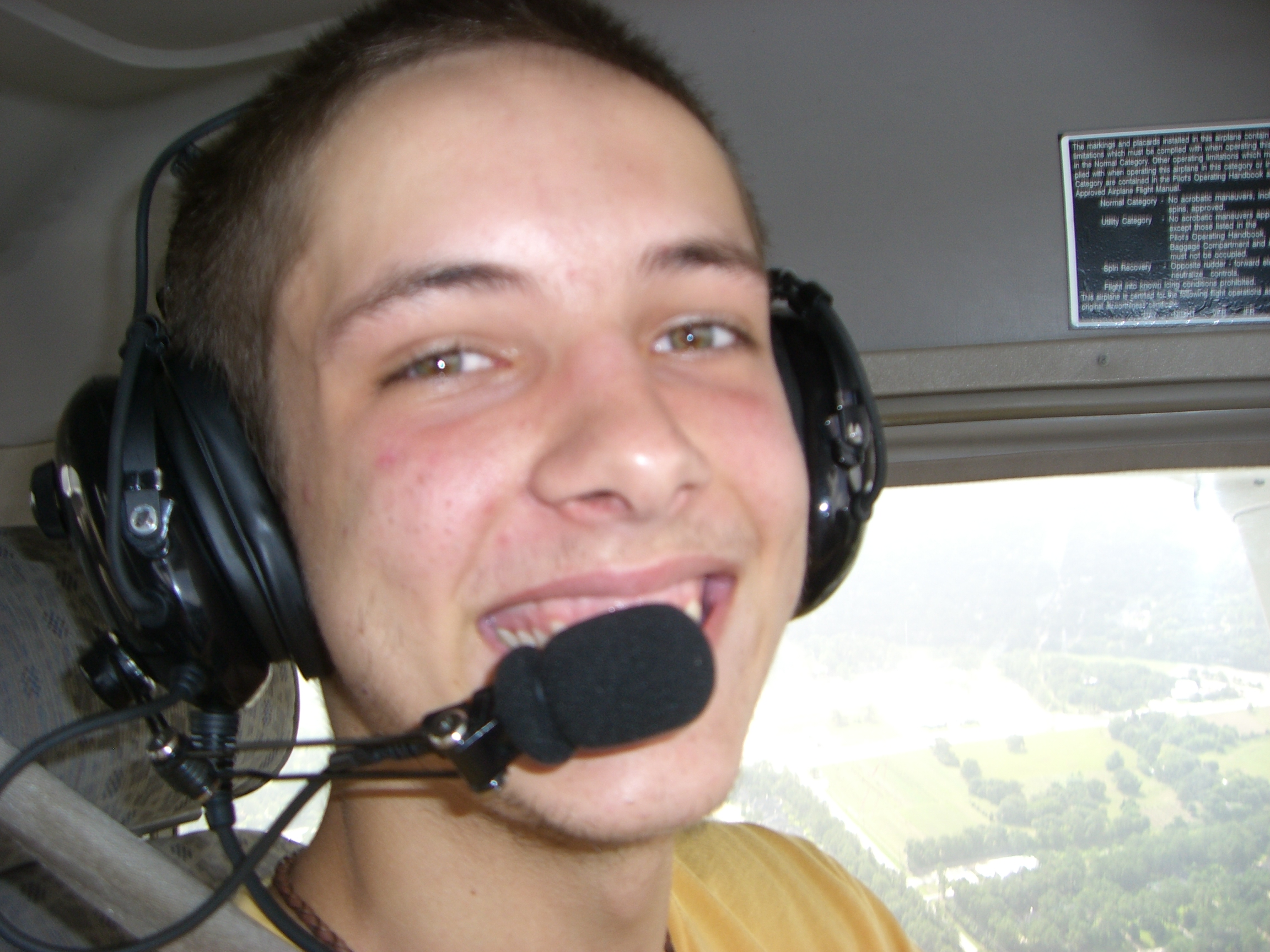 when he took the first step and had his first pilots lesson this week, I knew he was on his way.

Granted, it wasn’t an Apollo rocket or even a new generation Ares one, it was a Cessna 172. He’d been in small planes before on trips to some of the crazy places his Dad drug him to (a four seater landing on a barely visible runway in Belize comes to mind). And using that inherited charm he’s talked his way into a few cockpits. But this was his first flight where he was in control (except for takeoff and landing, lucky for all of us; and yes, he did wisecrack “this is your captain speaking” many times.

We were a little concerned that he wasn’t going to be able to fold his long lanky body in the small plane. But with several inches of head and leg room to spare, he decided he could grow a few more inches to improve his perspective when looking down on his father’s bald spot.

The weather cooperated (just after another drenching courtesy of the latest tropical weather), the flight was a great success, both my son and the instructor emerged from the plane laughing and chattering.

Whether he will continue on to get his pilot’s license, fly planes or qualify for a public or private astronaut program remains to be seen. But the first step towards a dream is usually the most difficult to wrap your head and heart around, and he’s just accomplished that. He just needs to stop growing at 75 inches (NASA qualifications here).