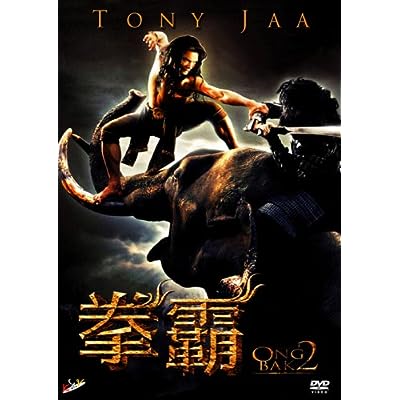 Martial arts movies can be campy or classy, too much wire or too much blood, short on story and long on boring fights. But we (the royal we, i.e., my son and I) watch Tony Jaa just to see what he will do next. He does not appear to use wires, and in his first films (Ong Bak and The Protector, using the American titles), his Muay Thai and athletic skills were entertaining enough to drown out meager stories.

I received a copy of Ong Bak 2 from my friend in Thailand (thanks Mark); with no English subtitles and my serious lack of Thai language skills, it could have been distracting; it was not. The story is easy to see (though I had to pick up what was happening in the cliff hanger ending from Wikipedia) and the fight scenes are very well choreographed. There is no relation in the story to Ong Bak 1 (at least from what I can tell) but there certainly appears to be a link to Ong Bak 3. The movie does end suddenly and unexpectedly (according to Wiki, the production company ran into financial issues, so they cliffhangered the flick and went to find financing for Ong Bak 3).

Jaa plays Tien, a boy in ancient Thailand, whose Father, a local ruler, is murdered by a more ambitious man. Tien escapes, is captured by slavers, and is thrown into a pit with a big gator when he rebels. A guerrilla group of warriors/martial arts experts rescue him (after killing most of the slavers and throwing Tien a knife so he can save himself by killing the gator). Led by Cher Nung, the group takes Tien back to their camp, where their soothsayer predicts a great destiny for Tien. Cher Nung adopts him, and the camp trains him in multiple martial arts and weapons (turning him into, of course, a super warrior).

As Tien figures out what happened to him as a boy, he plots revenge on the people who killed his family.

As with Jaa’s earlier efforts, the fight scenes are extraordinary…and long. I get tired just watching him.

Enjoyable, even if you can’t get a copy with subtitles, it is fun to watch.

Chocolate (the martial arts movie, not the candy)

Mine and my son’s most anticipated movie of 2009