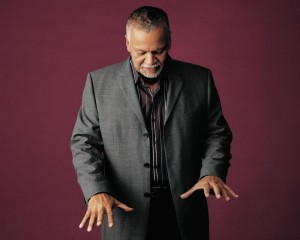 Friday, May 11, 2011 (The Hobby Center) — Three generations of Houston Jazz musicians provided a sold out audience with a once-in-a-lifetime concert, highlighted by the ending set: a duet from pianist Joe Sample and flutist Hubert Laws.

We had serious trepidation about this concert; though the advertisement had a picture of Joe Sample (one of my all time faves) and a brief mention of him, there was no listing of the performers. And the bargain price of about $15 per ticket made me worried; I was sure we would here some great jazz, but would Joe Sample be there? The last time we saw him with the Crusaders, we paid a pretty penny for those tickets.

Not only was he there, but he was joined by Grammy-award winning Houston flutist in an ending set that was simply magical.

The concert was the season ending one by MusicDoingGood, a local organization I had not heard of, but we certainly be following closely.

Of the Third Generation performers, Chase Jordan on the Vibes stood out, with a clear sound and an almost artistically acrobatic usage of the mallets.

Horace Alexander Young on tenor sax shined on both selections in the Second Generation set.

Then the originals arrived. Horace Grigsby did an outstanding rendition of What a Wonderful World, and Jewel Brown, sitting down though she was (refusing to take her cane onto the stage was a nice touch!) absolutely rocked Time After Time.

But the best set was Sample and Laws. Joe Sample came out, performed one track by himself, then Hubert Laws joined him for a set that quickly got into its groove, making the audience think they had been playing together since their high school daze. 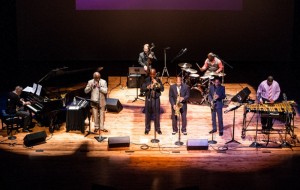 The whole group returned for a final rendition of I’ve Got Rhythm.

The set list (thanks to Music Doing Good for providing it):