About a 45 minute drive from where we are in Tomball north toward Montgomery is the Saint Francis Wolf Sanctuary. We did not know about it at all until this past Saturday when they held their open house.  It is a fascinating place, housing thirteen wolves (at least when we were there) in a variety of enclosures. They are a 501(c)(3)  non-profit, and the annual open house is their big yearly fund raiser. 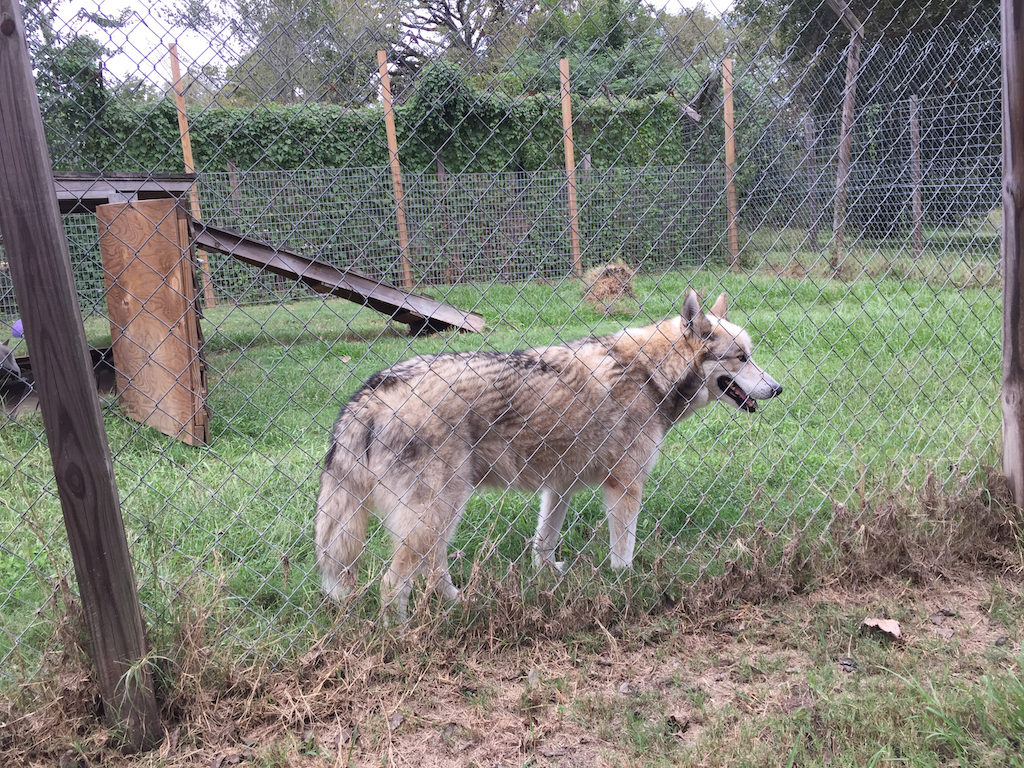 There are a number of ways to visit the sanctuary, almost all (except the open house) are by appointment only (link here). I highly recommend visiting by an arranged appointment vs. the open house…there were tons of people at the open house, and the road to get to the Sanctuary had cars backed up quite a ways and parked on the side of the road for a long way.

The sanctuary consists for about seven enclosures which have two wolves each. There are two “ambassador” wolves (Tala and Meeko, who is jet black) that were out for pictures as part of the open house.  The wolves were, for the most part, lounging (except for Romulus, pictured above, who shared enclosure #7 with snow white Rafiki who never left the house). When they brought Meeko back from his photo ops and took Tala out, most of the wolves got up and paced.

That’s Rajah and Lapua (enclosure #5) greeting their neighbor Meeko, who shares enclosure #6 with Tala who was taking her turn with the photos. The video below is the wolf being taken out.

I’m not sure why all the wolves get excited when one of their number comes back or gets taken out, other than the obvious concepts of greeting, wanting to be let out, or some other pack-like emotion. 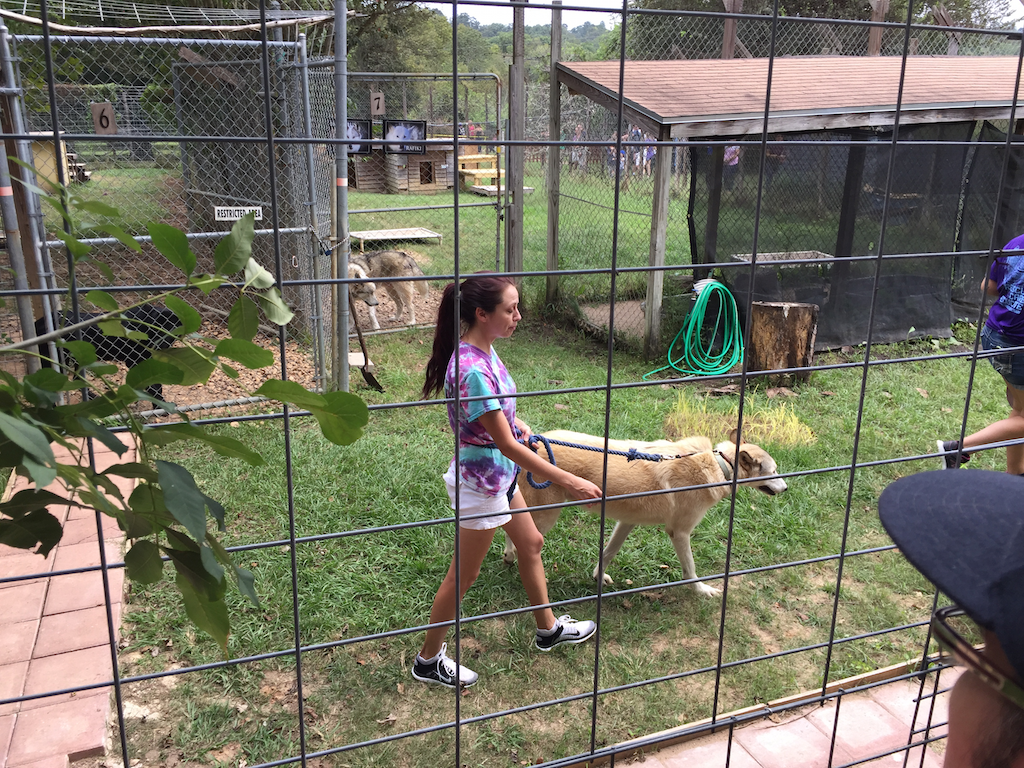 The highlight of the open house was Romulus, who stayed close to the fence in spite of (or perhaps because of) the large number of people…including young kids howling, hoping to elicit a response. For the most part, he just sat there, but he did get up and pace. One of the volunteers who was talking to visitors said that the younger wolves were kept toward the end where Romulus and the ambassador wolves were kept, so it makes some sense that the younger ones would be more active.

Below is a picture of enclosure #4, home of Echo and Achilles. You can barely see one of them close to the hut, but the picture gives you a good idea of what the wolves enclosure look like. 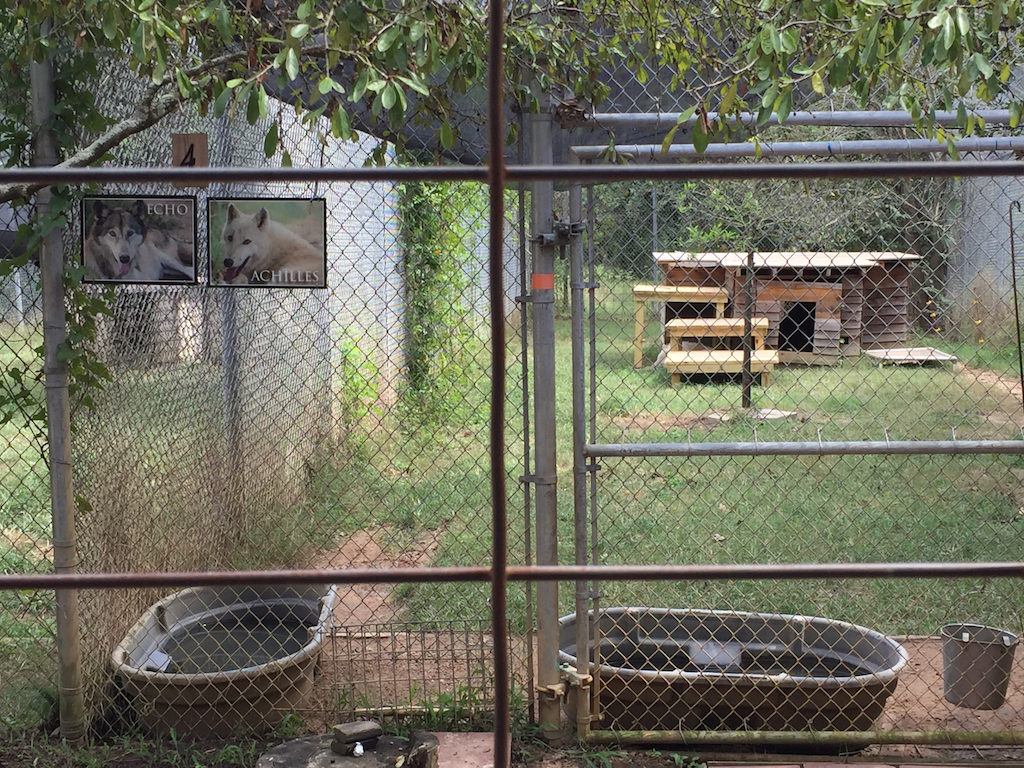 The Sanctuary has an on-going fund raiser to move to a new sanctuary location, which plans for a much larger enclosure. The relocation fund and the plans for the enclosure and new location can be found here.

For those of you driving from Houston, I suggest using Waze (someone has added the location and it took us right to it) or following the directions on the Saint Francis Wolf Sanctuary’s web page.

Texas Driver’s License – where not to wait