I wrote a long article about Sammy Hagar then and now about a week before this  concert. Here’s my notes on the show. 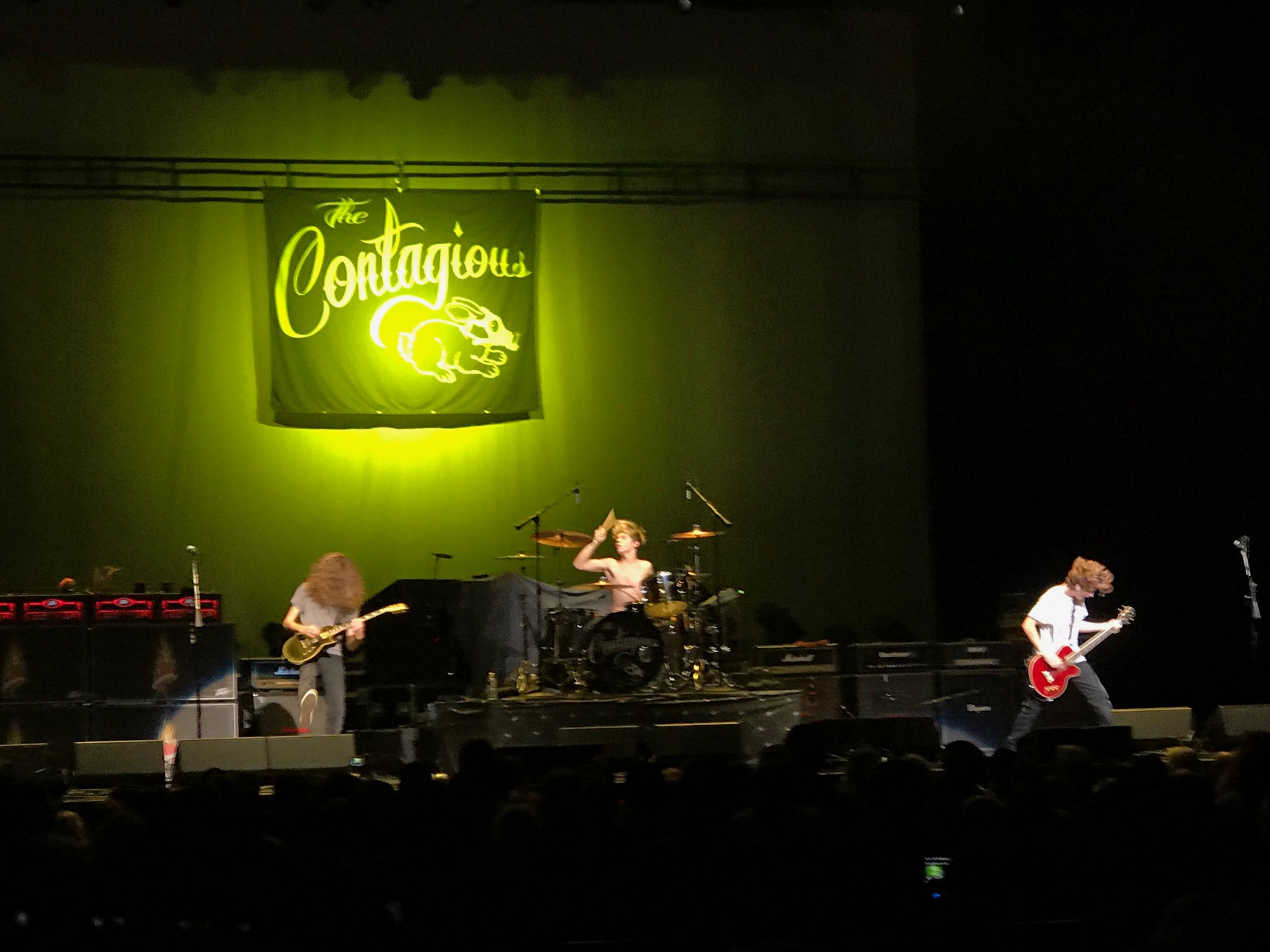 We arrived expecting to see Sammy’s son as the opening act. Instead, we witnessed three 9th graders from Montgomery, Texas, baby-faced young men who rocked the crowd in the absence of Sammy’s son (who was ill). They were loud, and they were quite good. It was hard to tell they were youngsters until the lead singer/guitarist got up to the microphone in between sets and said “Thanks, guys!”. He also said “at 5am this morning we were getting ready to go to school…now we are opening for Sammy Hagar and the Circle.” 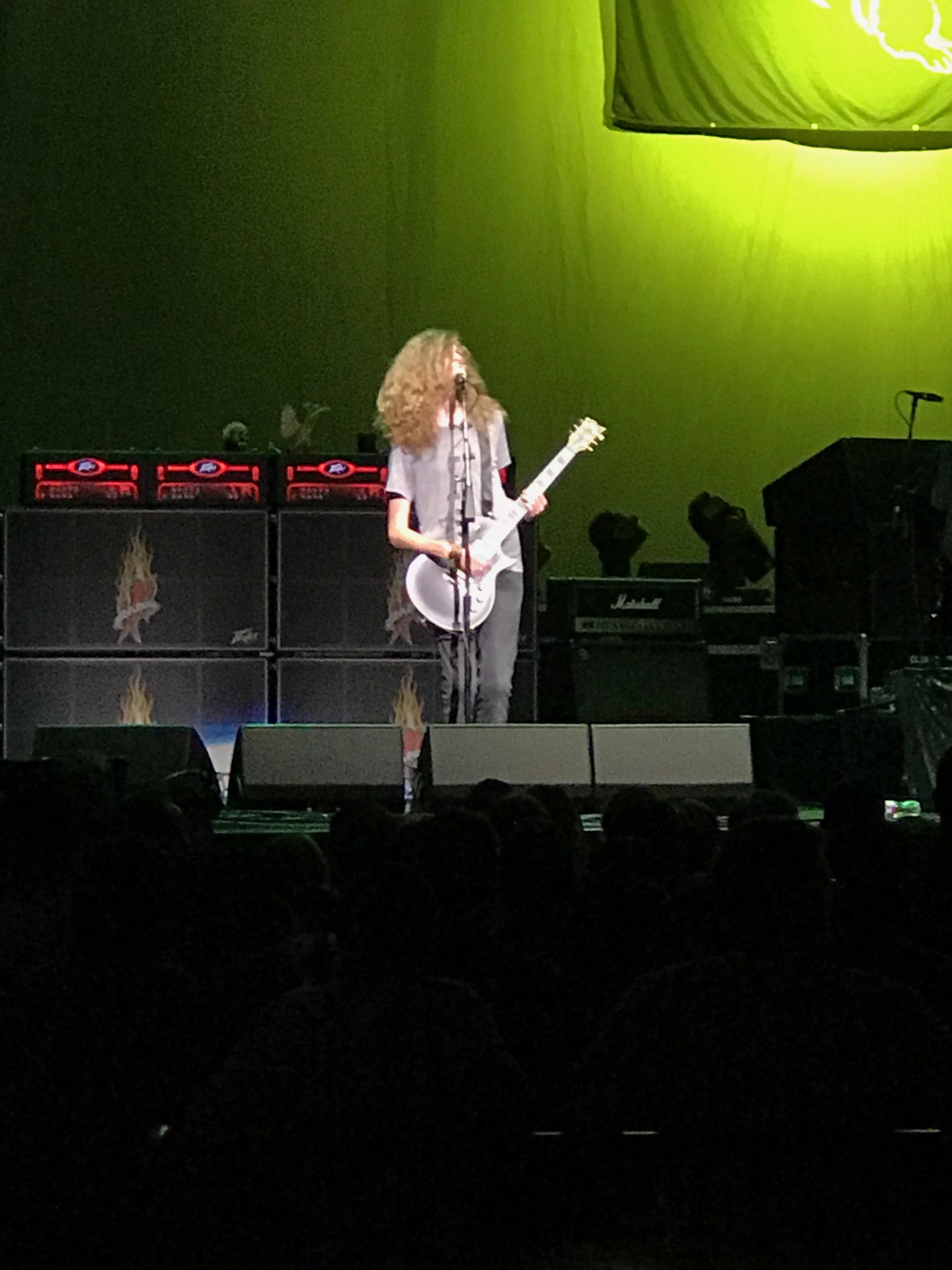 One of the ushers told me they had opened earlier in the week for ZZTop, as one of the band members parents is friends with one of the ZZ members. And this usher seemed to know everything.

Here’s The Contagious’ Reverb Nation link, they have a couple of songs on there to download.

Sammy and The Circle 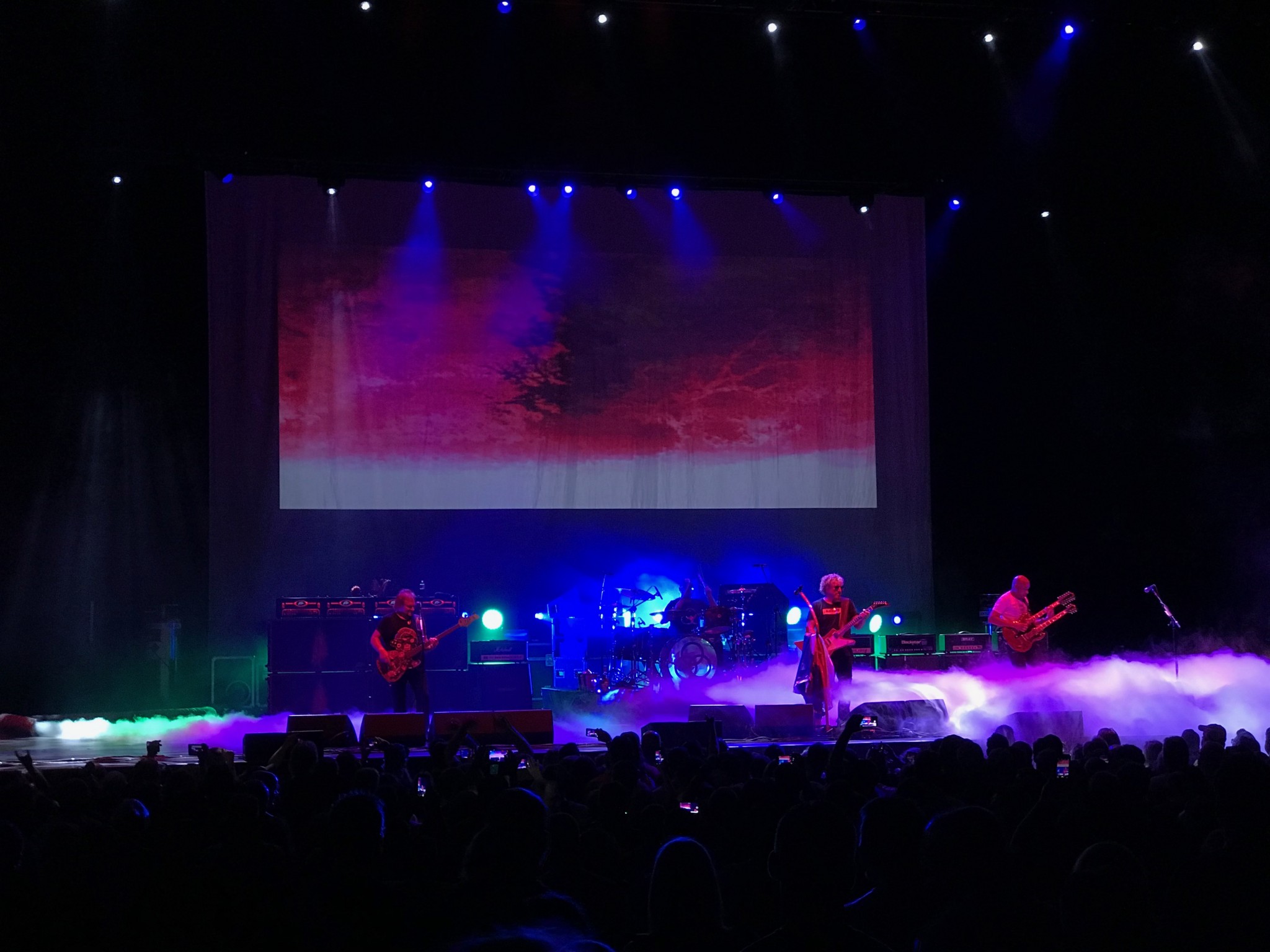 At the opposite end of the age spectrum from the opening act, Sammy Hagar has been rocking for four decades. Between Montrose, Van Halen, Chickenfoot and his solo career, the list of songs to choose from is LARGE.

In addition to Sammy (lead vocals and guitar), the Circle is:

Sammy and “Mikey” have been together for a long time. They introduced each other and the party started (and included Santo Mezquila and Sammy’s Rum on stage).

The Setlist of 16 songs included:

Michael Anthony sang on a few tracks, and the more I hear him singing lead or background vocals, the more I believe he was the main voice behind that signature Van Halen background chorus. 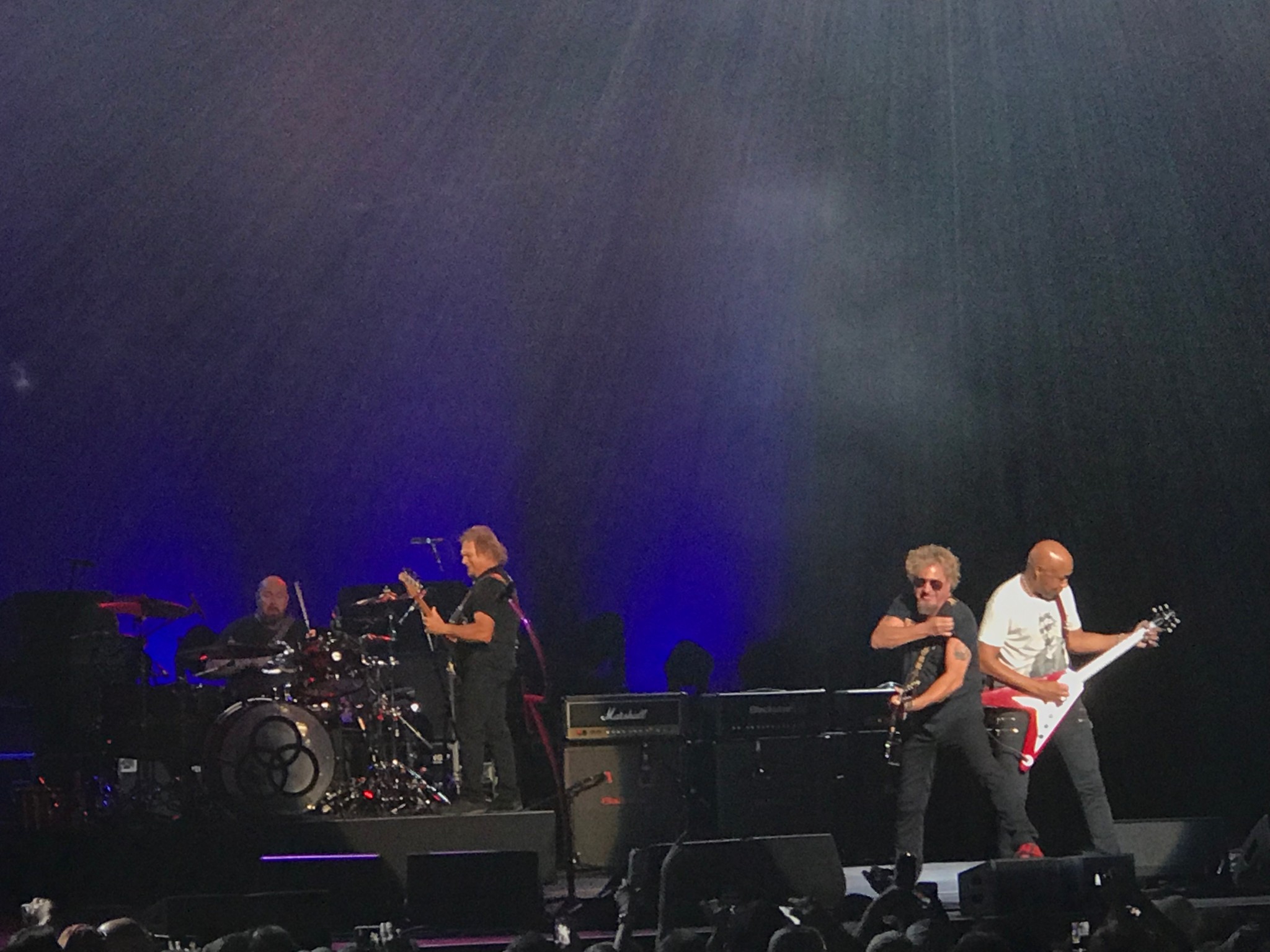 Soon-to-be-70-year-old Sammy Hagar had as much energy as the three freshman high school rockers….and had more fun all the way through. I’m hoping to get lucky enough to see him again at his show in Clearwater, Florida which was postponed due to the hurricane. 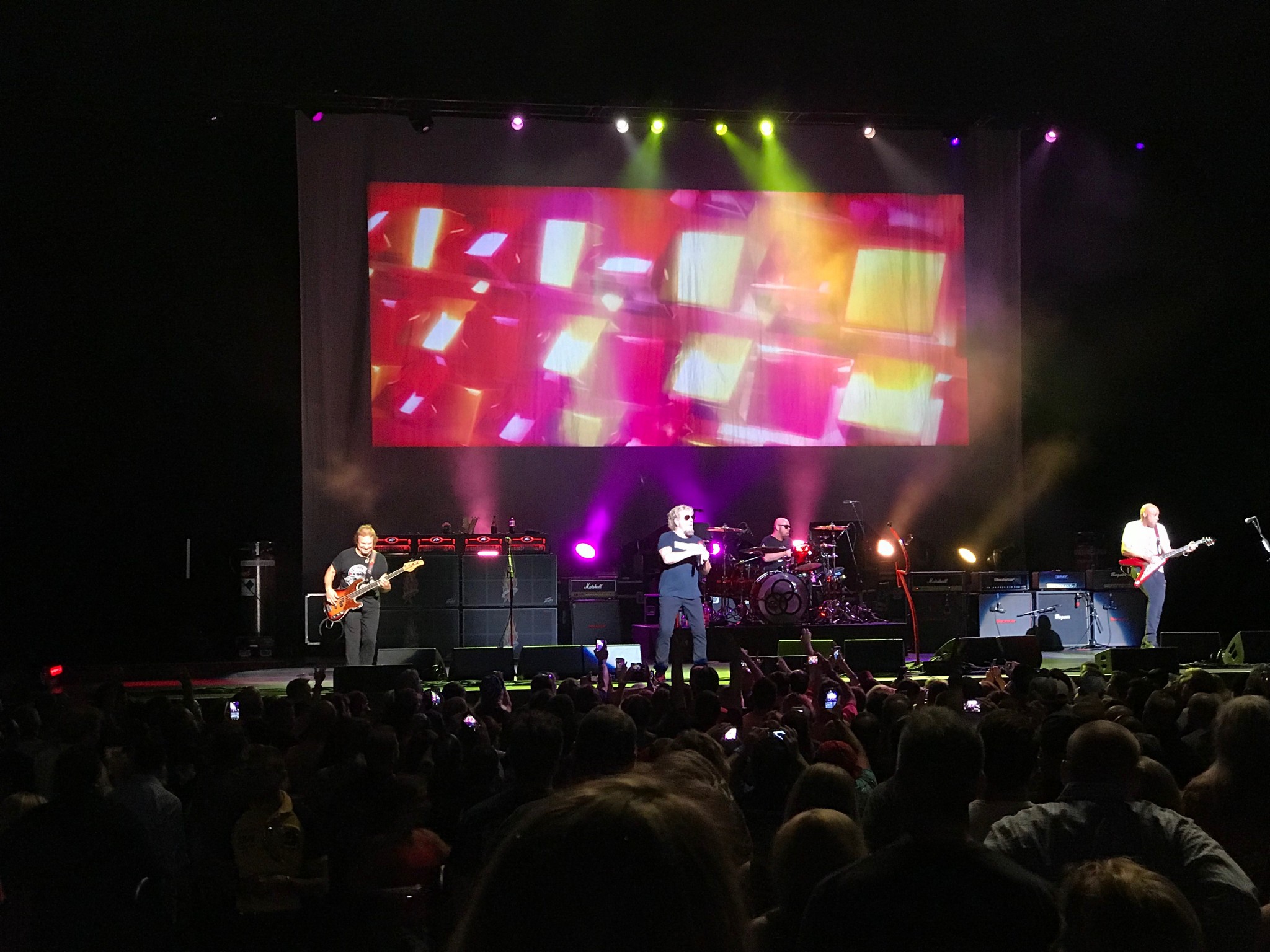 A couple of words on the Smart Financial Center in Sugarland: after our first visit there (to see Steve Martin and Martin Short) I swore I’d never go back because the traffic getting in and out was so terribly handled. I made an exception for Sammy, and I’m glad I did – we had no trouble getting in or out. I was told that attendance was equivalent for both

Also, the usher that I spoke with throughout the concert was not only knowledgeable about the venue and the acts, he was amazingly courteous to everyone he spoke with that evening (he was stationed right beside us).

And lastly…someone in attendance had a sweet and appropriate ride! 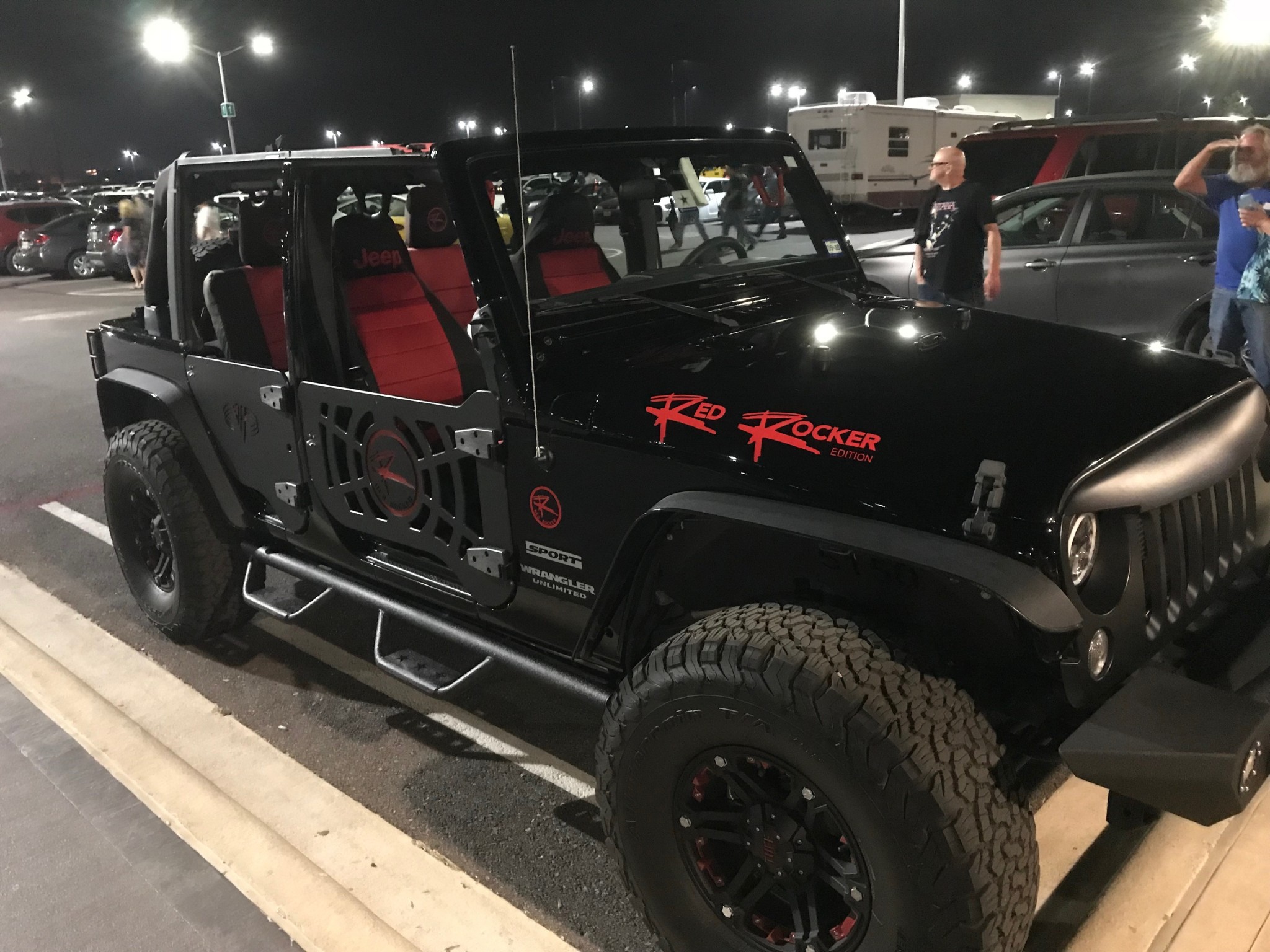