A new book from JoSara MeDia – The Judas Conspiracy

My wife and I started a publishing and media company a couple of years ago for a variety of reasons, 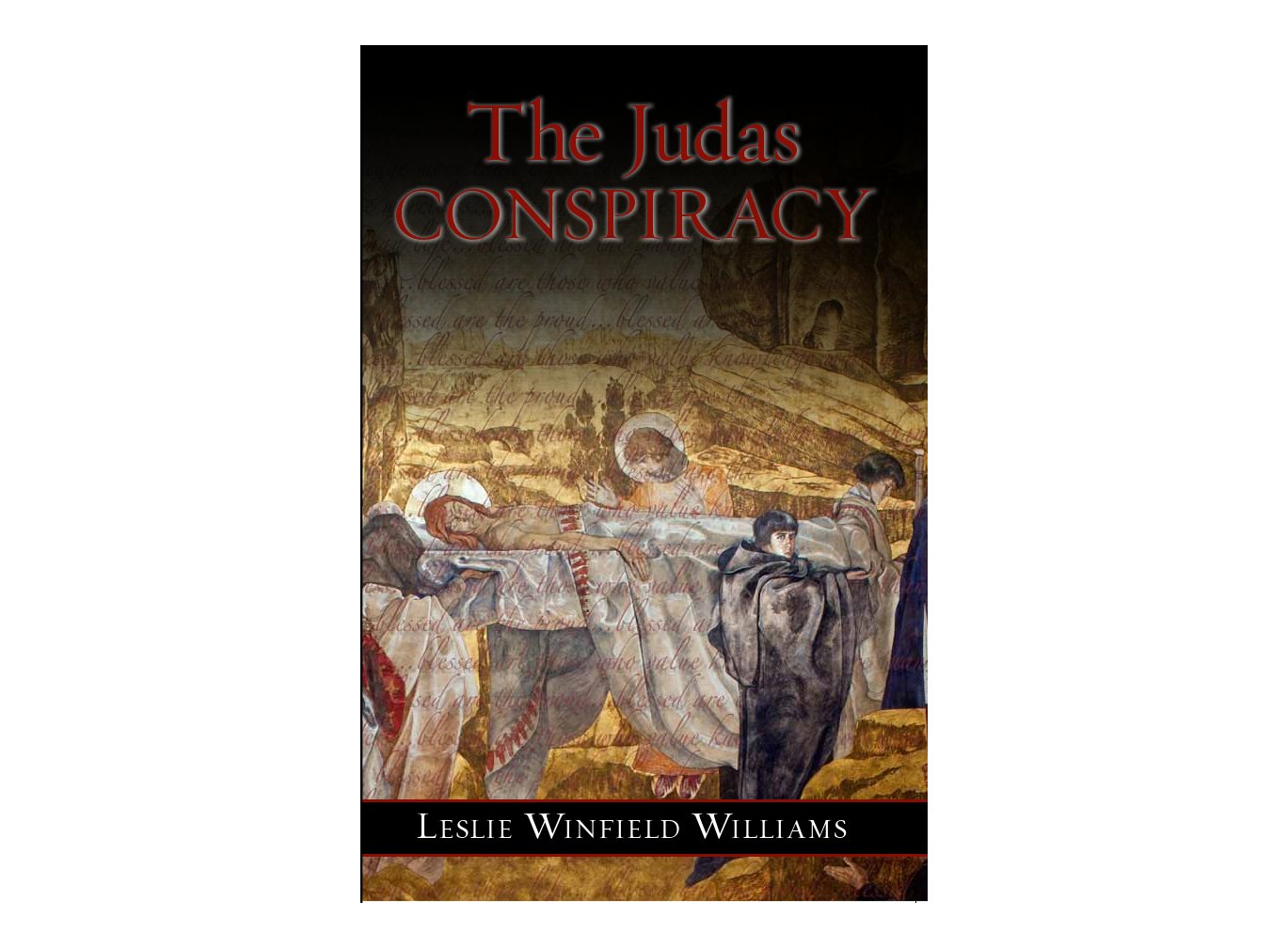 to keep me off the streets, and mainly so that she would humor me as I experimented with eBooks, print books, enhanced eBooks and how those all crossed the lines of software development and design.

Until recently, we’ve only published my books (experiment on your own children, that’s my motto!).

The Judas Conspiracy by Leslie Winfield Williams is our first of two books that JoSara MeDia (and yes, you know where the name came from) is publishing this month. The second I will describe at a later date.

Leslie is a previously published author of fiction and non-fiction, a fellow Trinity University Alum (and fellow former student of Robert Flynn, our other award winning author) and is currently taking and teaching classes at the Yale School of Divinity.

She came up with this great “what if?” idea, which is the genesis of many great stories.

What if…a valuable religious manuscript was discovered in a scholar’s New Haven (where Yale Divinity School is!) collection, that triggered a secret organization to come out of hiding and announce their presence with violence? How and who would track them down?

I learned a lot reading this novel, and it was fast paced. When Leslie asked if we wanted to publish it, it was a no brainer.

The books is, as all of our books are, available as print or eBook. Below is some additional information about the book.

The Judas Conspiracy by Leslie Winfield Williams is a suspenseful story that combines murder, a hunt for a valuable religious manuscript and the evil machinations of a secret ancient sect — the Sethian Brotherhood — with a desperate race against the clock to stop a plan to blow up a historical site. The story begins with the theft of the manuscript from the home of the brother of the fictional Dean of the Yale Divinity School and the murder of the brother’s wife. Both events occur the night before the Dean is to donate the document to the School. The manuscript is the only known complete copy of the controversial Gospel of Judas, which says that Jesus commanded Judas to turn him over to the Romans, contradicting the Biblical view that Judas betrayed Jesus. Soon after the theft, a number of British and American religious scholars, all with a connection to the manuscript, are also murdered.

Order your copy today!
Amazon.com Barnes & Noble.com Kindle Amazon UK
The crimes trigger an international search for the stolen manuscript, which takes the novel’s main protagonists — a female detective with the New Haven police department and the nephew of the Dean –from New Haven to England, and to Washington, D.C., and which involves both the FBI and Scotland Yard. As the search unfolds, it becomes clear that the Brotherhood is behind the mayhem and that its members will stop at nothing to achieve their goal of destroying Christianity. The plot of The Judas Conspiracy is full of twists and turns and surprises up until its very end.

Sneak a peek: Click here to read the first chapter.

The Washington National Cathedral gave JoSara MeDia permission to use The Entombment of Christ (1939), a mural created by Jan Henrik DeRosen, on the book’s front cover. The mural is located in the Chapel of St. Joseph of Arimathea at the Cathedral. Mimi McNamara, a graphic designer at the National Cathedral, designed the cover itself.