What did you do to celebrate New Year’s Eve 2018? My lovely wife found a hike for us to do: the “last day hike 2018″ at Pedernales Falls State Park. It was a 2.5 mile hike out to the falls, up river, along the park border and back to the parking lot, covering about 2.5 miles. The hike started at 5pm so we got to enjoy the sunset and do a bit of stargazing, though the clouds tried to hide a few constellations. 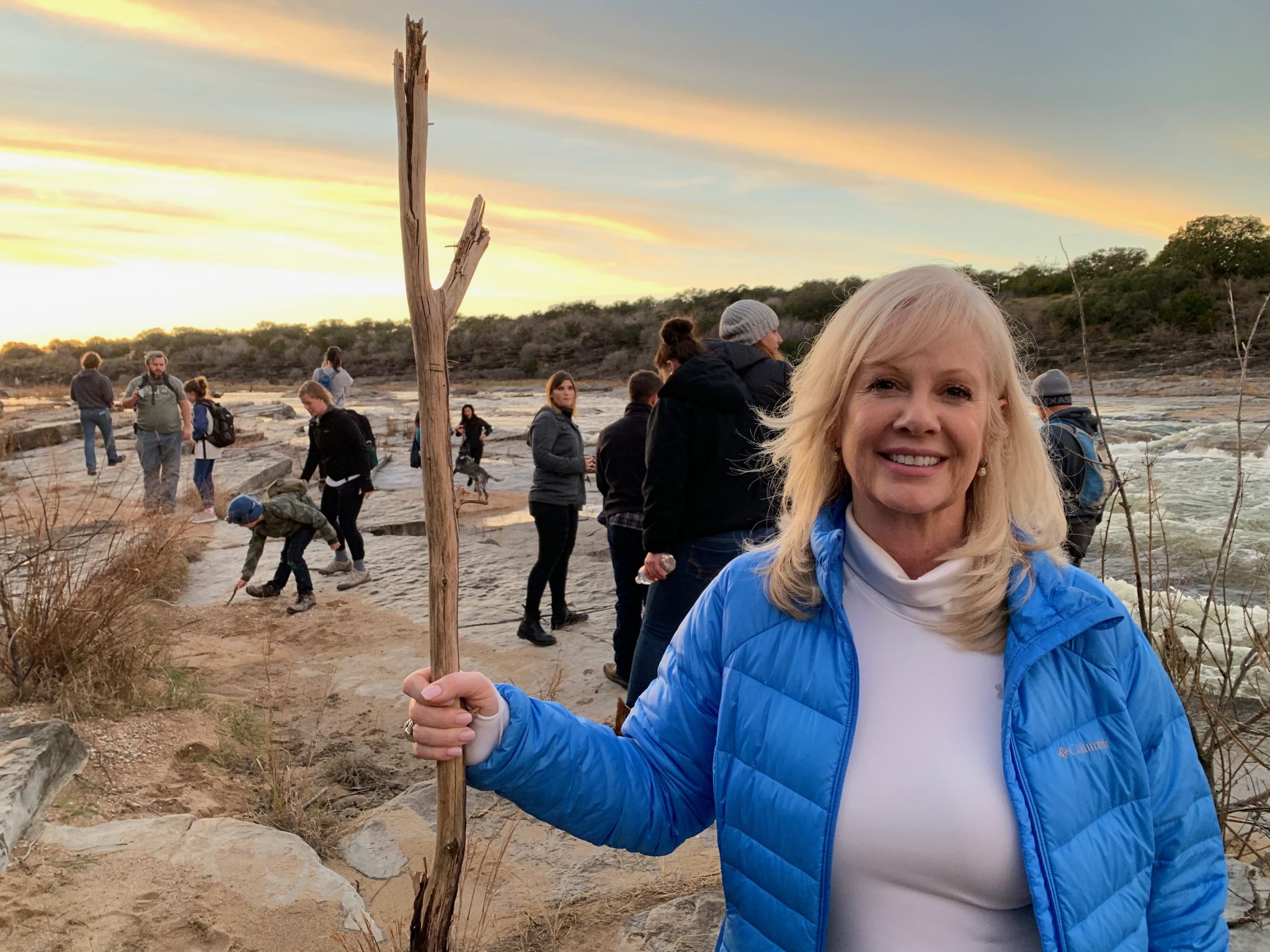 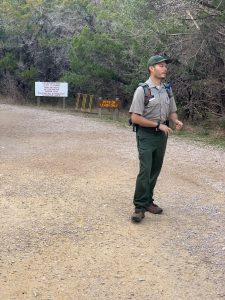 Steve (otherwise known as “Ranger Steven”) was our hike leader. He was also leading a “first day hike 2019” on New Year’s Day (which we opted out of). He stopped at several points along the hike to provide information on the river, the park, wildlife and other topics. Though the clouds obscured some of the constellations, Steven told stories of the history of the constellation names (Cassiopeia, Andromeda), and included a few stories of native Americans naming constellations similarly to the Greeks.

The hike started from the Pedernales Falls Trailhead and headed straight for the falls. We then hiked along the falls up river, toward the edge of the park, getting there just at sunset.

Swimming is no longer allowed at the falls pictured below. When I was in high school and college in San Antonio, I used to drive up to Pedernales Falls to hike and swim. I asked Steven when they stopped letting people swim in the falls. He said it was 1977 and that is was not only because of the accidents and drownings at the falls, but also that the state park could not afford to have their own EMS and could not pay the fees required to have out-of-park EMS support them. That date is earlier that I remember it…or perhaps they just weren’t enforcing it then? As is usually the case, I distracted Steven with my questions, and we took a slightly wrong turn on the trail. 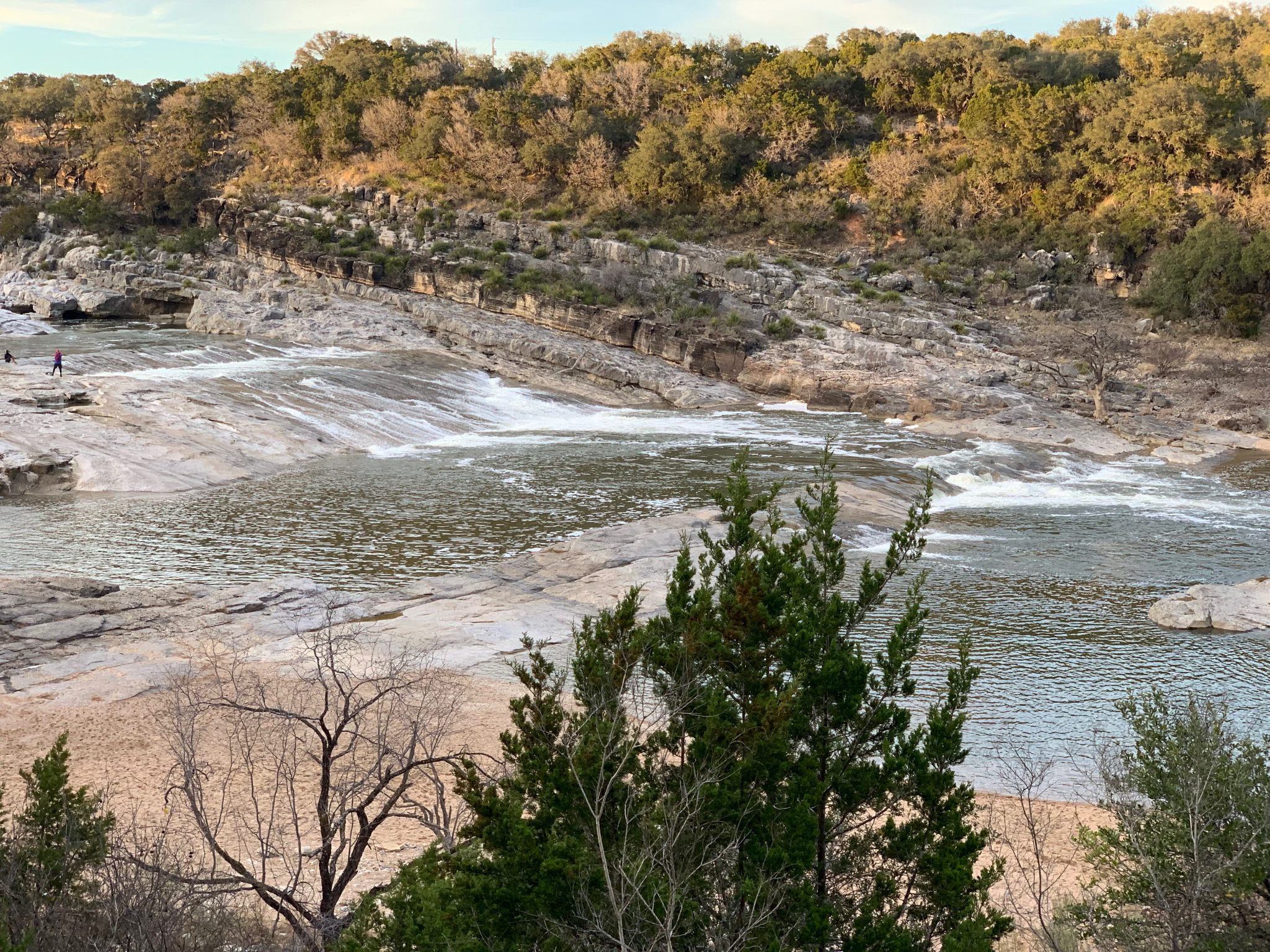 Sunsets are always cool; sunsets over rivers are awesome. 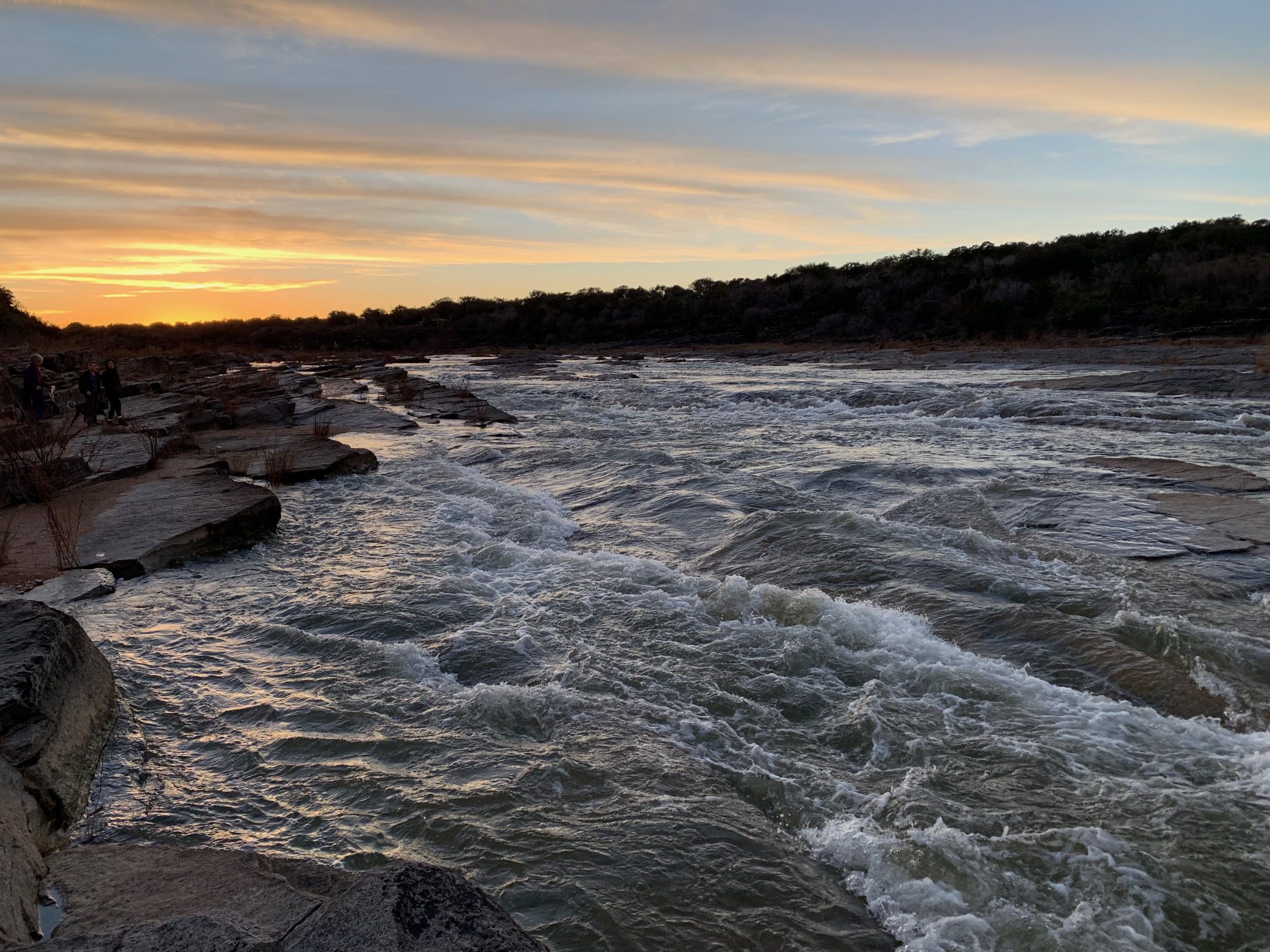 Ranger Steven described many critters that we might see along the way – pigs, turkeys, goats, bats, etc. – but we only heard a big movement in a tree, and were told it was a turkey. On the way out of the park we saw deer and jack rabbits, but with as many people as were on the hike, the noise and light most likely scared most of the wildlife away. Several of the many dogs that were bringing their owners along on the hike starting barking all at the same time. Several theories of what they were barking at were put forth, but the dogs stopped barking when I mentioned “zombies.”

Below is a section of the state park map (PDF at this link). Our route started at the parking lot (big P icon), went up toward the Falls at the “1”, along the river trail (marked by the 0.44 distance), down along the edge of the property (didn’t go by the Duck Pond at the “2” but saw the signs), then back over to the road. 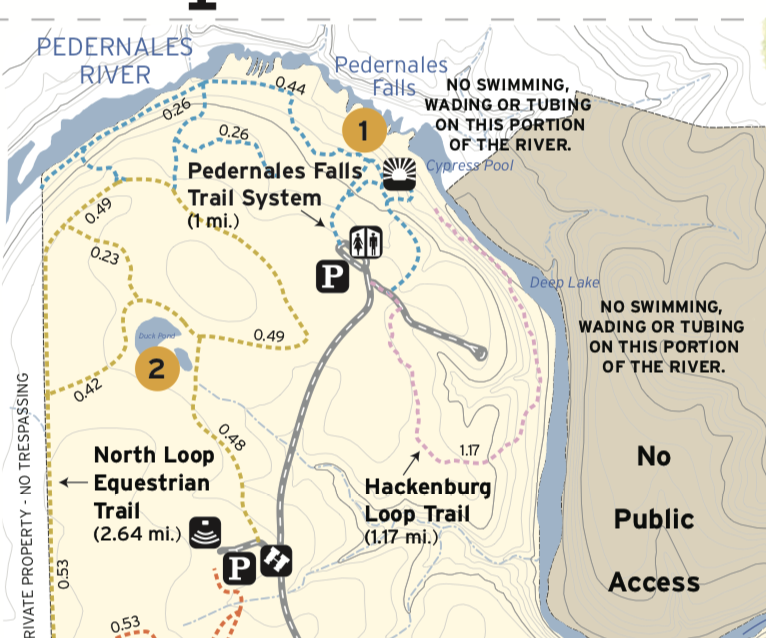 One more sunset photo to close out 2018! Happy New Year! 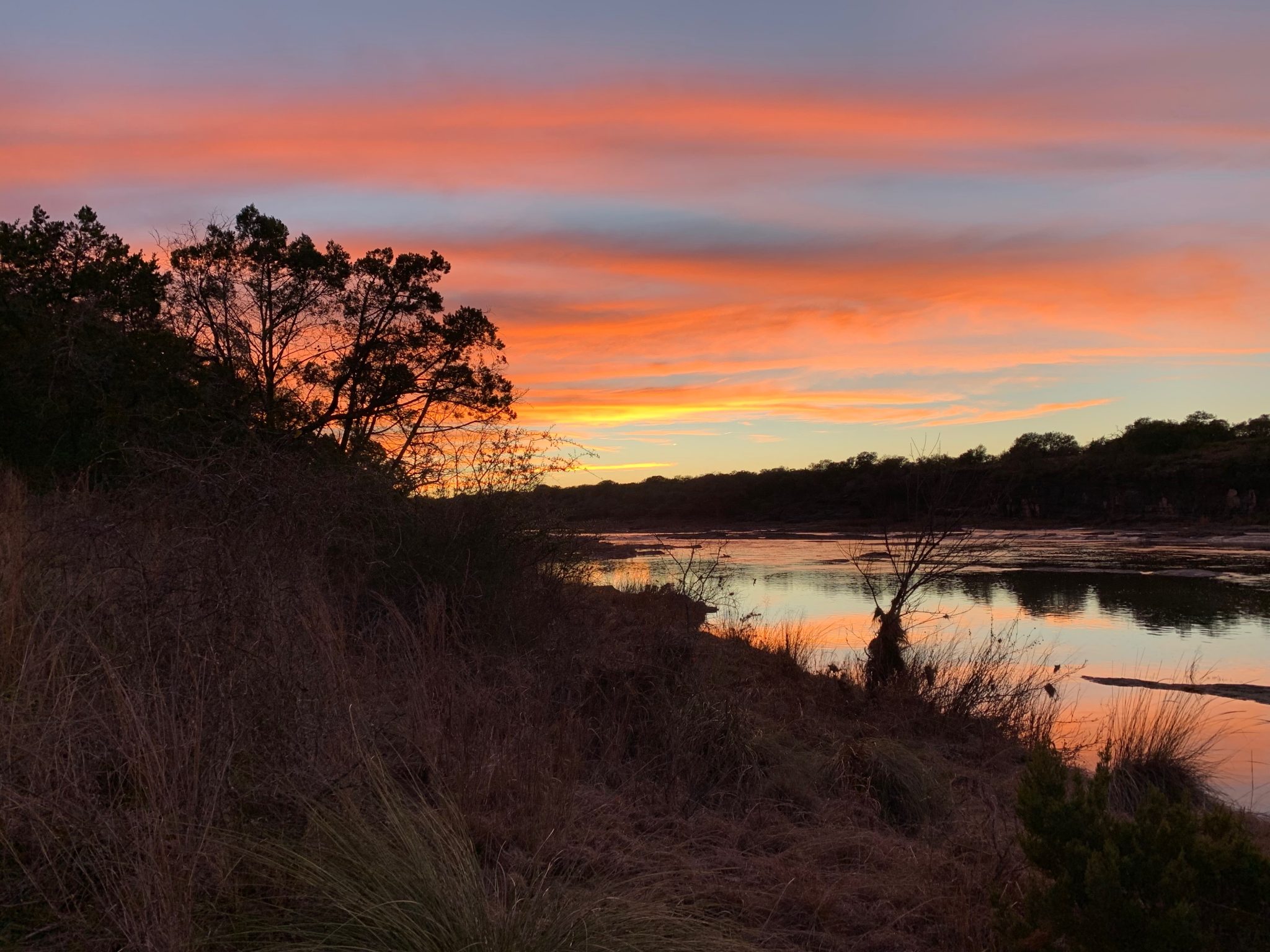