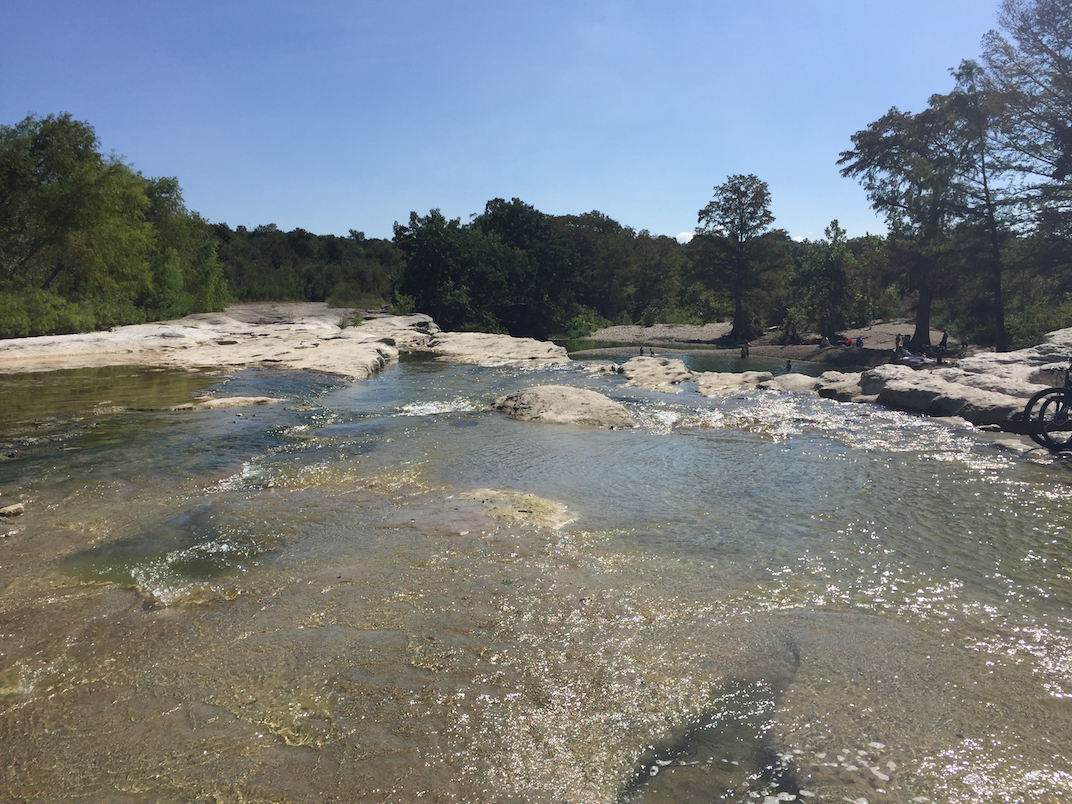 McKinney Falls State Park is about 6 miles from downtown Austin and 3 miles from my son’s apartment. We hiked there on a sunny September Sunday. (For links to our other State Park hikes, see Brazos Bend and Huntsville).

Like many of the State Parks in Texas, McKinney Falls has a long history. Thomas F. McKinney was one of Stephen F. Austin’s original colonists, and the remains of his house are still in the park. There is an excellent book from the Texas State Historical Association on McKinney Falls (link here) that gives a great view of its history.

It is $6 per person to get into the park. We hiked the Homestead Trail (the longest listed trail in the park at 3.1 miles) and portions of Rock Shelter Trail (to the point where it was blocked) and Picnic Trail, and spent time around both the Upper and Lower Falls.

After entering the park and taking the first right, there are three parking lots at the trailhead to Homestead Trail. It is a short walk over part trail, part rock formation to get to the Lower Falls. Though there at not been much rain lately (as usual) the falls was still flowing and there were quite a few swimmers at the lower falls. 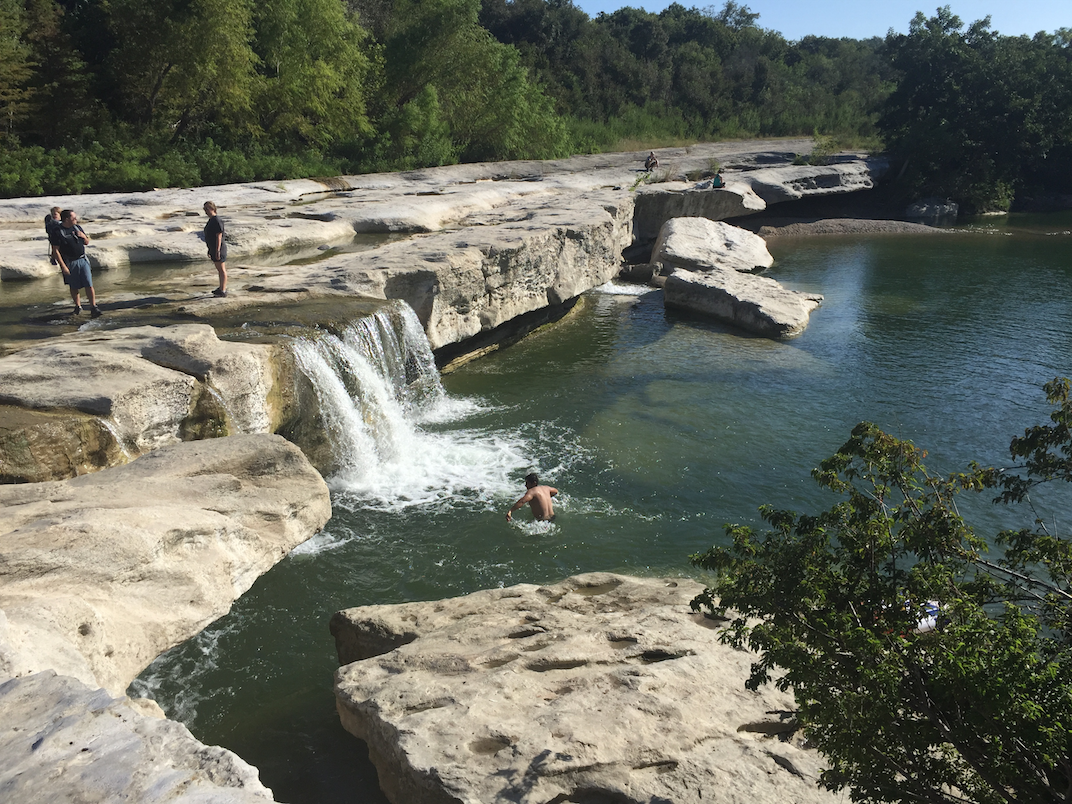 The Homestead is from the late 1840s and was (according the the sign) occupied by the McKinney’s until Thomas McKinney’s death in the house in 1873. Several families lived in it until it burned in the 1940s. 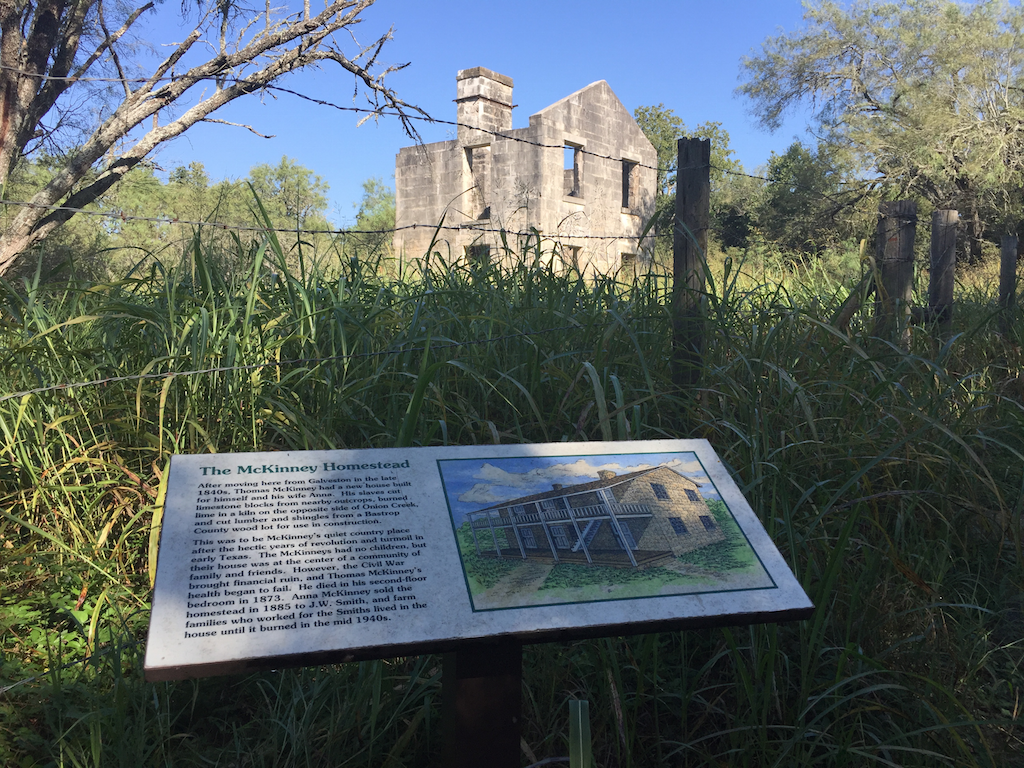 Homestead Trail is pretty overgrown; I do not know if this is normal or just from the time of year when we were there. The ground was pretty dry and cracked in places, so given the dry conditions it wasn’t recent rains that had it overgrown. There were certain places where we had to duck under the overhanging brush. 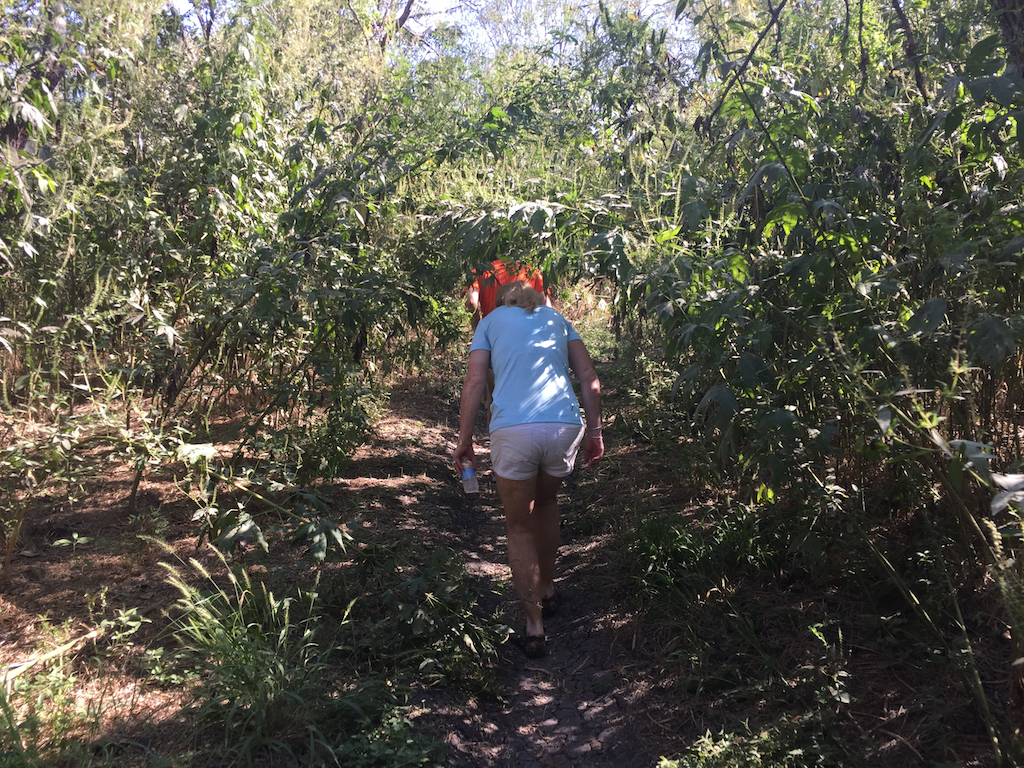 There were some open parts and a little bit of elevation change, but not much. And there were places where you would walk out of the brush and see office buildings or a golf course – one of the “features” of being in a state park this close to a major city. 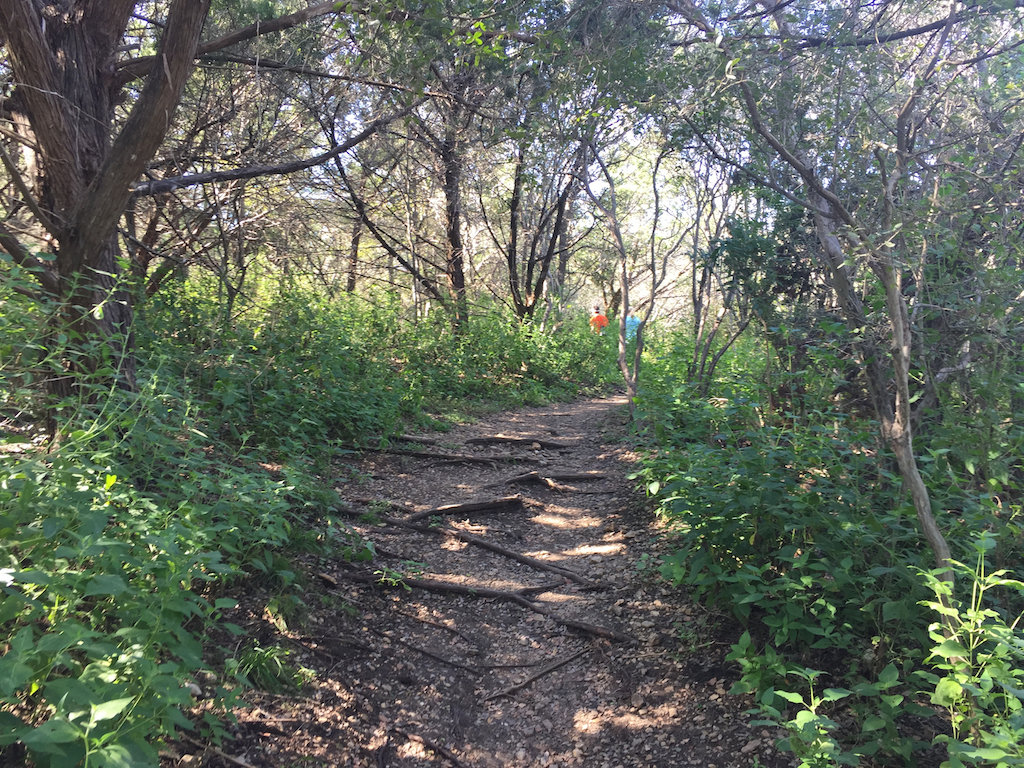 There were a lot of dogs in the park. Some, like this one, seemed to know the trail quite well, as he was taking his owners on a walk. 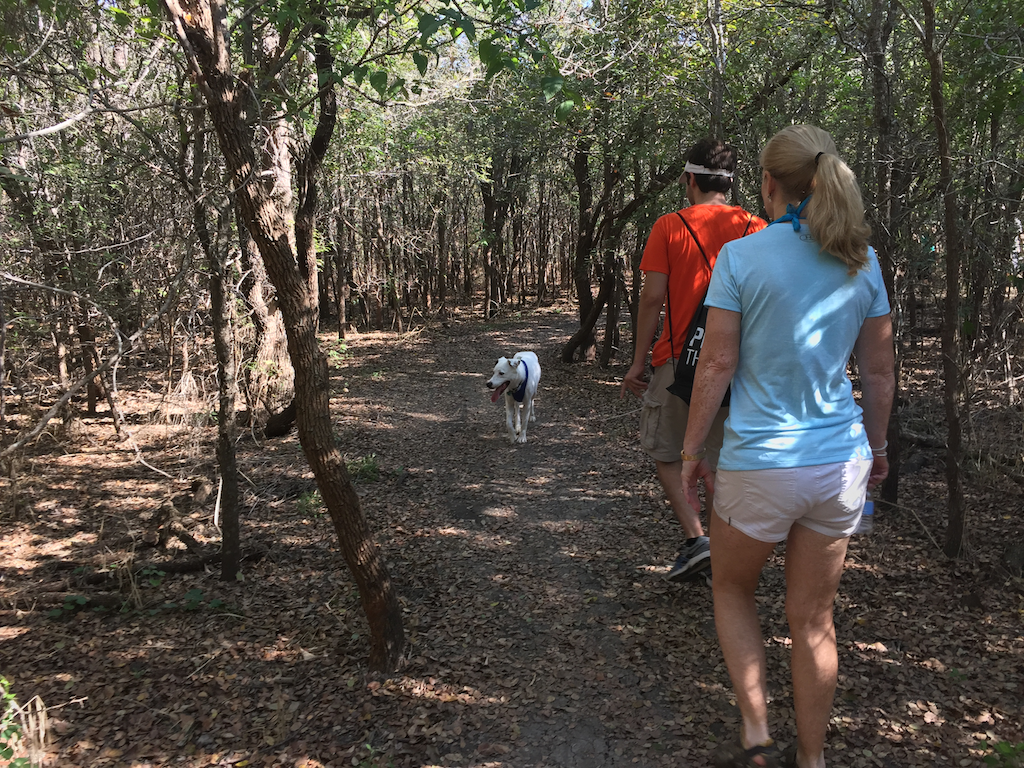 There were a couple of places where we could have taken additional trails (Flint Rock Loop Trail, which intersects with Williamson Creek Overlook trail – combining these would provide for an almost six mile hike), but we stayed on Homestead Trail. We finally got back around the the remains of Thomas McKinney’s grist mill, which was interesting (there must have been more water there at that time, but it was bone dry there now) but there wasn’t much left of it. 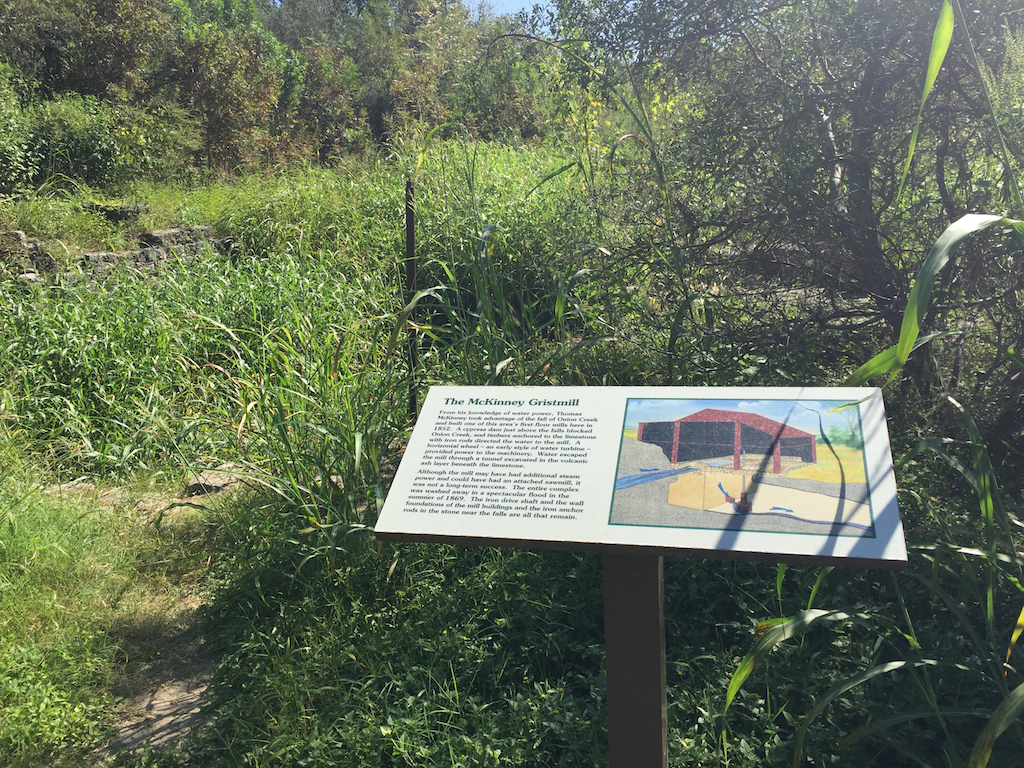 And then we came back to the lower falls from the other side. 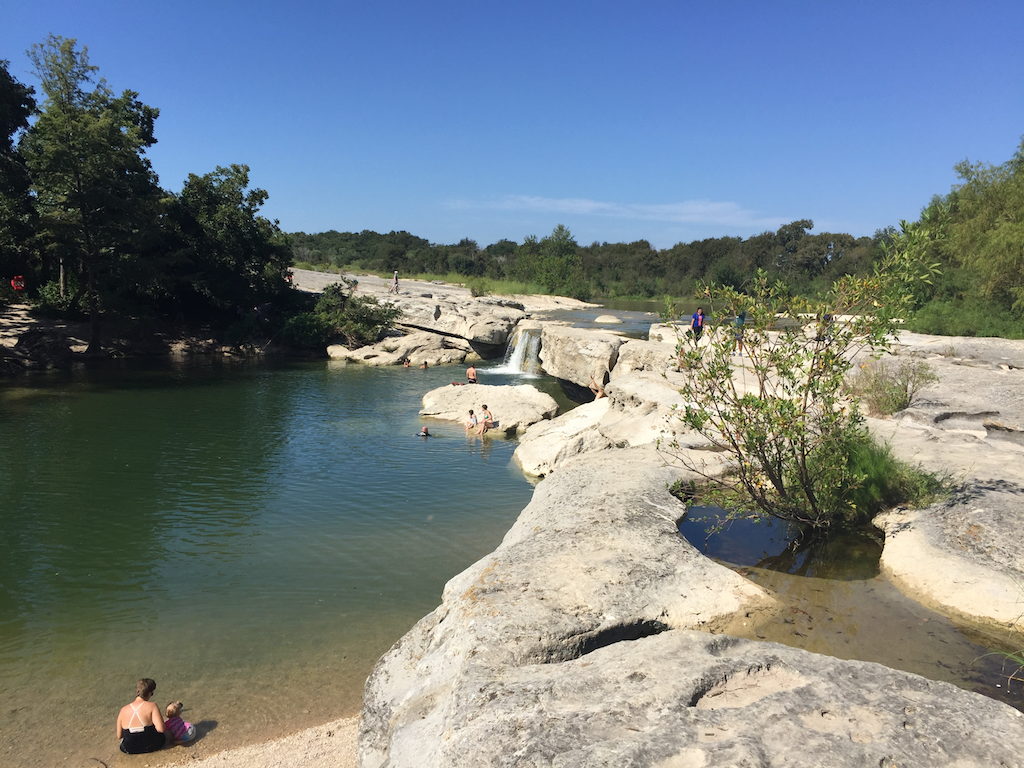 As we walked back toward the trailhead, you can see the large limestone covering that you walk over to get to the falls. It was still before noon but it was already getting warm on those rocks. I’d imagine in the hot Texas summer afternoon sun it would not be a place to be…unless you were heading for a dip in the water. 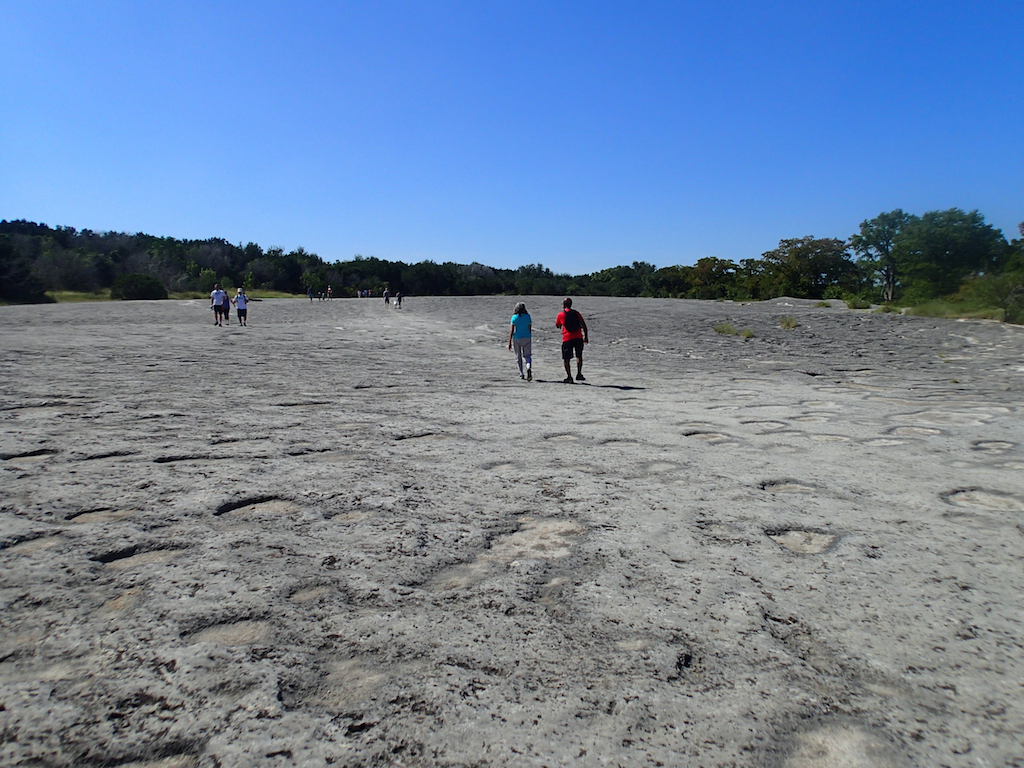 We then intended to hike along Picnic Trail (the picnic tables gave the name away) and Rock Shelter Trail to get to the Upper Falls. We made it to the Rock Shelter, which we read had been in use as a shelter by people for nearly 4,000 years. There were also some trails that you could scramble down to get a look at Onion Creek. 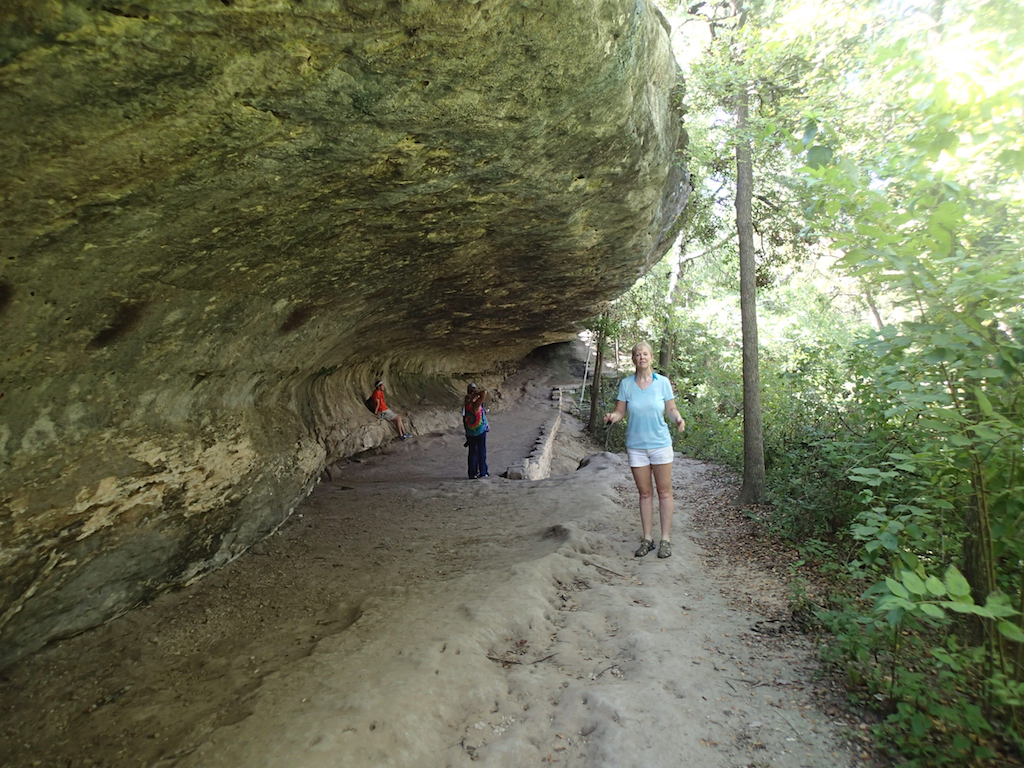 But the trail was closed right where “Old Baldy” (a large tree) was. We weren’t informed of this at the ranger station, but it wasn’t a long trail so turning around was not difficult. In the picture below you can see “Old Baldy” in the middle. It looks like the rails on the wooden walkway were down and the bridge had other damage. 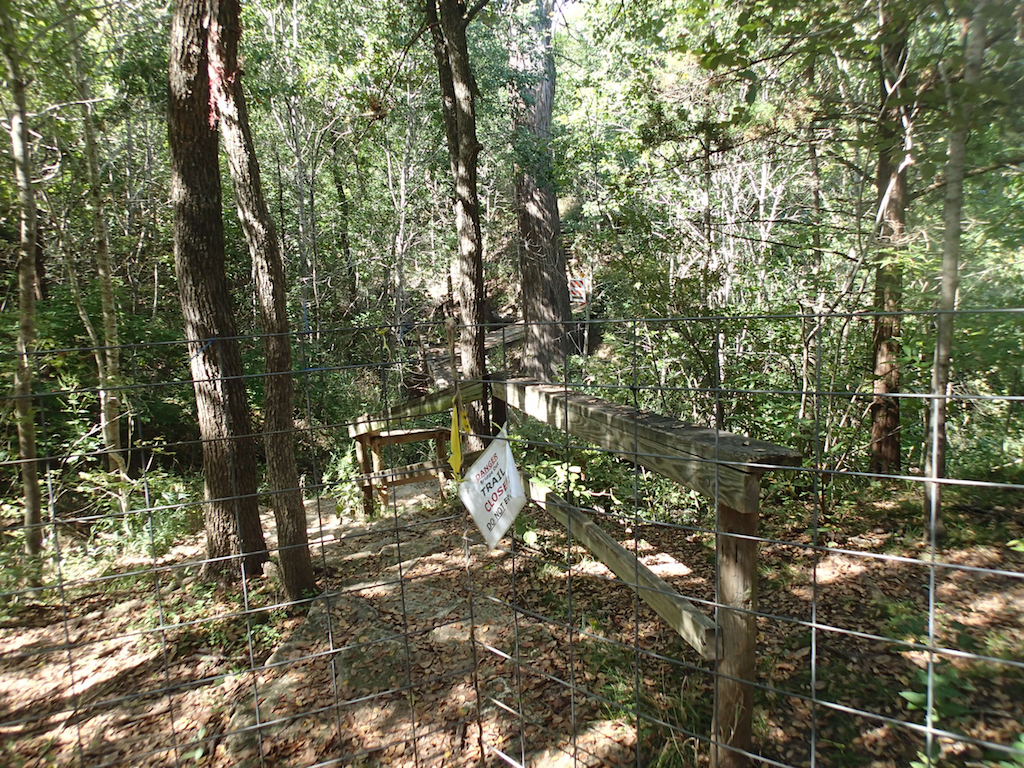 With no hiking options, we drove to Upper Falls, which had more swimmers and divers that the Lower Falls did. 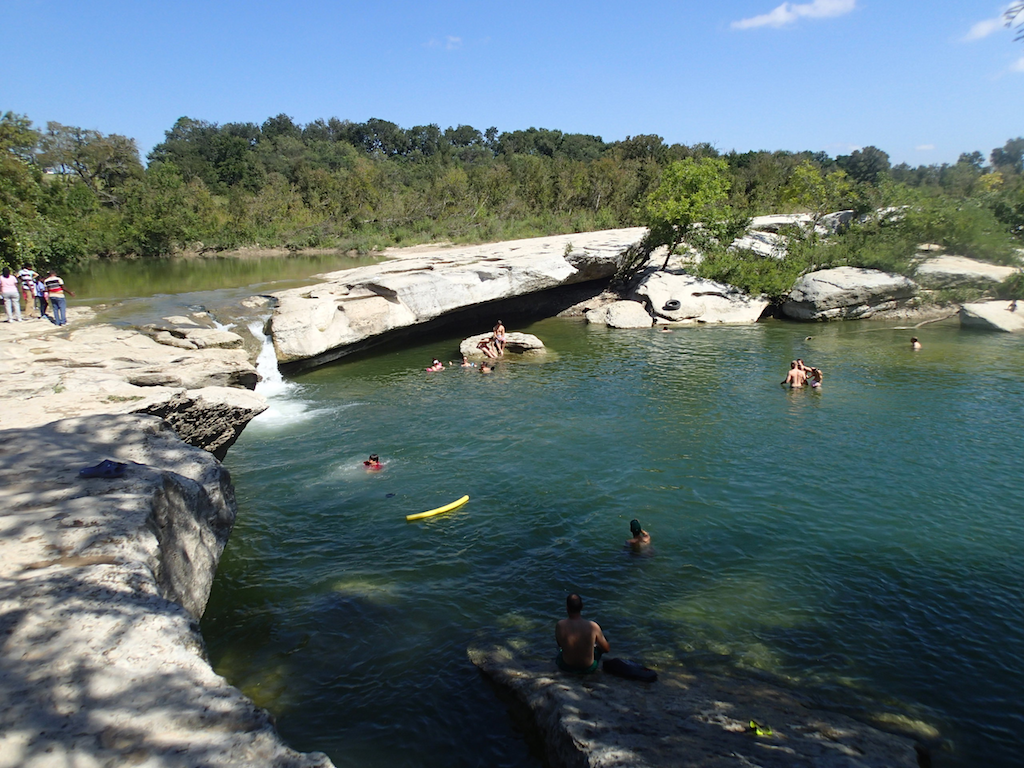 Here’s a short video to show the extent of Upper Falls.

Overall, it was a very convenient park with some short trails and a couple of really nice waterfall swimming holes. 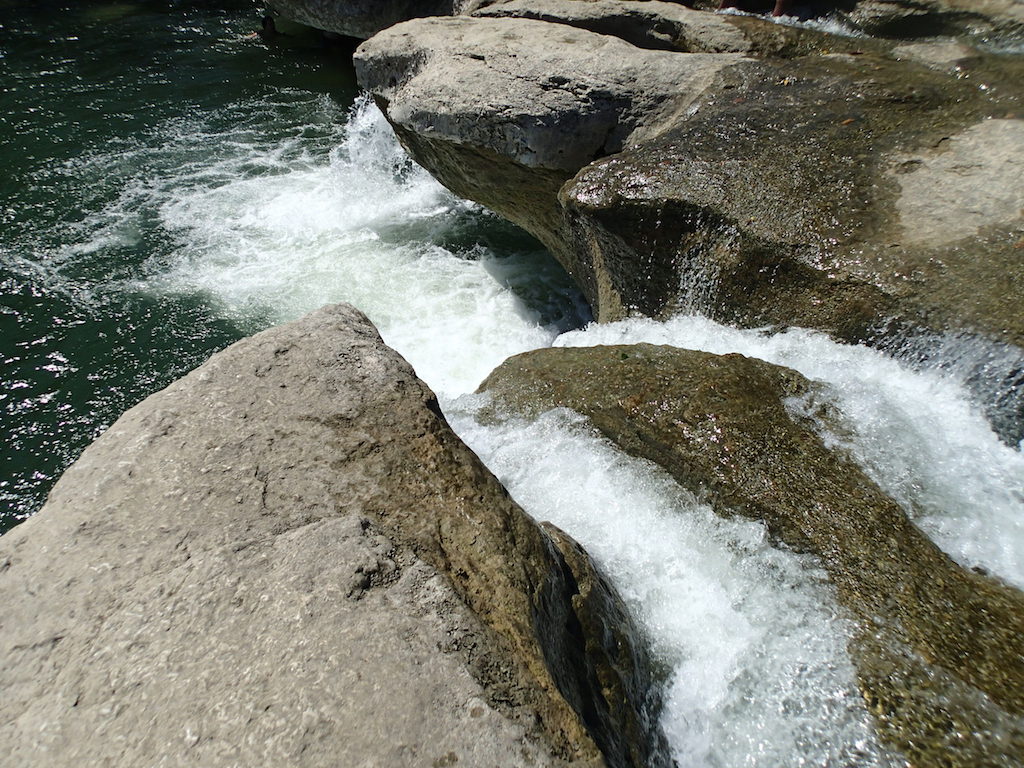