Brazos Bend State Park is an hour drive south of us, and since we are northwest of Houston, it is a lot closer to most Houstonians. We had not been since the kids were little and the weather was perfect this early April weekend for a little hiking. It is $7 per person entrance fee and, if you rarely carry cash like me, be prepared to park and go inside to pay your fees, as the outdoor drive up kiosks do not take credit cards.

The state park is known mostly for its alligator population, and they aren’t shy about showing themselves. My gorgeous wife saw on one of the signs that there are 300 adult alligators in the park. We saw more than 20 close to the trail, and quite a few more further away. 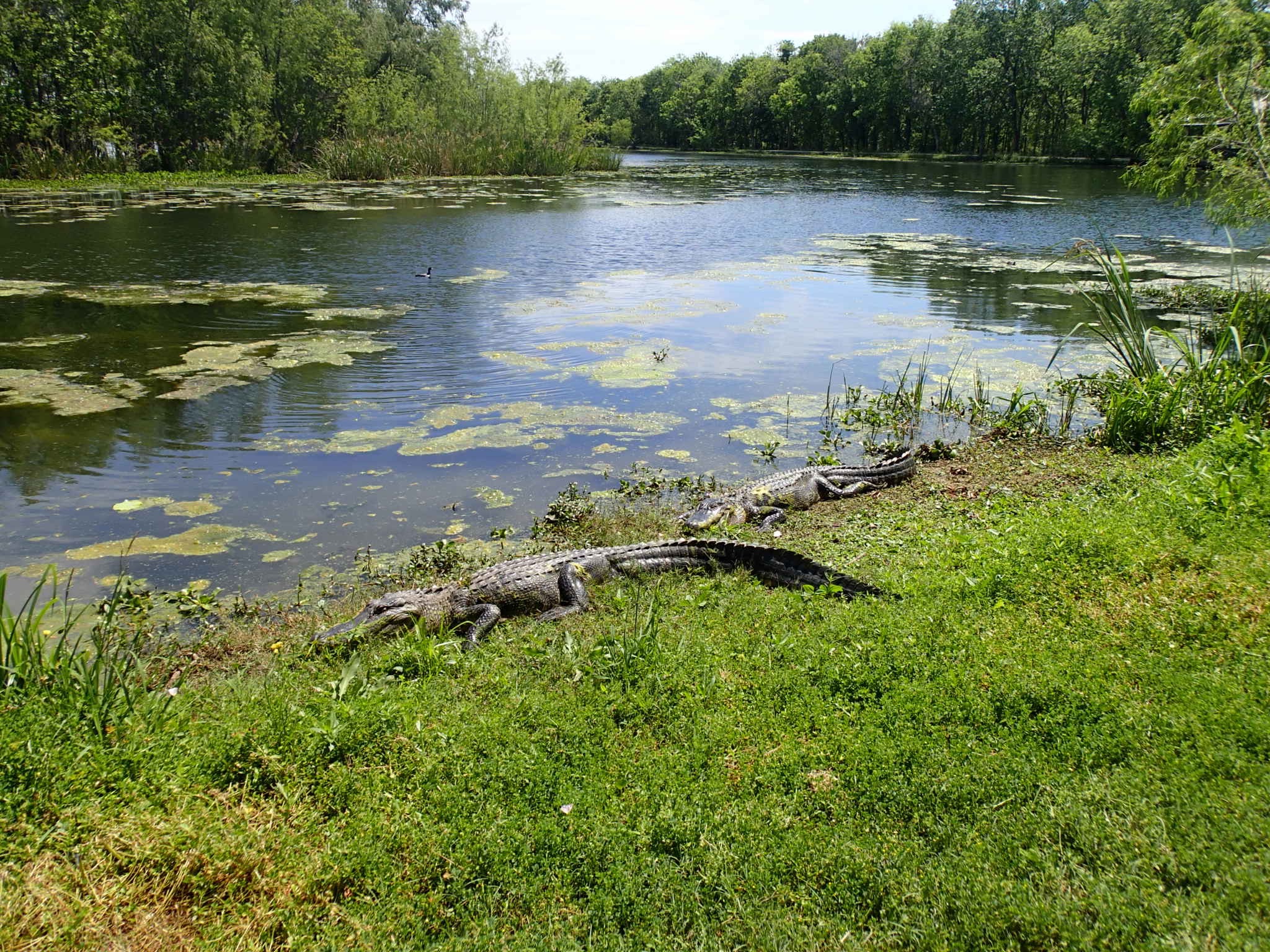 But the park itself has some gorgeous scenery and very well maintained trails, with water available at trail junctions. We hiked around the 40 acre lake, took the “Spillway Trail” past the observation tower over to Elm Lake, then hiked around it and back. This is a very small portion of the trails available in the park (park trail map here and a picture of the map section we walked is at the end of this post). There are 50 mile and 100 mile trail runs held in the park (in April and September respectively) and the 50 mile run goes for three loops of around 17 miles each. So there is a lot more to cover than the 5 miles we did this weekend.

There are quite a few wooden decks and bridges built so that you can peer into and over the water. 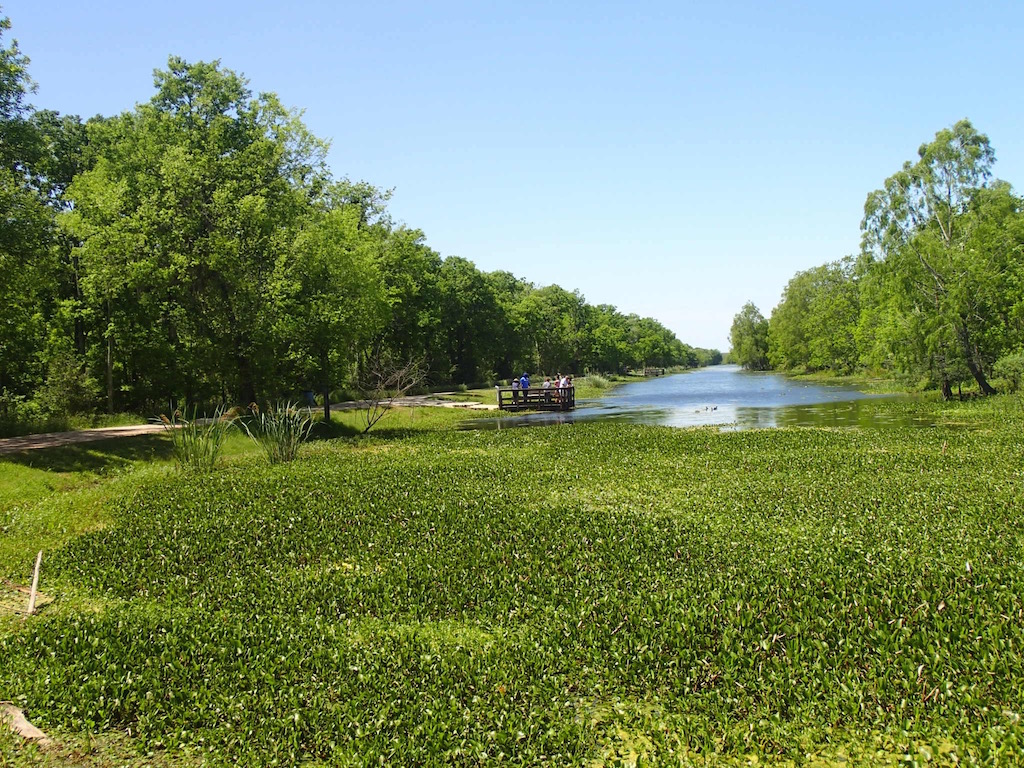 There were quite a few folks fishing, though we never saw any of them catch anything. I assume it is catch and release. If you look at the picture below, you’ll see an alligator floating just past these fishermen…maybe hoping for a lazy catch. 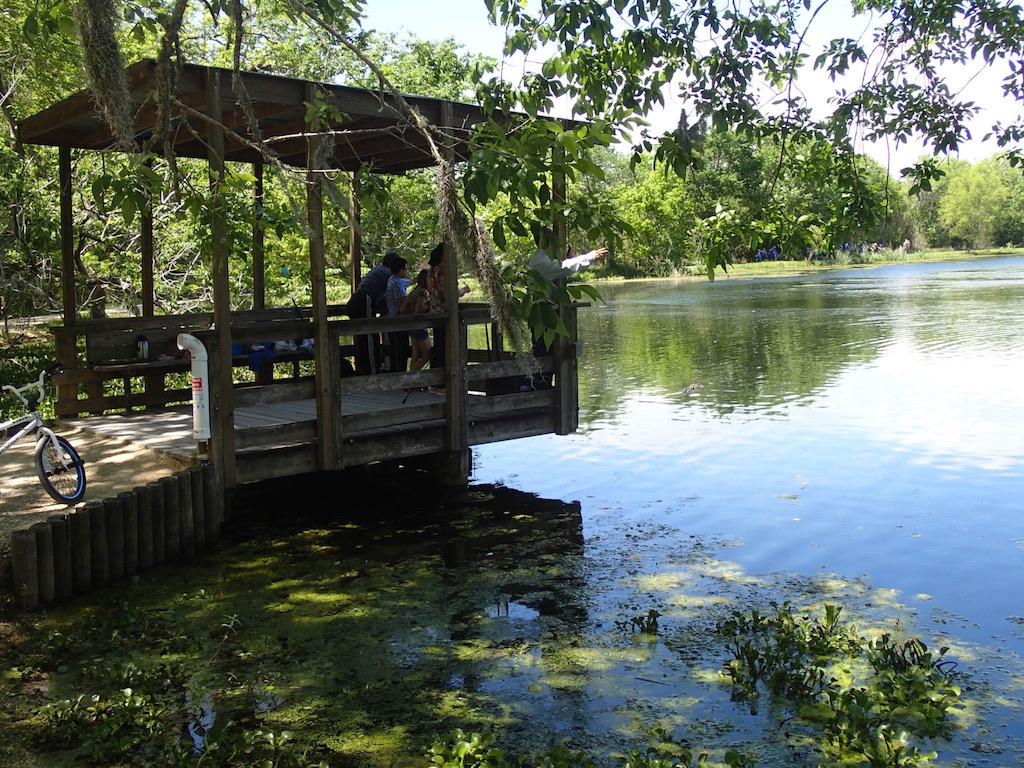 There’s also the George Observatory in the park, which holds lots of stargazing events throughout the year.

Most of the gators we saw were stationary, and hard to tell apart from statues (still doesn’t mean you should take a selfie with them…though Darwinism didn’t intervene when a couple did so). But occasionally you’ll get one in the water who starts moving around a bit. And they always draw a crowd…so pardon the screaming kids (not mine) in my video.

Here’s a picture of the same alligator, just floating along, minding his (or her) own business. 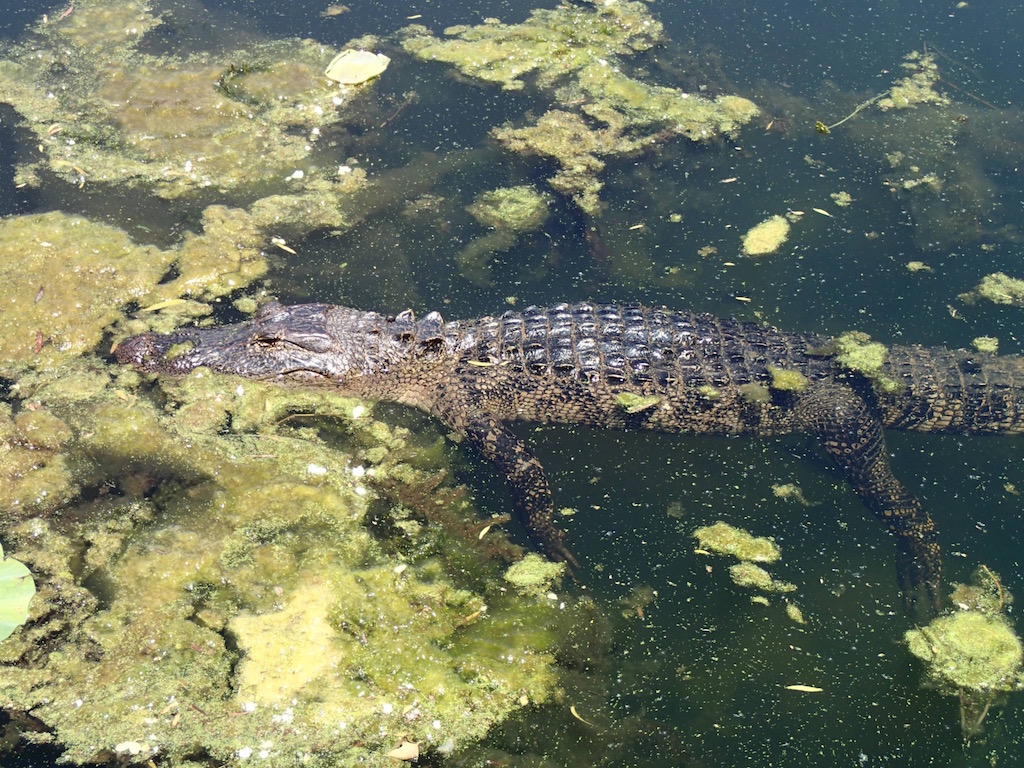 I assume that the park is also a bird-watchers paradise. There are multiple postings in the picnic areas that denote what type of birds are seen recently in which areas of the park. 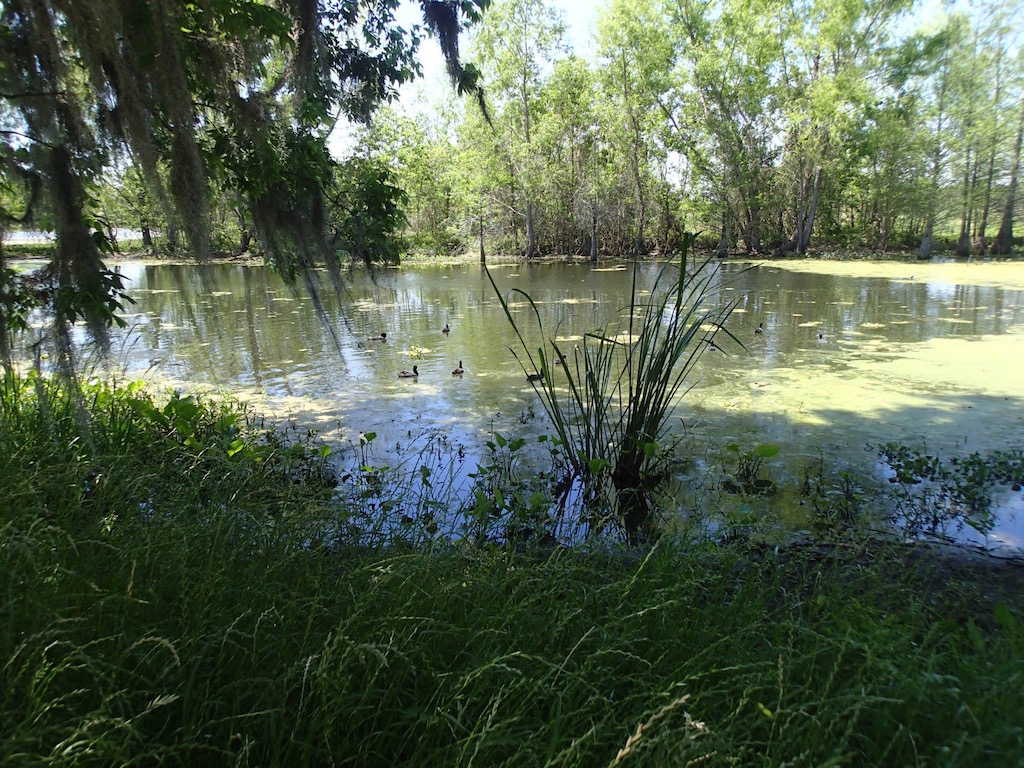 A few of the birds even act like you are not around.

And, there is a very good chance to see multiple birds in flight. With the backdrop of the lake, it is a sight to behold. 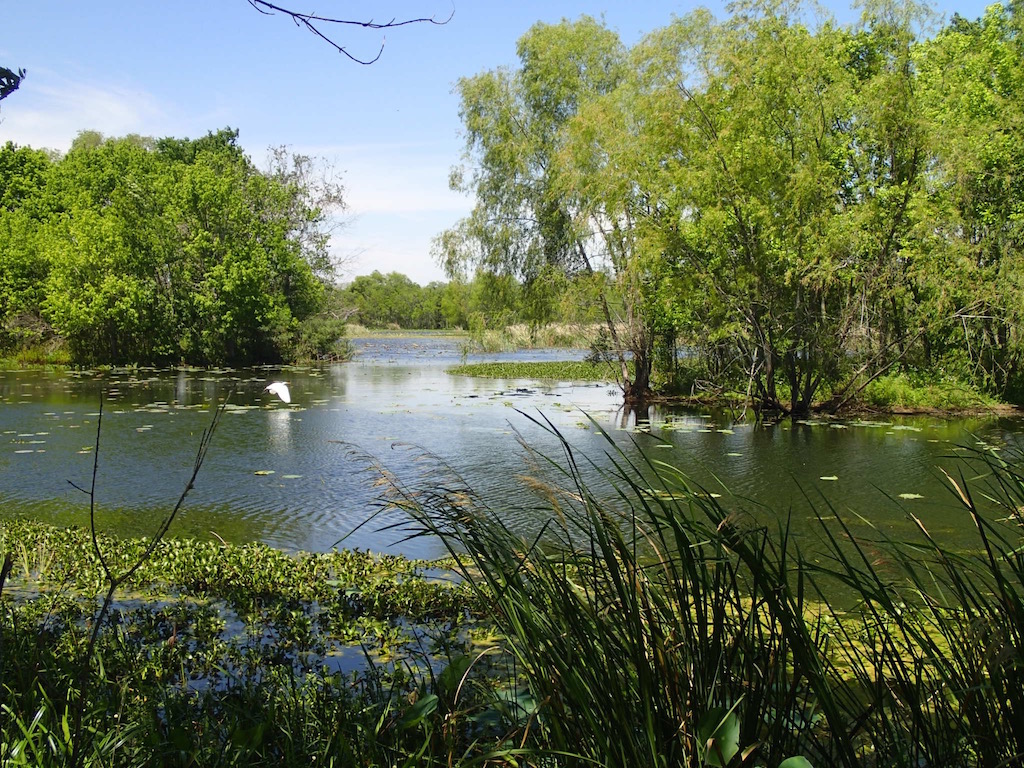 And of course, there are turtles. Even some that apparently babysit the smaller gators as a service. 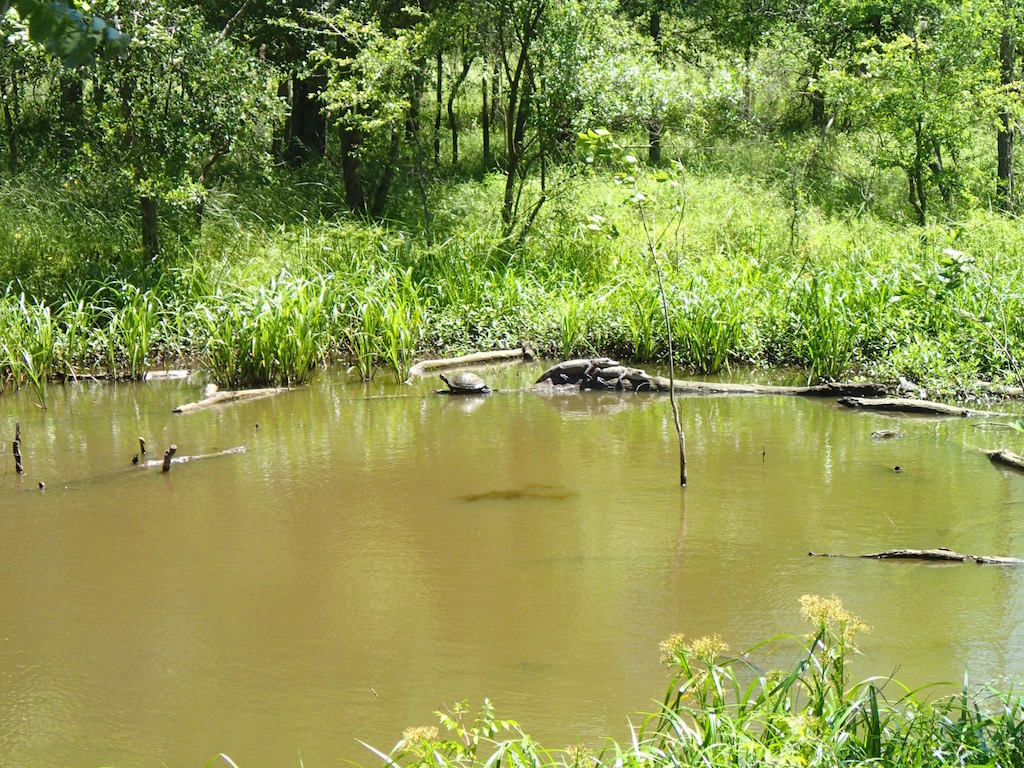 While crossing the spillway trail, we did see a couple of turtles coming out from under the bridge so quickly (at least for turtle speed!) we thought that they might have been chased by…something. But fortunately, they were just passing through.

Though we saw quite a few rangers/volunteers in the park, we also saw two places where there might have been a missing ranger. 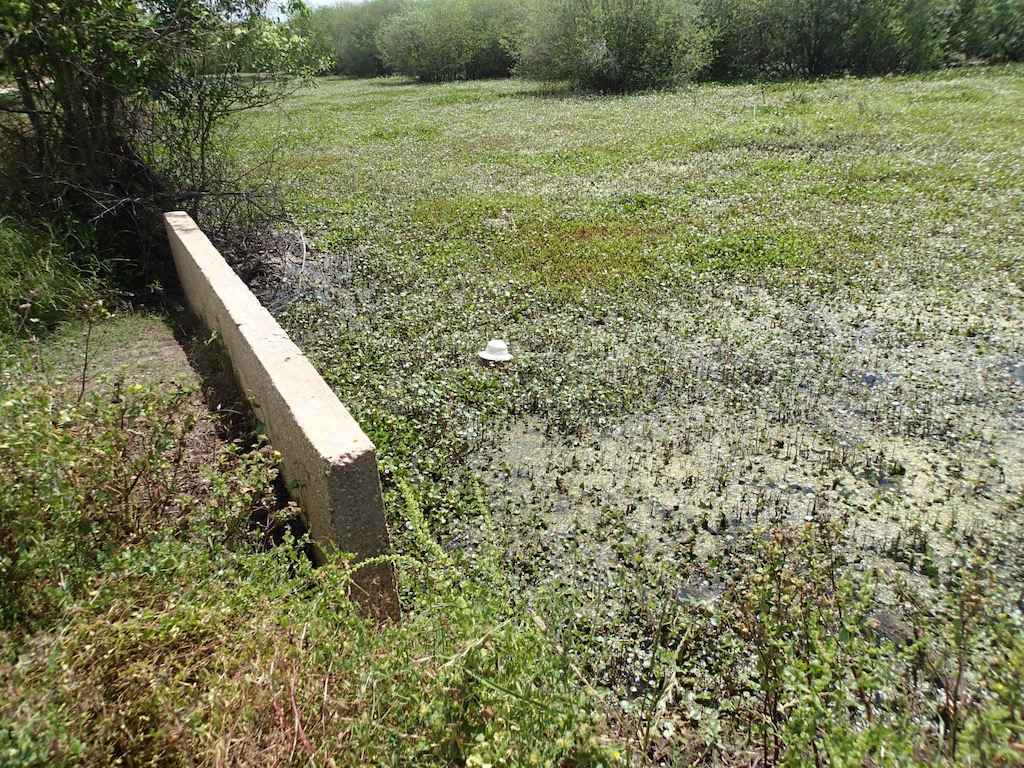 Maybe that is why these guys look so happy? 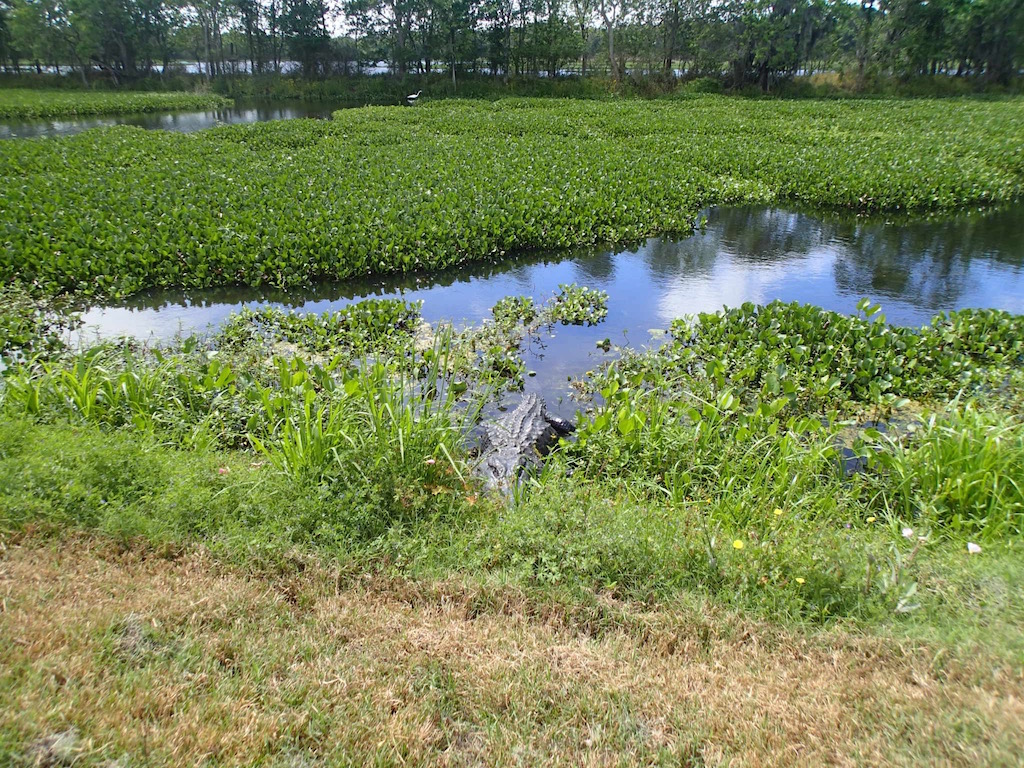 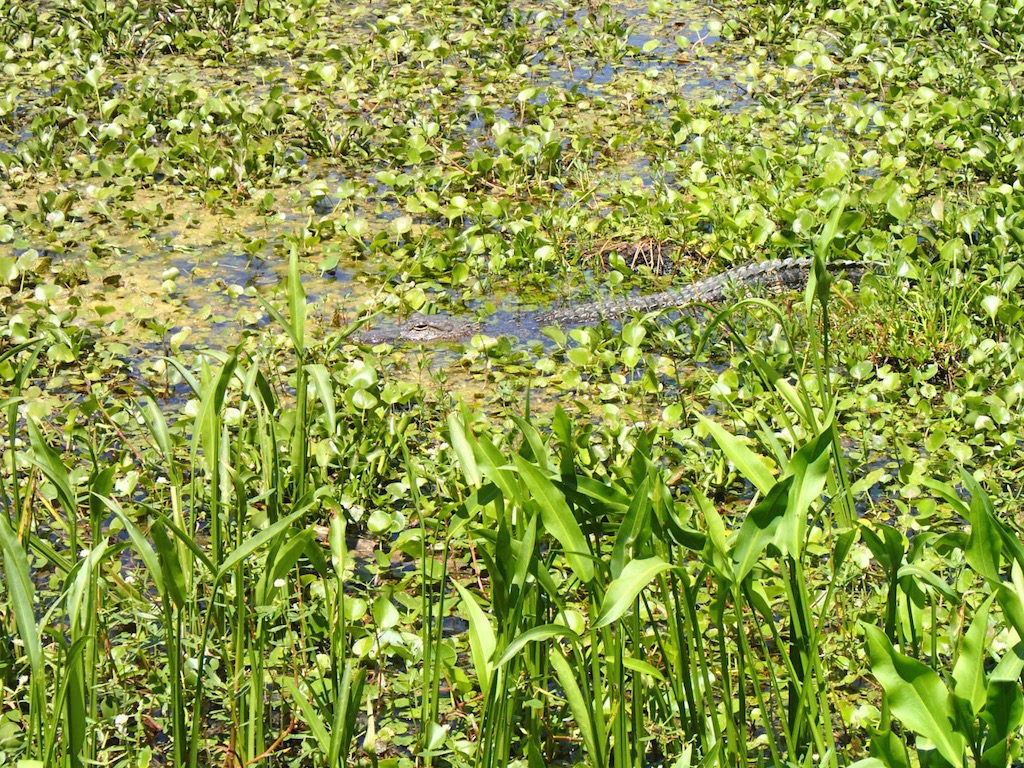 Picture of the trail map, zoomed in to the section we walked. We parked near 40 acre lake, walked to the left and immediately saw alligators. 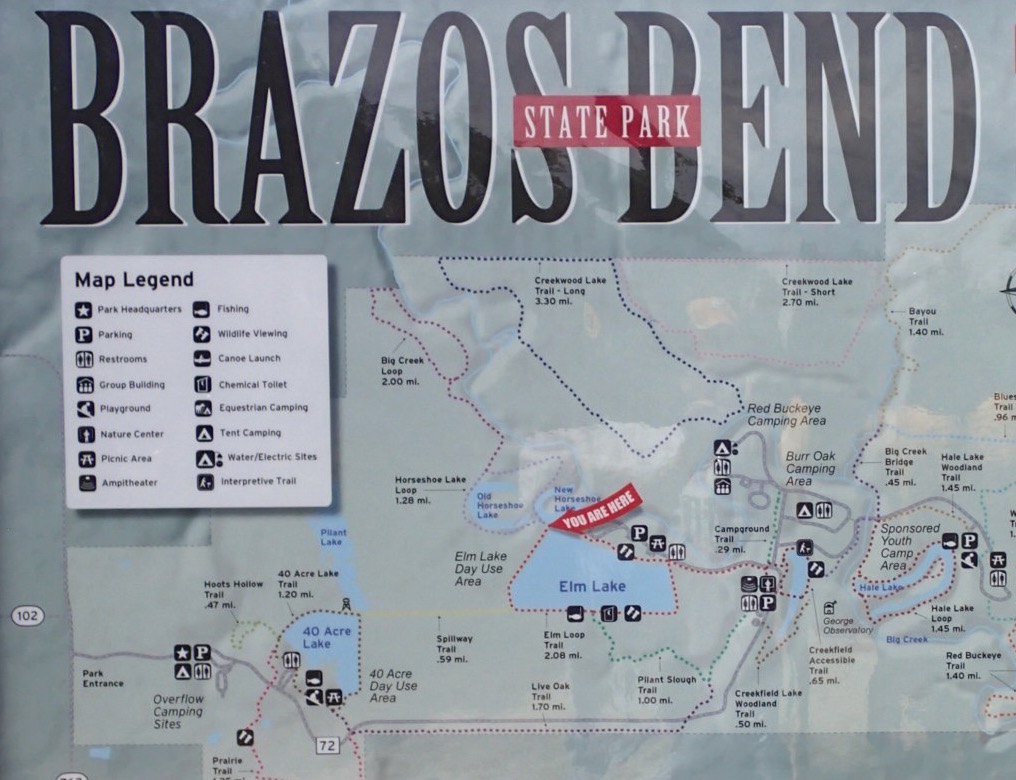 And remember, don’t feed OR annoy the gators! 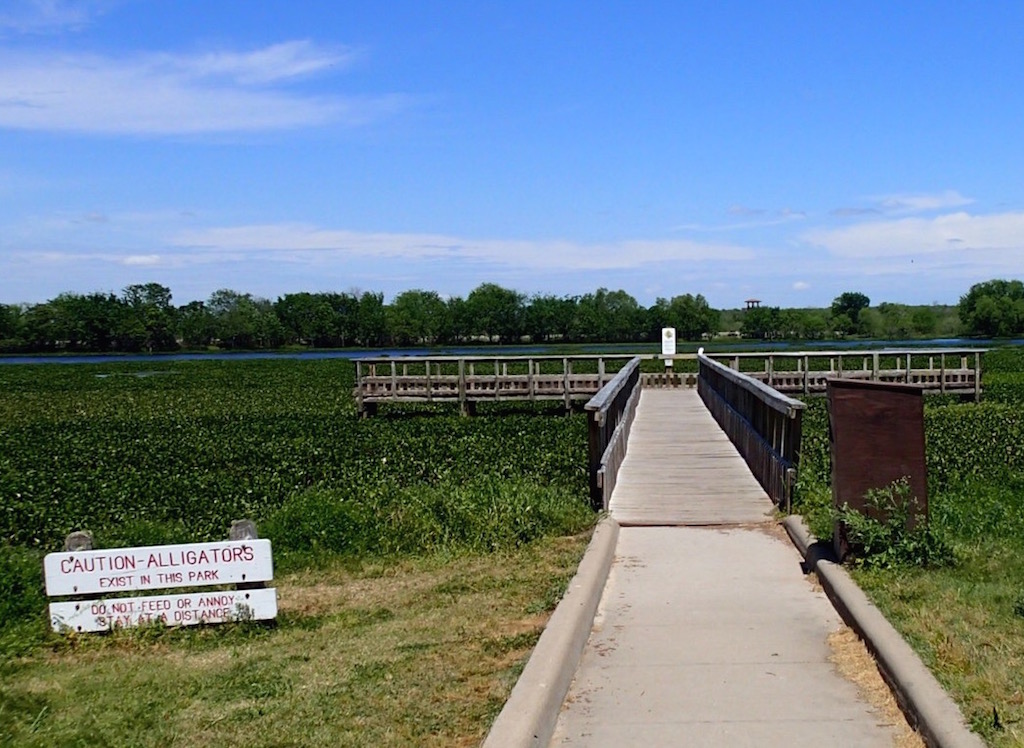