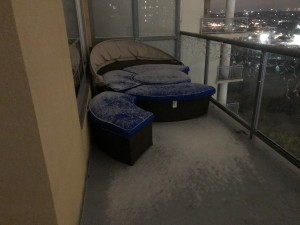 The Austin fireworks downtown launched from Auditorium Shores off Lady Bird Lake  started early, around 10pm, perhaps because the front was coming in and it was getting below freezing quickly…and it was snowing and/or sleeting a bit. Some of it stuck a little on the balcony furniture (photographic evidence to the right), and made it slippery to be out there (what a way that would have been to start the New Year: hey, I learned to fly, but not for very long!).

The fireworks went for about 15 minutes. The photos and videos below are looking up towards the Congress Street bridge. It appeared that they were either launching the fireworks from boats or from that small island just beyond the 1st street bridge – hard to tell in the dark.

Below are videos from the beginning, a couple near the end, and some photos from in between.

Here’s a segment of seven minutes at the beginning…then I wimped out and went inside. 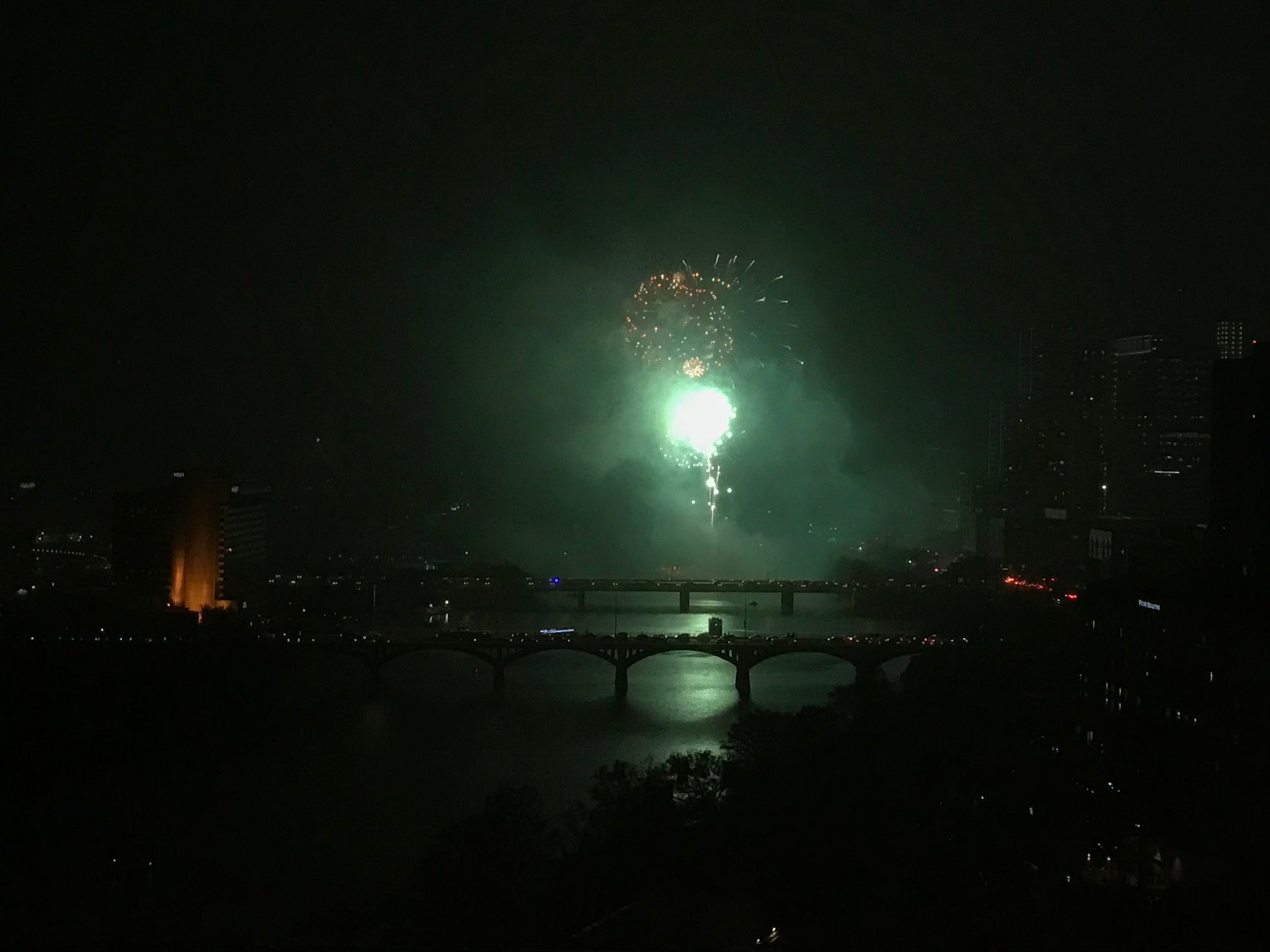 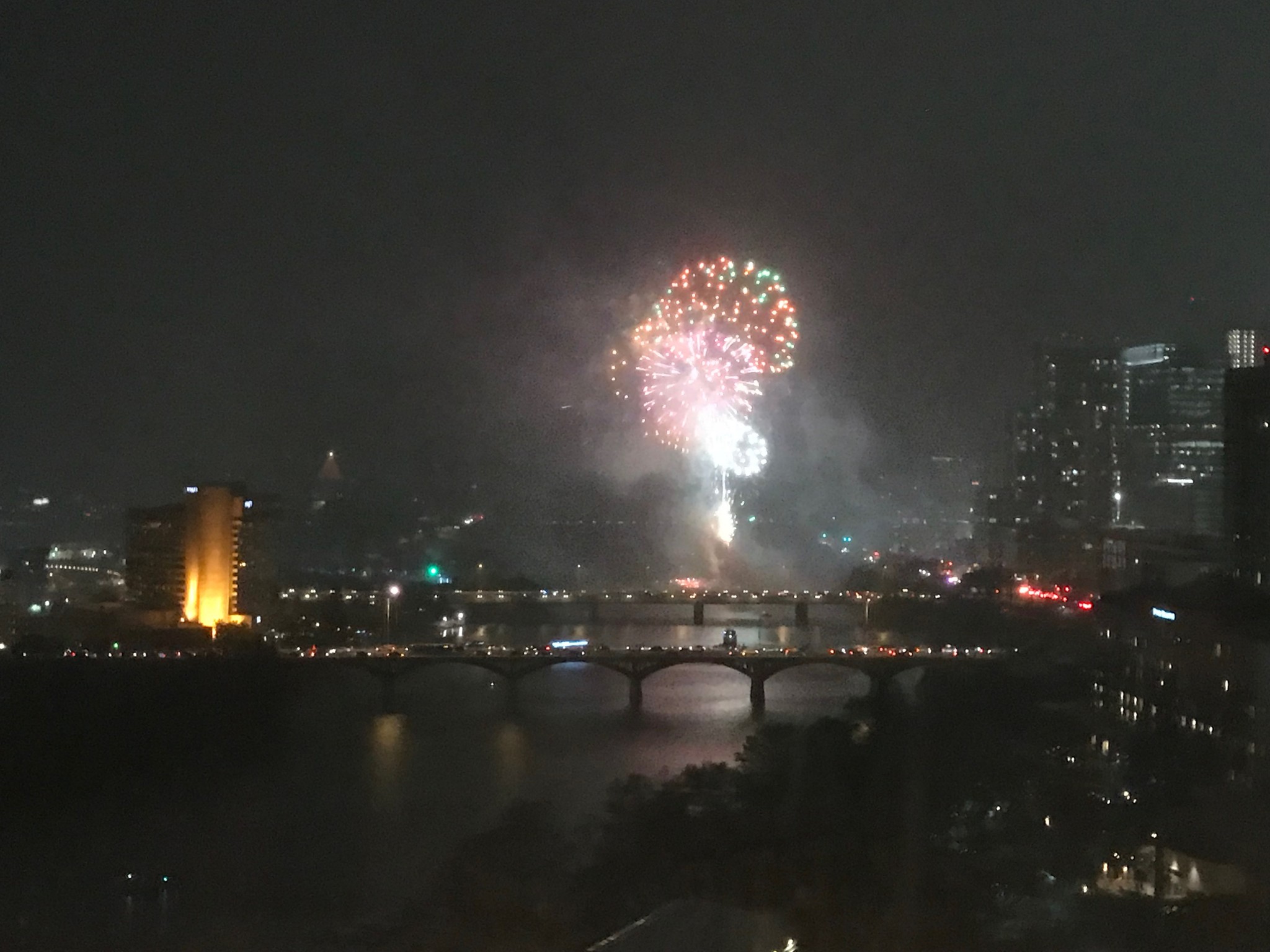 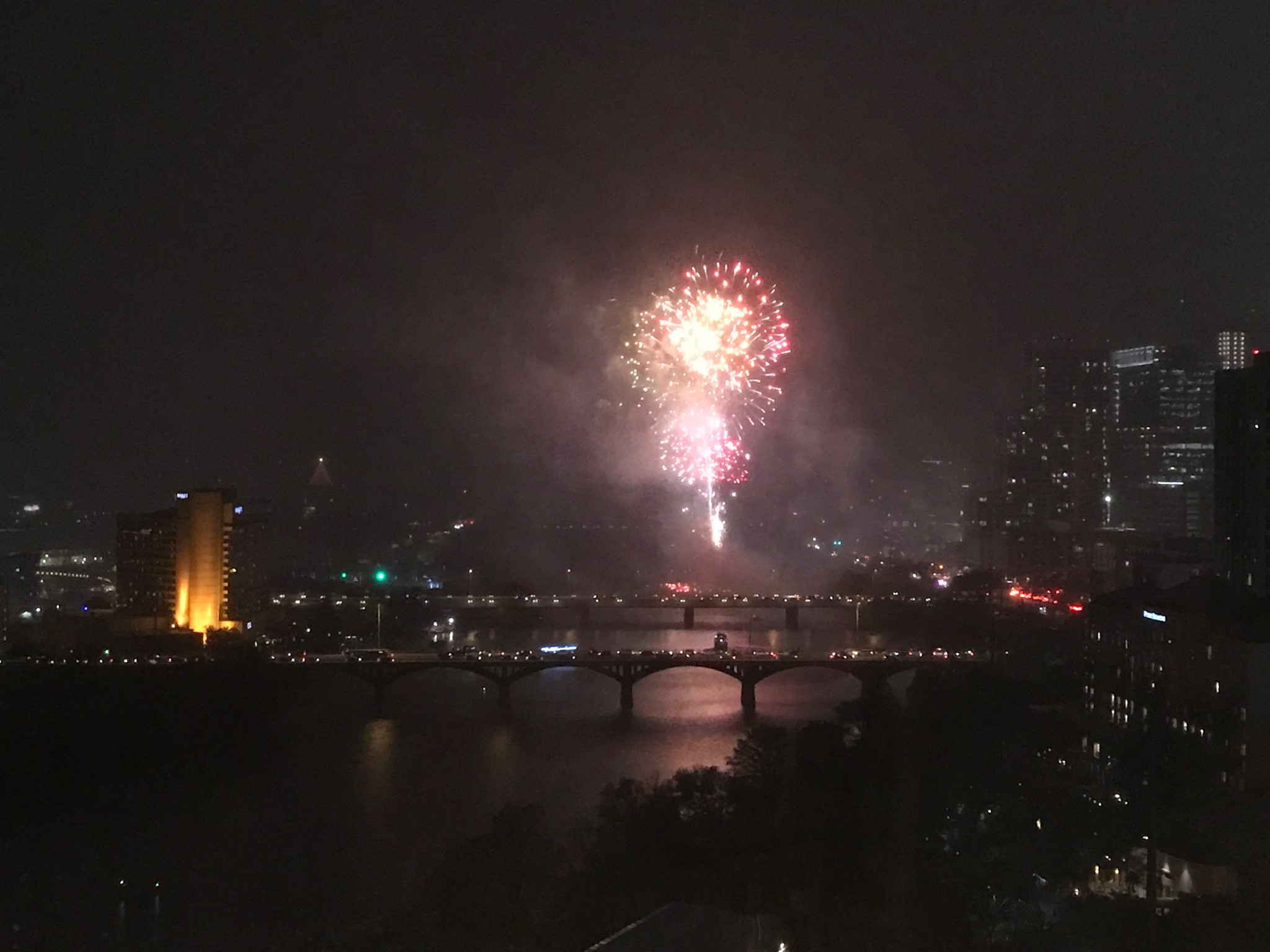 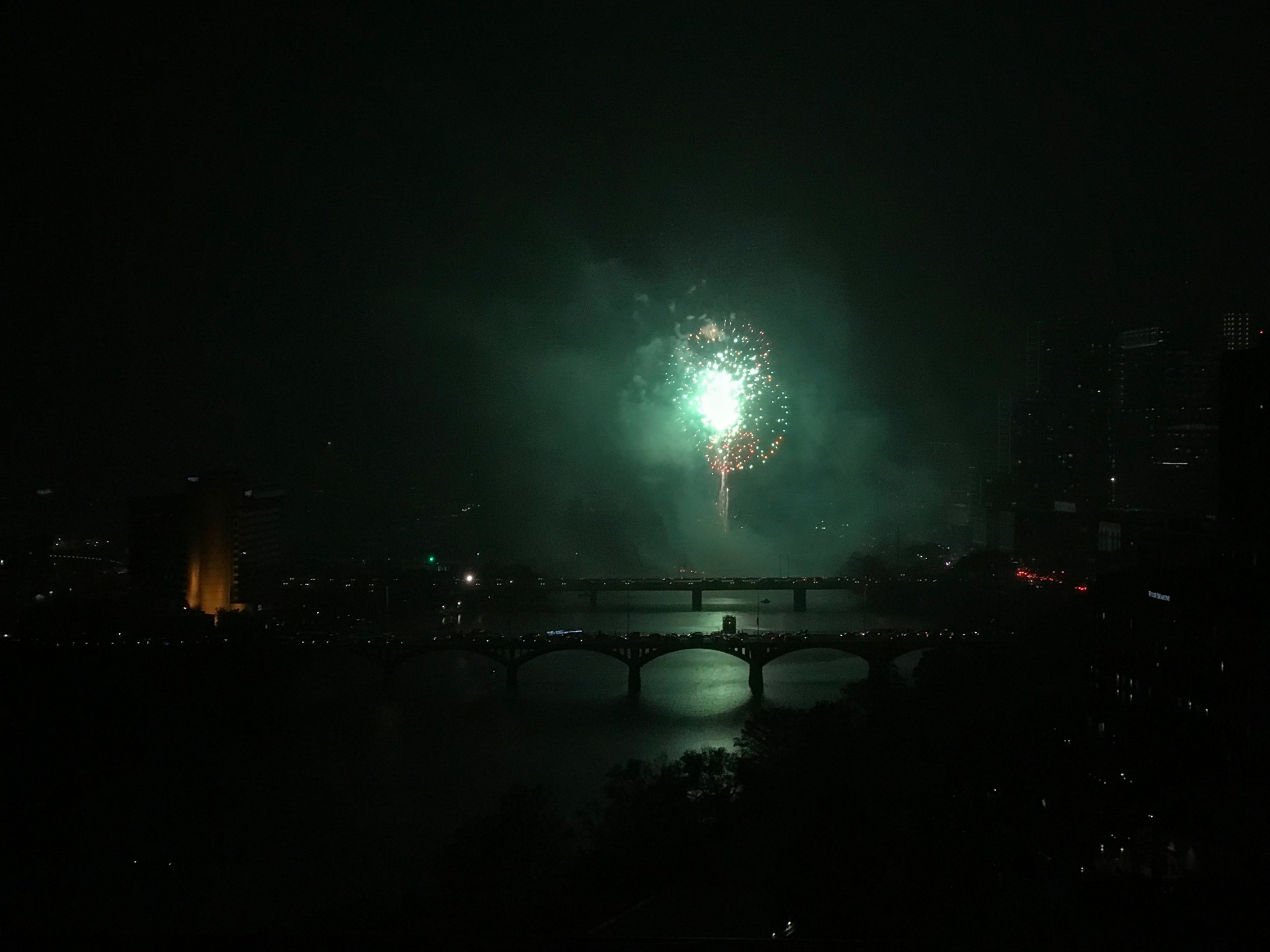 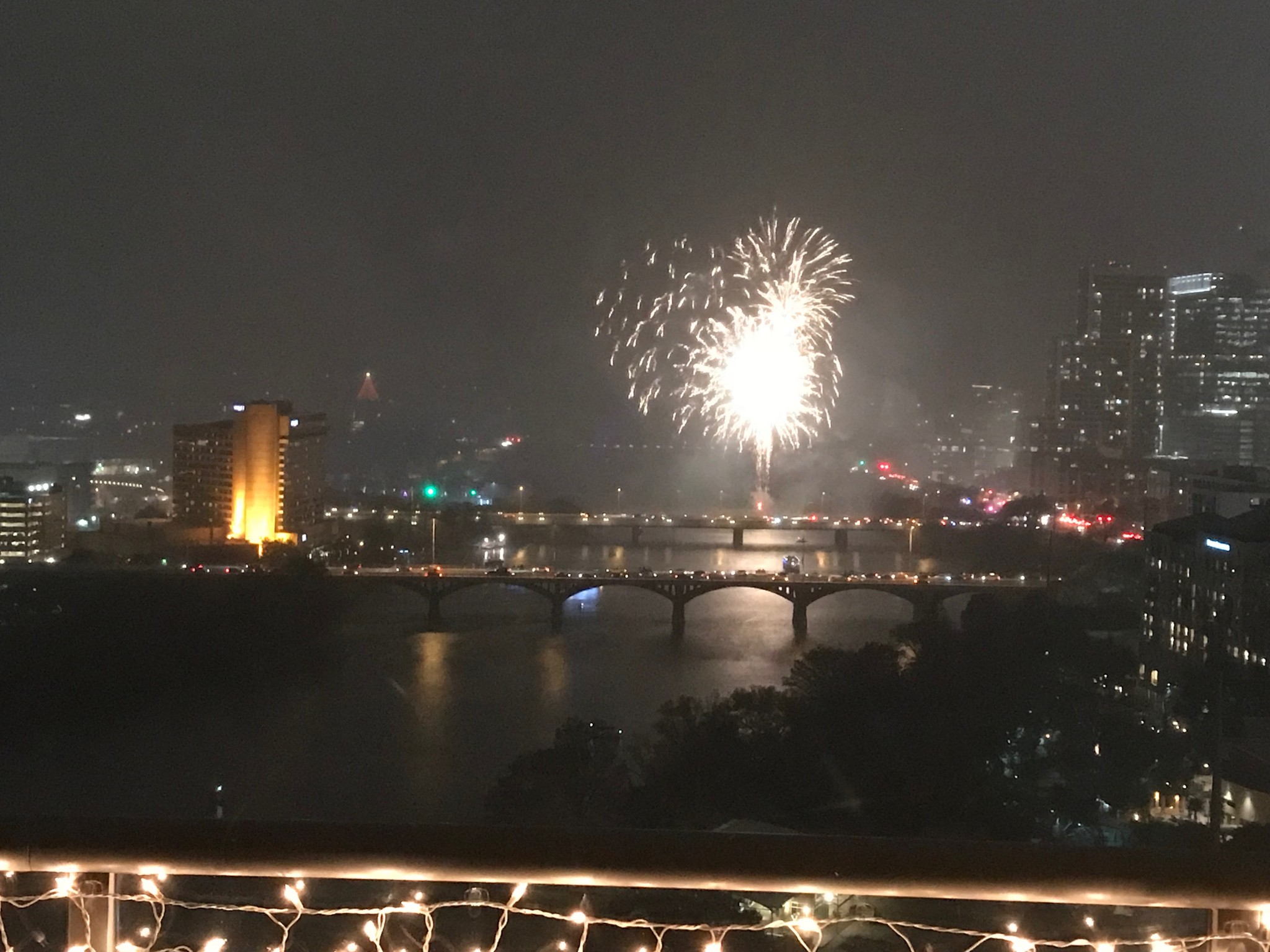 Then here are two videos of the grand finale – two because I stopped recording during a pause, and then they started shooting away again.