I honestly thought I had read all of Dan Simmons works, but was proved wrong when I stumbled upon Fires of Eden. Written in 1994 (just before Endymion was released, the third book in the Hyperion cantos, if that helps to place it in a timeline), it is, as many of Mr. Simmons novels are, an interweaving a some historical facts, some myths and lots of imagination. There are two timelines running in parallel:

The main conflict in both timelines is the eruption of the volcanoes on the big island of Hawai’i, caused by the on-going fight between the goddess Pele and her enemies (of which there are many) brought about to some extent by kahuna (Hawaiian shaman) invoking her name to get the haoles (non-Hawaiians) kicked out of Hawai’i.

This myth is discussed in several texts. From Fundamentals of Hawaiian Mysticism:

In one well-known myth, Pele, the volcano goddess, engages in a colossal battle with her would-be lover, Kamapua’a, the hog god, during which she tries to annihilate him with fiery lava and he tries to quench her fires with ocean waves. (pg. 27).

Simmons description of this is much more entertaining, told by Eleanor to Cordie while they are drinking an adult beverage called “Pele’s Fires” at the resort owned by Trumbo. It is interesting and effective author choice that has two haole are explaining Hawaiian mythos while drinking adult beverages. I’ve edited out Cordie’s non-essential rejoinders (sorry, Dan):

Eleanor took a sip of Pele’s Fire, cleared her throat and started again. “Pele is not one of the older gods, but she comes from the best family. Her father was said to be Moe-moea-au-lii, literally “the Chief Who Dreamed of Trouble,” but he disappeared early on and doesn’t figure into any of Pele’s later tales…”
“Typical male,” muttered Cordie, and sipped her drink. “Go on.”
“Yes…well, Pele’s mother was Maumea, sometimes known as Hina or La’ila’i. In her various forms, Haumea is the supreme female spirit, goddess of women’s work and fertility, the mother of all the lesser gods and of all of humankind, and and generally the female counterpart to all the male power in the universe.”
“Right on,” said Cordie, and lifted a clenched fist.
…
“Pele’s powers were created out of the womb of the Earth Mother the ancient Hawaiians called Papa,” said Eleanor.
…
“The ancients saw the universe balanced only in the embrace of opposites,” said Eleanor. “Male light penetrating female darkness , begetting a universe of opposites.
…
“Pele came late to these islands,” continued Eleanor, regaining her storyteller voice. “Her canoe was guided by Ka-moho-ali’i…”
“Hey, that’s the shark king you were talking about earlier,” said Cordie. “The old man of the brat who tried to eat me today. Sorry…I’ll keep my mouth shut.”
“You’re right,” said Eleanor. “Ka-moho-ali’i was Pele’s brother. Back in Bora-Bora, where the both came from, he was also known as the king of the dragons. Anyway, he helped lead Pele’s canoe to Hawaii. She landed first at Niihau and then moved on to Kauai. Being the goddess of fire, Pele had a magic digging tool – I think it was called Paoa. She used Paoa to dig fire pits in which she could live, but the sea kept rolling in and quenching her flames. Pele moved down the island chain until she came here to the Big Island, where she eventually found Kilauea to be just right. That’s been her home for thousand’s of years.”
…
“Anyway, before she settled here, Pele got in a huge battle of Maui with her older sister, Na-maka-o-Kaha’i, the goddess of the sea…”
….
“Pele and her sister slugged it out until Pele was killed,” said Eleanor.
“Killed?” Cordie looked confused.
“The gods have mortal sides,” said Eleanor. “When Pele lost hers, she became even more powerful as a goddess. And because she died here in Hawaii, her spirit could be free to fly to the volcanoes of Mauna Loa and Kilauea, where she lives to this day.”
Cordie was frowning. “I thought that Pele could appear as a mortal…”
“She can,” said Eleanor. “It’s just that she’s not mortal anymore.”
…
“It get’s complicated,” agreed Eleanor. “For instance, Pele is the goddess of fire, but she can’t make fire…that’s a male perogative. But she can control it, and she does on these islands. She has several brothers, also gods, who control thunder, explosions, fountains of lava, the so-called rain of fire…all the noisier and more dramatic but less powerful aspects of fire.” (pg 289-291)

The Samuel Clemens/Mark Twain historical fact integration follows Clemens’ adventures in Hawaii somewhat. In Clemens autobiography (have you not yet read this? egads!) there is a section entitled “My Debut as a Literary Person” where he talks about chatting with the survivors of the U.S. S. Hornet and being in the “Sandwich Islands” (as Hawai’i was called by some) in the 1860s:

I had been in the Islands several months when the survivors arrived. I was laid up in my room at the time, and unable to walk. Here was a great occasion to serve my journal, and I not able to take advantage of it. Necessarily I was in deep trouble. But by good luck his Excellency Anson Burlingame was there at the time, on his way to take up his post in China where he did such good work for the United States. He came and put me on a stretcher and had me carried to the hospital where the shipwrecked men were, and I never needed to ask a question. He attended to all of that himself, and I had nothing to do but make the notes. It was like him to take that trouble. He was a great man, and a great American; and it was in his fine nature to come down from his high office and do a friendly turn whenever he could. We got through with this work at six in the evening. I took
Twain, Mark; Smith, Harriet E.; Griffin, Benjamin; Fischer, Victor; Frank, Michael B. (2010-11-15). Autobiography of Mark Twain: The Complete and Authoritative Edition, Volume 1 (p. 128). University of California Press. Kindle Edition.

Thus the timeline is set for Mr. Simmons’ purposes. Both the past and current timeline participants first try to comprehend the Hawaiian mysticism that they find themselves in, and then they participate in ancient rituals as if they are believers. While this transformation of belief has neither the slow downward spiral of drug-induced belief of Drood (still one of my favorite books) or the reality scariness of The Terror, the book relates well the unrepentant belief of a native peoples in their gods…even a peoples trod on and trampled like the Hawaiians. There is a bit of foreshadowing of Black Hills in this novel, of native americans getting trod on and seeking a type of revenge of their own making.

Overall, yet another enjoyable read…but one that makes me question my memory and forces a review of Dan Simmons’ bibliography! 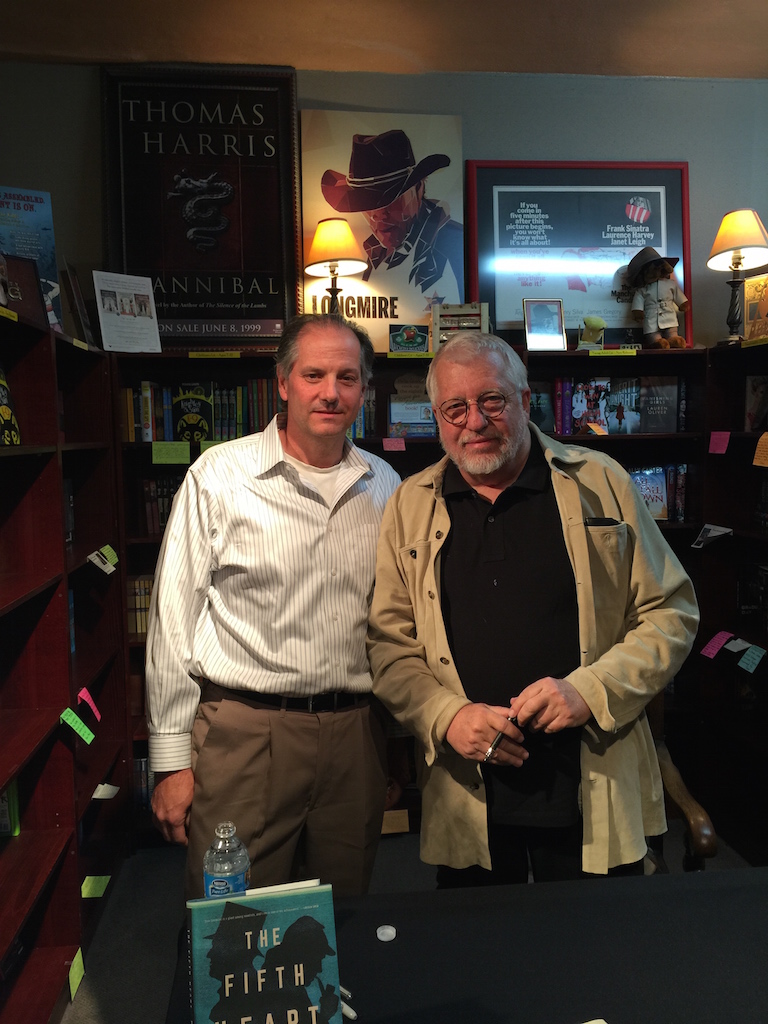