Red Sun: The Invasion of Hawai’i After Pearl Harbor. A Fictional History by Richard Ziegler and Patrick M. Patterson 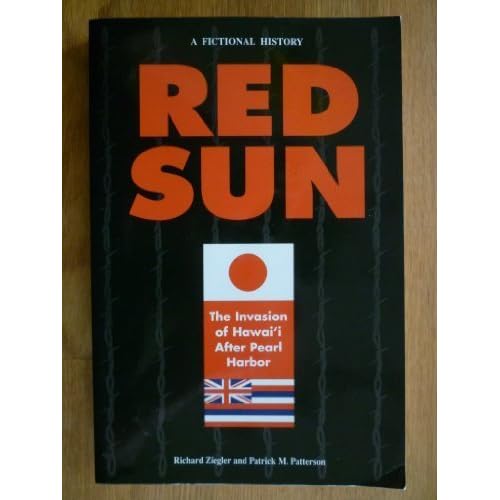 The book was written in 2001 by Richard Ziegler and Patrick M. Patterson, two instructors from the Honolulu Community College, and uses the above assumptions, combined with knowledge of Japanese and U.S. actions in other theaters to tell a compelling story. Through three different types of dialog (called Vistas, Vignettes and Voices), the story unfolds through fictional history lessons, personal accounts and reflections.

After having recently read Retribution, Max Hasting’s excellent account of the end of World War II in the Pacific, the references to other battles, to the treatments by the Japanese of their prisoners and the attitudes of the Japanese themselves all ring true in Red Sun. It is a very plausible what-if alternate history, complete with a set of notes at the end about what events were altered or assumed altered for the story.

With some great friends who grew up on the island of Oahu and still live there (which brings us the extremely wonderful privilege of visiting often), we are familiar with many of the landmarks and the terrain of Oahu. The assumptions the authors make about the invasion of the island, and the defense of those places are excellent hypothesis. The defense of the Mokapu Peninsula is spot on, mirroring that of Bataan.

The end of the book (which I won’t give away) is a fictitious rendition of one of the options Max Hastings reviews in his non-fiction summary. Though I would have preferred that the novel end inside the bounds of Hawai’i, the authors do follow their alternative history premise to a logical conclusion.

An excellent tale, highly recommended for those interested in World War II and/or Hawai’i history. Thanks to Bob for another excellent recommendation.