Getting Married is Like Having a Ring in Your Nose

On this 25th anniversary of our wedding, I tell the tale that many of you have heard, and cemented everyone’s admiration for my lovely bride.

She’s sneaky…and gorgeous. As skeptical as I was about marriage, I am continually surprised at how my love for her continues to grow after all these years. 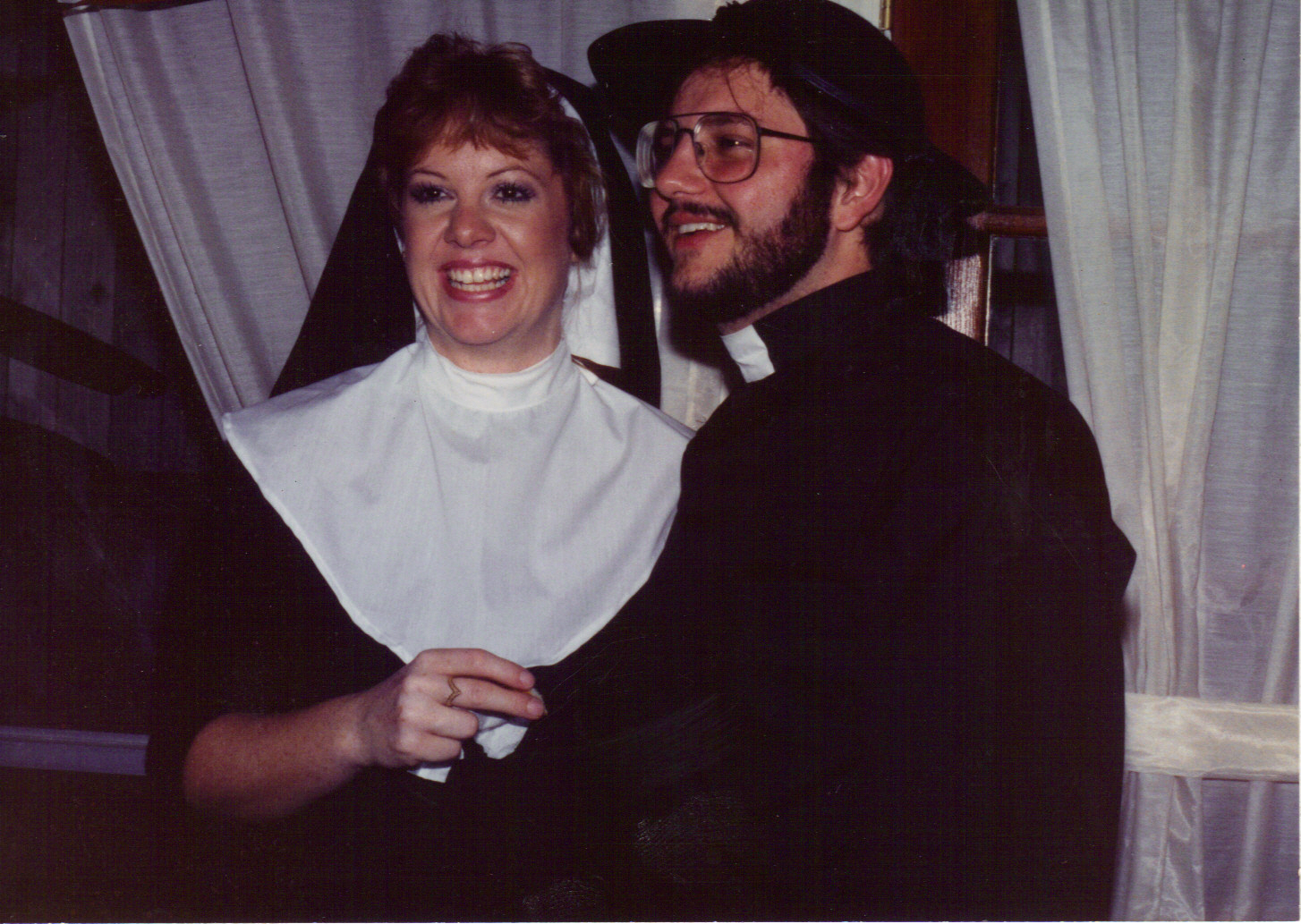 I published this essay about how, to everyone’s surprise, I came to be married to this lady in the book Voices In My Head, written for my mother and father on their 70th and 75th birthdays, respectively. I offer it now to mark the date 25 years ago when Audrey (and Sara) changed my life… and Audrey made sure I knew what I was getting in to.

Not much scares us. After all, my Granddad (Dad’s side) survived the trenches in World War I, plus the Great Depression. And we are fierce American Indians on my Mom’s side (Choctaw or Cherokee, depending on who is telling the story) and Comanche on my Dad’s side. We are built tough.

But the movie Jaws scared me.

When Jaws came out when I was a kid, every time my hand was over the side of my mattress in my sleep, I’d dream that mattress was a raft and my hand was dangling in the water, like chum for that shark to come and munch on. I’d be out of that bed and into my brother’s in a heart beat. It would irritate Terry, but he didn’t kick me out… that’s what brothers are for.

Sharks used to scare me. They don’t intimidate me much any more, since I got my scuba license and floated down amongst them for a bit (not bite). They are really enjoyable creatures to watch.

Many years (okay, decades) ago, marriages and weddings used to scare me too. Scare and intimidate, and I was loud and vociferous about my objections to them to hide those fears. Every wedding I went to during my days as a young man, I would torment the groom as much as possible with stories of their impending slavery. My tagline (which I should have made into a t-shirt and sold the rights to Vercie): “Being married is like having a ring in your nose that your wife can use to pull you
around by.” There were usually some creative curse words embedded in the phrase, but you get the drift.

I’m not exactly certain where this fear and disgust of marriage originated; my parent’s marriage seemed actually quite happy, until it was over. And I mean that with all sincerity. As you’ve seen (hopefully) from these stories, my mom and dad are excellent people. Divorce was more of a trend than an event at that time, most of my friends parents were busy getting divorces; some of them had parents who collected divorces like some people collect stamps.

I actually enjoyed going to most weddings; the party atmosphere, and the happiness after the tension (and the teasing that can go on to help ease the tension) are good experiences. I’ve been best man at several weddings (that I can remember). I did yeoman clean-up work after my brother’s post-wedding party, even gave a nice little toast where I refrained from trashing his new found marital status. I played cameraman, best man AND gave the bride away at my man Vercie’s wedding (this was after I was married, but it still makes a nice story…and the video is priceless). I managed to keep up with the Polish folk drinking whiskey at 9am on the day of Tim’s wedding (and I still remember the object lesson of scheduling too early of a flight home from Iowa so hungover that I white knuckled the takeoff, the ride and the landing).

We even did weddings in other countries. For a short time, we had three Mexican (or half Mexican) step sisters, and had three weddings in Mexico: one in Mexico city, one in Cuernavaca, and one in a place I can no longer remember. The Cuernavaca wedding was memorable for several reasons:

But, no matter who’s wedding, I teased them all, tortured them with the thought of me, free for all time of the chains of bondage that was marriage. I came downstairs in my apartment during college to find my brother and his bride-to-be in a very romantic embrace on the fold out couch. Turns out he had just asked Marie to marry him, and I was shocked that he would bring such cooties into my home. What if it’s contagious? What if I get infected? I wasn’t sure if I should wash the couch, fumigate or just move!

No ring in the nose for ole Lar, no siree.

Until Audrey got me in her sites on the Rugby field. You’ve already heard that story, or at least how I remember it.

I only asked her to marry me five times: four times when we had been drinking (she, of course, turned me down, with a not so subtle “ask me when we’re sober”), and one time sober. The last time occurred while we were doing yard work at the house she was renting. We were both dirty, sweaty and disgusting (well, I was disgusting; she even looks good dirty)…the picture of marital bliss. I proposed, she finally accepted.

And then I freaked.

I actually didn’t speak to her for several days, with her leaving me messages saying “It’s okay, I know this scares you, I won’t hold you to it.”

But I held myself to it. Why would I let her go? 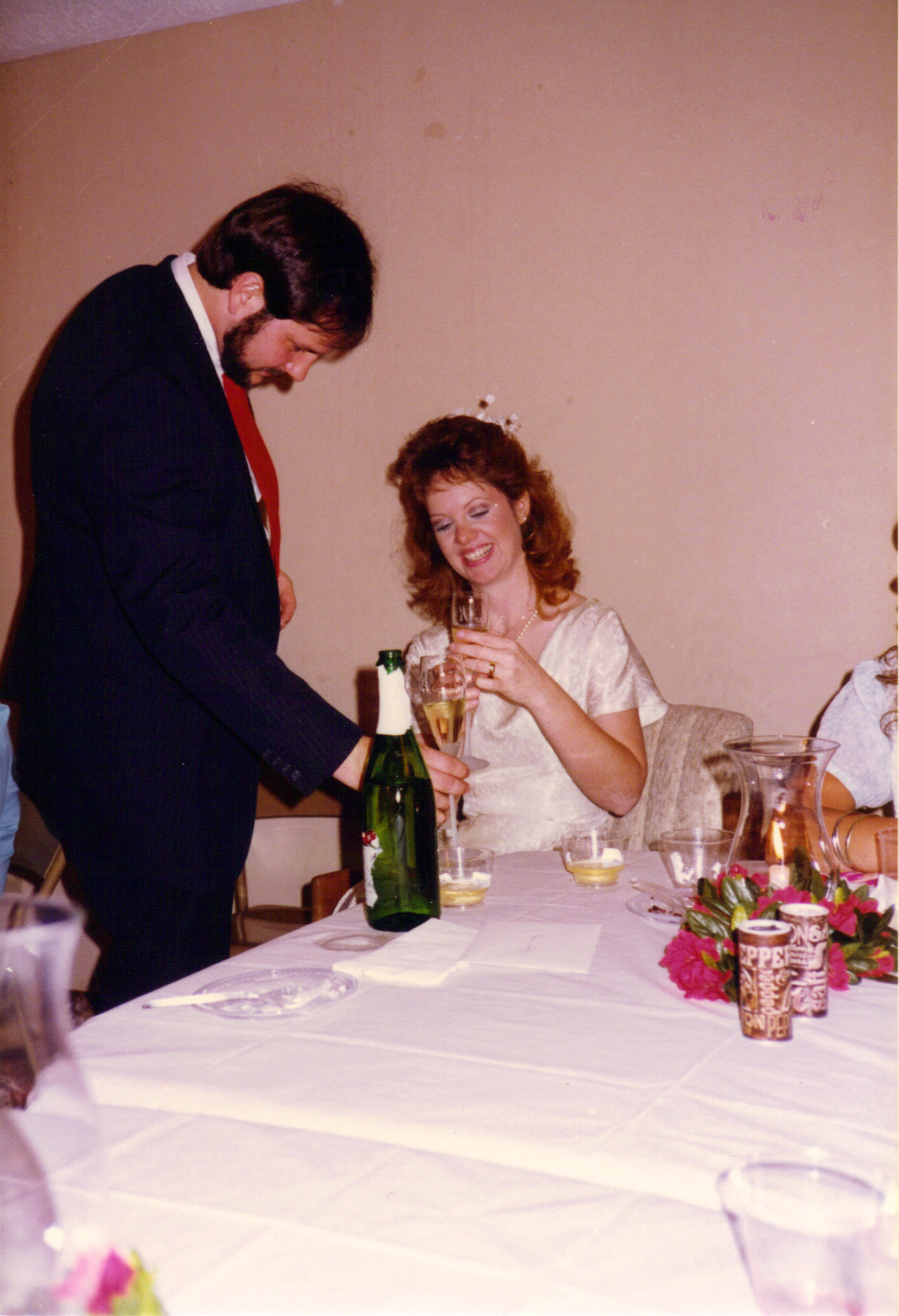 When our wedding week came around, I was still nervous, but had enough sense of the event that I planned our joint bachelor and bachelorette party on April Fool’s Day. Many of my friends were certain that I was still joking, and came just to see the punchline. Some are still waiting.

But the following weekend, April the 8th, we gathered again. The punchline could have been that I had one of my Texaco drinking buddies, Bill who was an ordained minister, perform the ceremony. Audrey uses that factoid to this day, when she decides we are not really married because Bill couldn’t have been a minister and it wasn’t legal.

During the ceremony, I concentrated on staying vertical, staring at Bill, certain everyone could see the sweat rolling down my back. My bride was wearing her mother’s antique wedding dress, and Sara made a great flower girl/witness/interested party trying desperately to stay awake. With my brother at my side, just like he was during those scary shark nights, I thought I just might make it through the formalities to a shot of liquid courage afterwards.

When Bill pronounced us, my brother leaned into me and said “Welcome to the club” or something to that affect. I couldn’t focus my eyes, I was so glad the ceremony was over. When I finally did, I saw a thin gold ring in my brother’s nose.

A quick scan of the assembled friends and family showed me that EVERYBODY had a ring through their nose.

Again, sensing that I’d been had by a friend, I accused Kenny, my friend and Compaq colleague who was fond of practical jokes.

Stunned, I turned to Audrey. She flashed me one of those smiles that said many things, but mainly “I love you, but you should never underestimate me.”

Somehow, while I was sweating it out under the pressure of the day (and assumed she might be nervous as well), she managed to sneak in a large amount of toy gold rings that could be easily spread apart and attached fashionably to one’s nostrils. While I was doing some glad handing or other triviality, she was talking the entire gathered assembly, family and friends, young and old, into putting these things into their nose while I was frozen with fear. 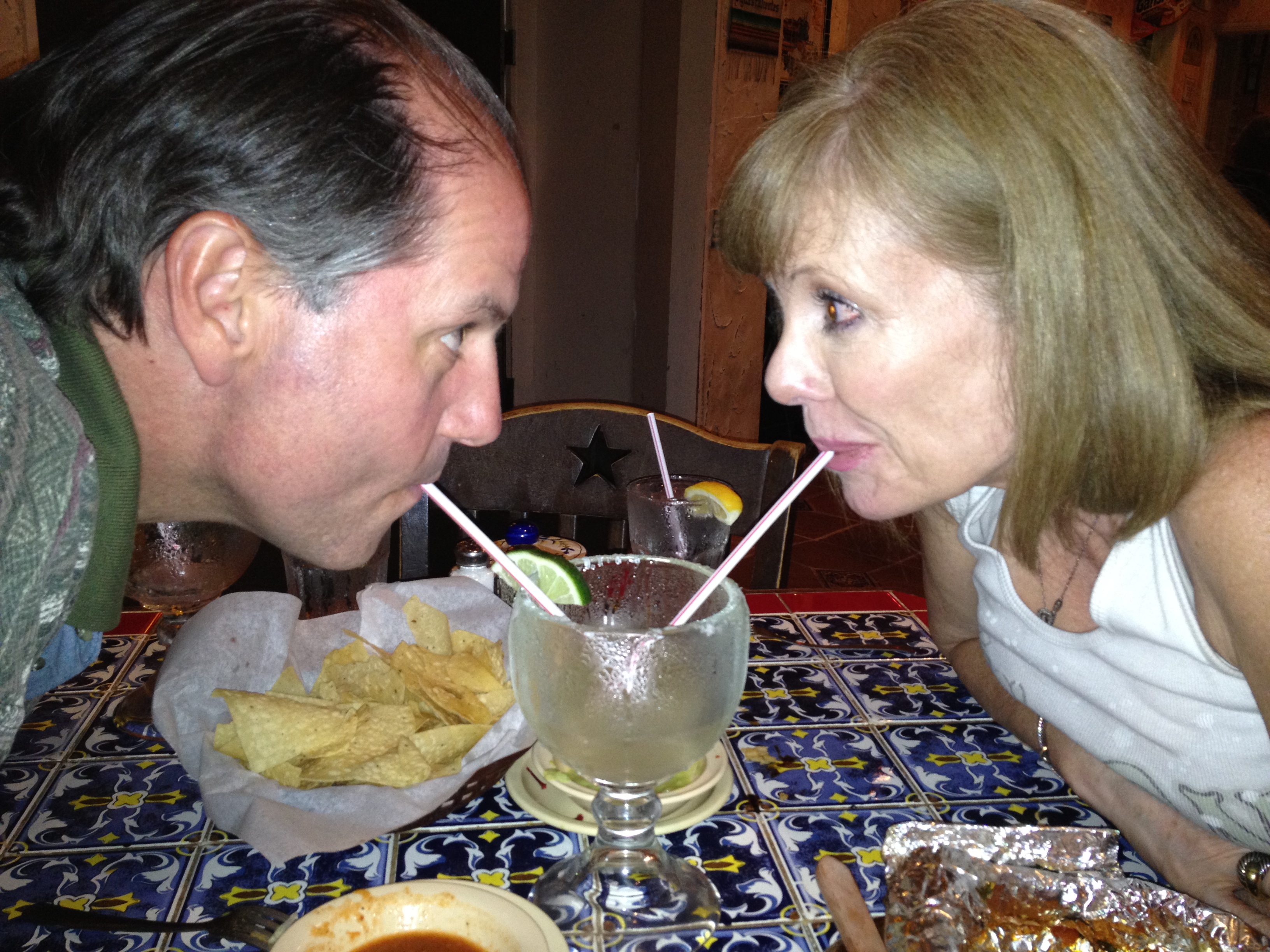 We’ve been married twenty-five years. I love her more than I ever thought possible. And she still has a bag of those rings around here somewhere…just in case I need a reminder.