As much as I tried to make the return to Osten Ard in The Witchwood Crown last, for there is a wait of at least a year before The Empire of Grass arrives, it had to end at some point. Similar to the binge watching Netflix crowd who like to feast on entire seasons of a show in a few (or one!) sittings, I like to line up the books in a series and plow right through them. This is not just for continuity, but also for the freshness that comes with the characters. I’m in the midst (interrupted only by Tad’s latest) of a straight read through of Steven Erikson’s Malazan Book of the Fallen, which is a march through ten massive novels (with some of his cohort Ian Esselmont’s stories thrown in as well).

It will take me a while to get my thoughts together, but I would certainly agree with the job title attributed to Mr. Williams in the DAW promotional note that accompanied the book I received (thanks John!)….Tad Williams is indeed a  California-based fantasy superstar. He may not get paid as much as that other California-based fantasy superstar (who plays for Tad’s hometown Warriors)…a deeper conversation on the compensation differences between those who write prose that will last several lifetimes, and those who entertain us with skill in sports. 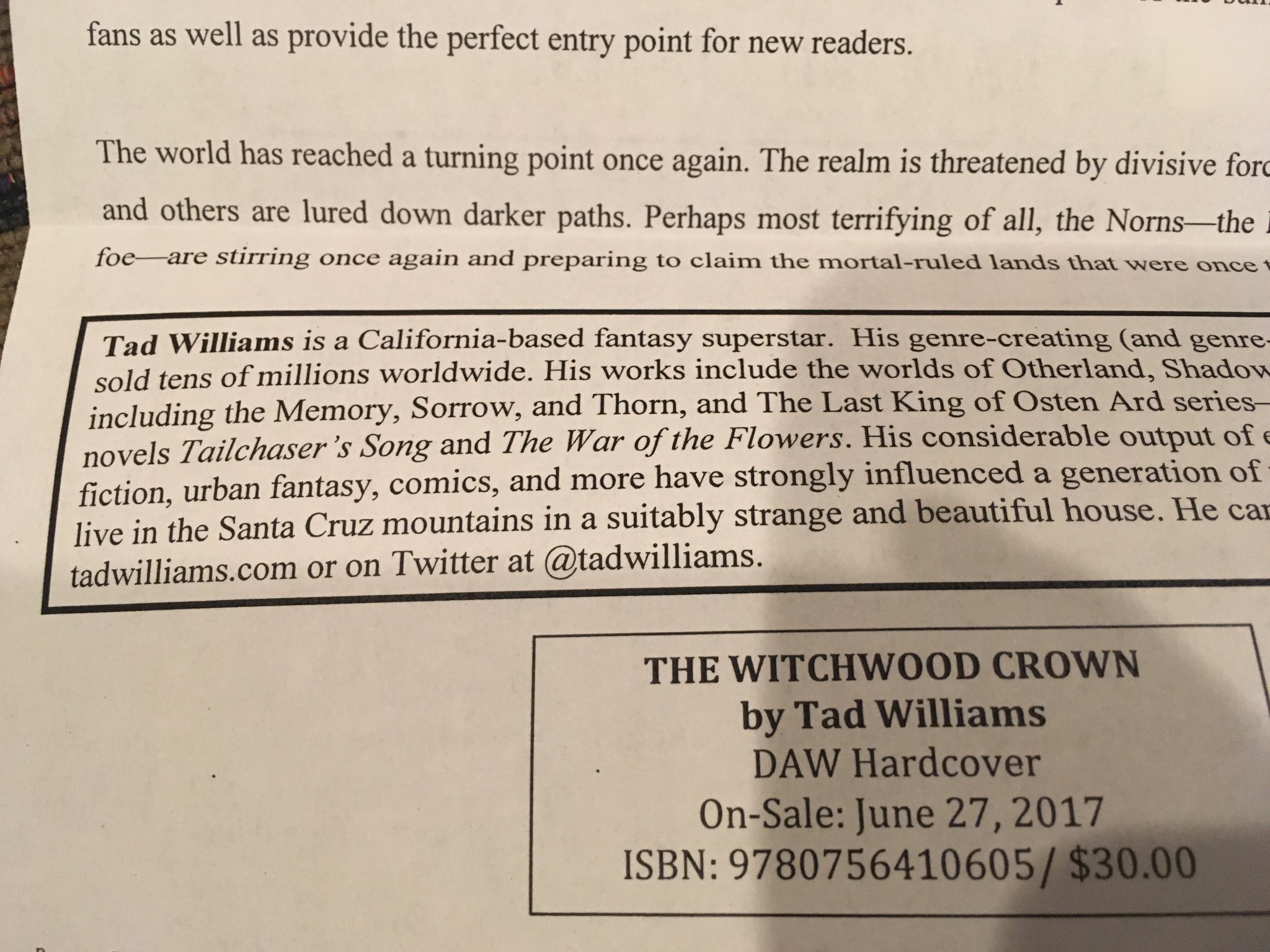