I like maps. And I’m not referring to Google Maps, Waze or Apple Maps. I’m talking about paper maps. I still have the Texaco maps of states we drove through on camping trips with my parents in a Jayco Pop-Up camper, with my own felt-tip pen lines showing the roads and the stops along the way. Thus I’m quite content with the maps in The Witchwood Crown.

In the original Memory, Sorrow and Thorn, our hero (not Simon – the author, Tad Williams) not only played the role of writer but also of cartographer. He’s listed on the credits page, and in the bottom right of the maps is a “TW” set of initials. 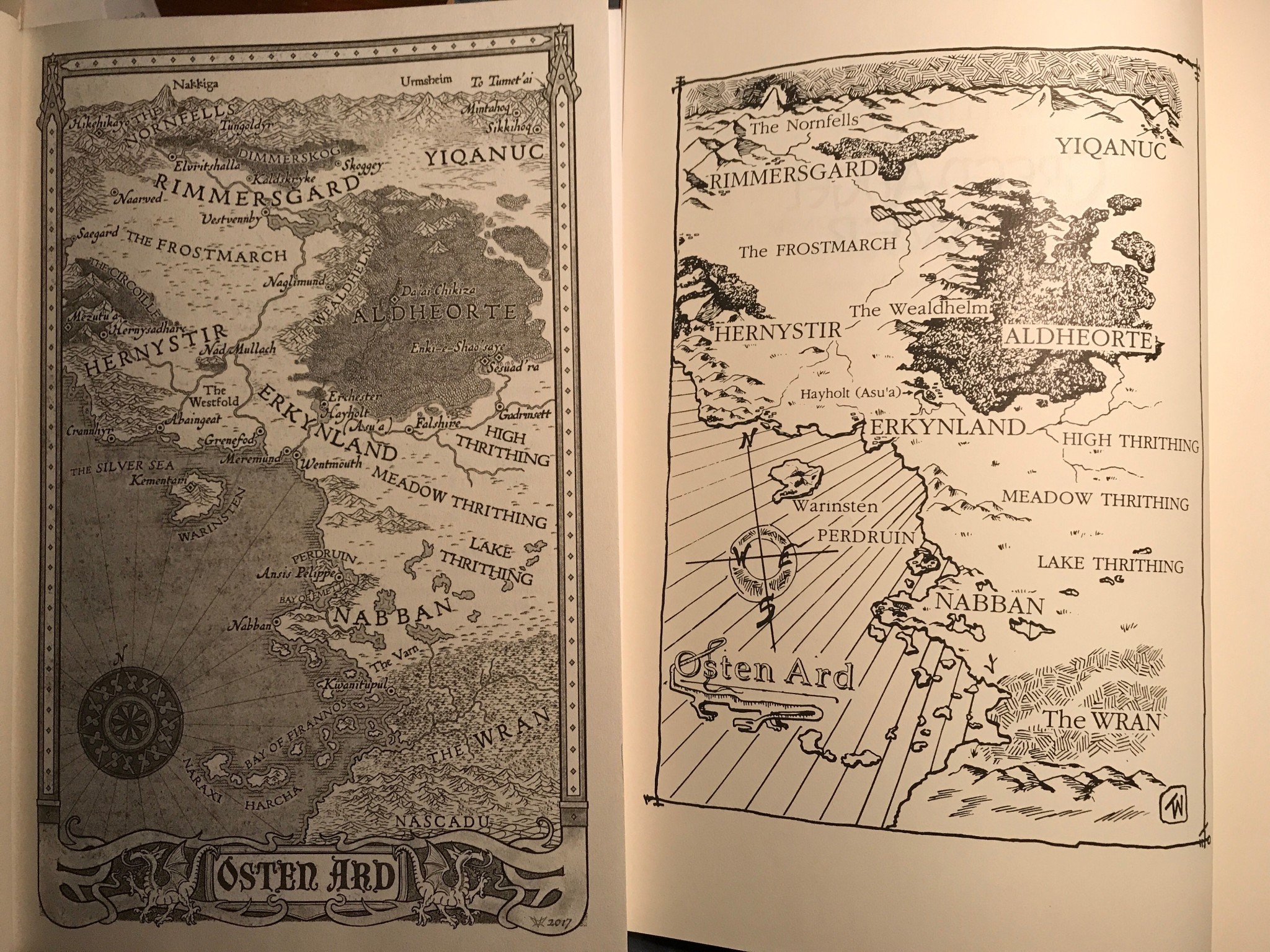 The new map is excellently similar to Tad’s original map. Stewart’s has more detail, more names of places that were visited and discovered in MS&T. But I like the way it carries on the old tradition while embellishing on the original.

In typical Tad fashion, The Witchwood Crown has three parts (no names as thar be no spoilers here) and each part has one of Mr. Stewart’s maps at the beginning (in addition to the map pictured above which is at the beginning of the book). Each of the maps show additional detail of particular areas of the first overall map.