book notes – Failure Is Not An Option by Gene Kranz 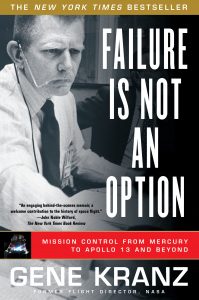 For about four years (before I was in kindergarten until the 2nd grade) my family and I lived in Indian Harbor Beach, Florida, which is just a few miles from Cape Kennedy.  The first few chapters of Gene Kranz’ book Failure Is Not An Option take place in this area, then move to Houston…where we moved to from IHB, and stayed for another four years. Though I was very young, the beginning of the space program was always a presence – my Dad’s job included trips in the south Atlantic to a remote place called Ascension Island, where there was a NASA tracking station. At home, Mom would put us up on the roof of our house to watch the launches while Dad was watching from much further away.

Gene Kranz was flight director during the Gemini and Apollo missions, but got his start when the space program was just beginning. Kranz’ tale, and the story of the United States starting its space flight program, starts in late 1960, just before I was born.

I did not really research the program before I joined. I knew that it was called the “man in space project.” Lyndon Johnson, then Senate majority leader, was given the job by President Dwight Eisenhower of determining how we should respond to the Soviets’ launch of Sputnik on October 4, 1957. The impact of the first orbiting satellite, visible to the naked eye as it passed through the night sky over America, was profound. Sputnik was a shock to national pride – Russian science had put the first object in outer space, giving Americans both an inferiority complex and a heightened sense of vulnerability in what was then the most intense phase of the Cold War. (pg. 15)

There have been many books written about the first few teams of astronauts. Failure is Not An Option focuses on the others who made the early NASA programs happen – the controllers, the technicians, the simulators, and all the rest who had the seemingly mundane tasks of putting together tests and checklists. Without these people, the moon landing would never have happened, and no doubt more people would have lost their lives in the process.

From 1961 to 1972, the NASA team, starting from scratch launched and learned from an incredible list of missions (see this Timeline of Mercury, Gemini and Apollo missions): six Mercury missions, ten Gemini missions and eleven Apollo missions, including six lunar landings. It easy to forget the iterations the NASA Team had to go through, building procedures, checklists and go/no-go processes mostly from scratch. Kranz provides background not only on the missions that made headlines but how the teams went through simulation after simulation to get better between every mission…and how to learn through their mistakes. They did so mostly with mounds of paperwork and note-taking, with primitive computers (as an aside, see this excellent browser-based Apollo simulator…complete with launch checklist!).

The last lunar landing was December 7, 1972. Forty-six years since there was a human being on another world (moon, planet, whatever) is an enormous gap that will hopefully be ended by SpaceX or Blue Origin. By way of comparison, SpaceX has launched Falcon 9 missions 68 times over 9 years (2010 to 2019) nearly five decades after NASA launched 27 missions (Mercury, Gemini and Apollo) in 11 years.

During the final EVA Cernan and Schmitt unveiled the plaque on the LM landing gear that commemorated the conclusion of the first period of exploration of the Moon, voicing the hopes of the astronauts, controllers, designers, factory workers, secretaries and clerks. Speaking for the Apollo generation, Cernan concluded, “This is our commemoration that will remain here until someone like us, until some of you who are out there, who are the promise of the future, will come back to read it again and to further the exploration of the meaning of Apollo.”

Below as some brief notes of each section of the NASA program as described in the book.

As I read through this section, there were parallels in the incremental approach Kranz and team took to improvements, and how we approach rapid design, development, testing and deployment of software. There is constant testing and simulation, and consistent communication with the users (in Kranz’ case, controllers and astronauts). Taking this approach with software for business is obviously much lower risk than the life and death situations Mission Control was dealing with but there are lessons to be learned from the successes and failures of the race to the moon.

The image below which compares the relative sizes of the launch vehicles and command modules of Mercury, Gemini and Apollo also appears in Failure is Not An Option. This image is from Wikimedia.

The Gemini 7 flight was a saga of human endurance and spirit. Borman and Lovell were cooped up in a spacecraft smaller than the front of a Volkswagen Bug. The ejection seats and instrument panels limited their range of motion. … The crew would be virtually immobile for fourteen days. Try to imagine yourself stuffed into a confined space like this for fourteen hours, much less fourteen days. (pg. 158-159)

We watch several of these launches from the roof of our house in 1968 and early 1969. Our family moved from Indian Harbor Beach in 1969 to Houston – the other center of the space program. The Mercury and Gemini programs were just a bit before my time…but the Apollo missions were very influential. A photo of my collection of Apollo pins is at the bottom of this article.

After the Apollo 1 tragedy, Failure is Not An Option documents the recovery and planning to support President Kennedy’s statement of putting a man on the moon before the end of the sixties.

In March 1967, the mission designations were changed. After the Apollo 1 fire, there would be no Apollo 2 or 3. Two unmanned Saturn 1B tests – AS201 and 202 – were not redesigned with a sequence number. The next mission after those two Saturn 1B flights was designated Apollo 4, the first flight of the Saturn V. (pg 206)

The first landing on the moon, from inside Mission Control:

The crew report almost brings us to our feet. “Forty feet, picking up some dust, thirty feet, seeing a shadow.” They are going to make it! It is like watching Christopher Columbus wade ashore in the New World. Carlton calls, “Fifteen sec…” then stops.

There is a lengthy pause in all crew communications, then, “Contact light…engine stop…ACA out of decent.” It takes me a second to realize the crew is going through the engine shutdown checklist, just as they did in training. It really sinks in when Carlton, in a droll, almost bored voice says, “Flight, we’ve had shutdown.” Duke responds, “We copy you down, Eagle.” (pg. 292)

Below is a map from NASA that shows the locations of the lunar landings. 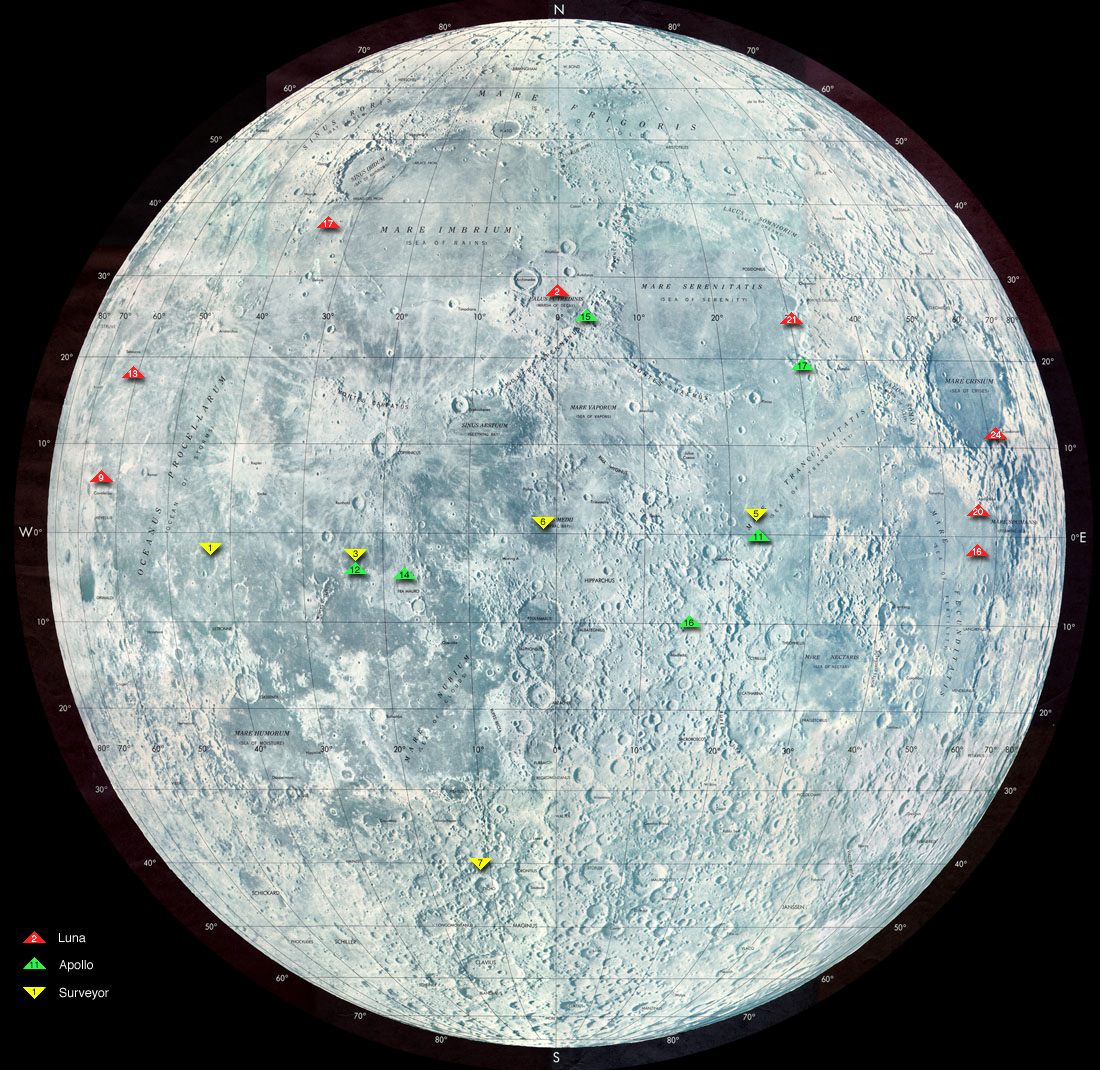 With the Apollo 15 mission, on the moon with the final EVA of the flight, there is a grim reminder of the costs of getting to the moon.

Nearing the end of the final EVA Scott and Irwin had one last, sad duty to perform before they lifted off and returned to Endeavour. Four week before their flight, three Russian cosmonauts had died during the reentry of Soyuz 11. They had been in orbit for a record 23 3/4 days (570 hours), and the spaceship made an apparently flawless landing. The three were found unmarked, reclining in their seats as if asleep, killed almost instantly and silently by an oxygen leak. It was an eerie reminder, as if one were needed, of the unpredictable nature of space voyage.

Scott and Irwin left on the Moon a plaque with the names of the three Russian astronauts, adding theirs to the honor roll of others – the Apollo 1 astronauts, the Soyuz 1 astronaut, and all the rest – who had lost their lives in the quest to explore the universe.

It still appears far away, but hopefully other humans will once again step foot on the moon and see these plaques and other remnants of the Apollo missions from decades ago. 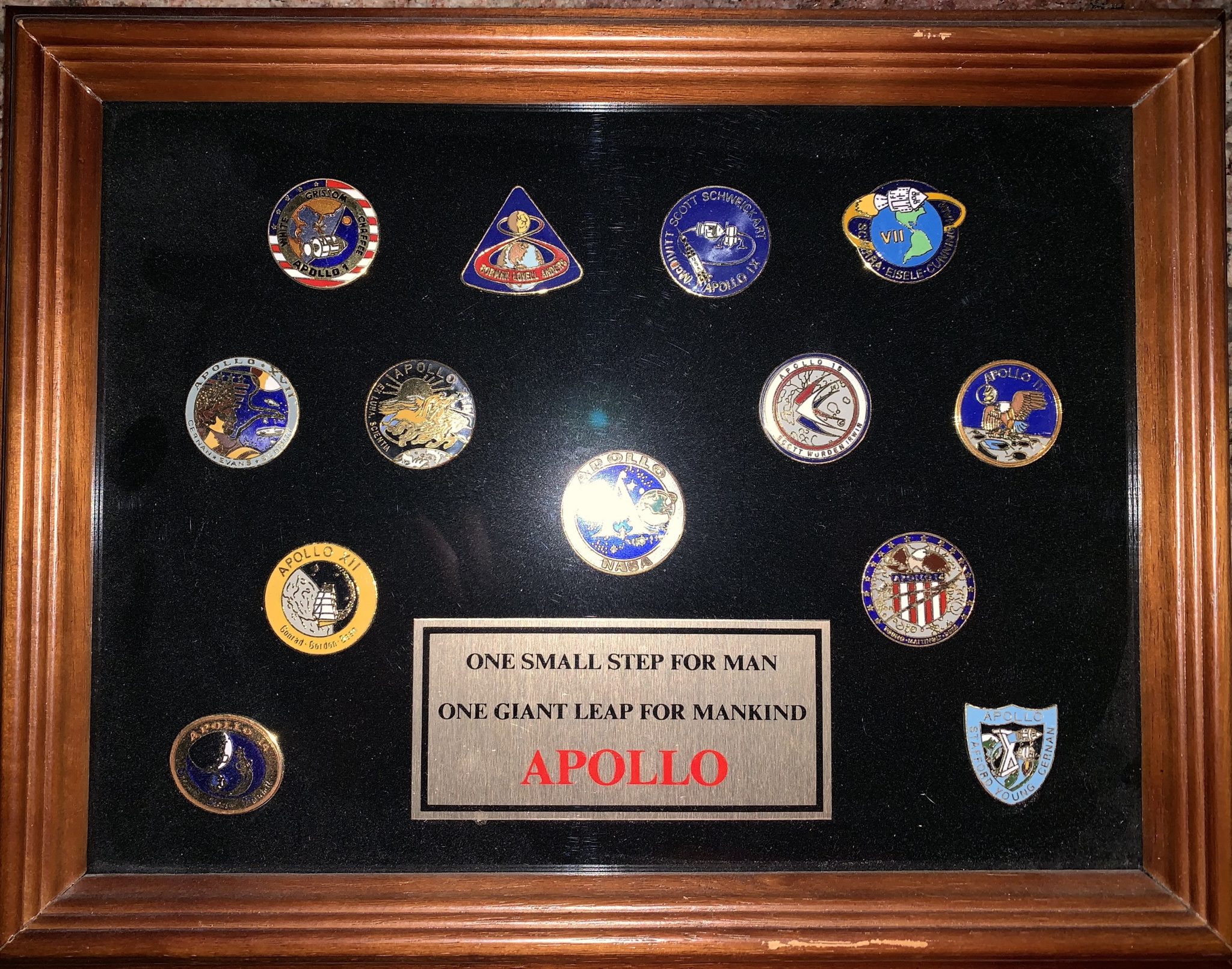