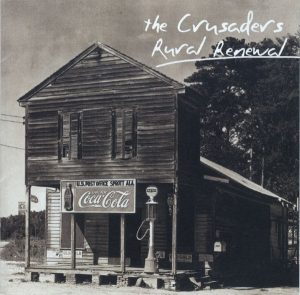 I found Joe Sample before I found the Crusaders, even through the original Crusaders have been around longer in Houston. But, when Joe and the new Crusaders came to Houston when this album first came out, I bought the album, went to the concert as was hooked. You can hear Joe’s heavy chords on his Rhodes and Wurlitzer in the background…but this is a team effort, with great a great horn section led by Wilton, and cool guest appearances. And Ray Parker, Jr. does a stellar job on guitar on the album (and was great at the concert too).

The first two tracks (Rural Renewal and Creepin’) start great, with Eric Clapton guesting on the album (although Ray was great on them in concert). But Heartland and Viva Da Funk are my favorites, because of the blend of Joe Sample’s keyboards, the outstanding horn section, tight rhythm and the subtly overlain guitars.