It is amazing and revealing what you find when cleaning out your attic. We had season tickets for the Houston Rockets for Hakeem Olajuwon‘s entire career (1984 – 2001). I started with tickets in the 2nd level, behind the back board for the price of $99 for a 22 game package at the Summit…that’s right, $4.50 a ticket to see Olajuwon play. We ended up second level half-court, which is where we sat for every playoff game in the two championship runs. I used (and still have) a Canon AE-1 with a telephoto lens for most of these Houston Rockets photos. I haven’t done any photoshop clean up on them yet, just scanned in my prints with a photo scanner.

The 1986 NBA Finals vs. The Boston Celtics

I cannot remember if these two were taken in Game 3 (which the Rockets won), Game 4 (which Boston won) or Game 5 (which Olajuwon dominated and the Rockets won). I believe it was Game 5, when Ralph Samson was ejected for punching Jerry Sichting, as Sampson is in neither of this pictures. 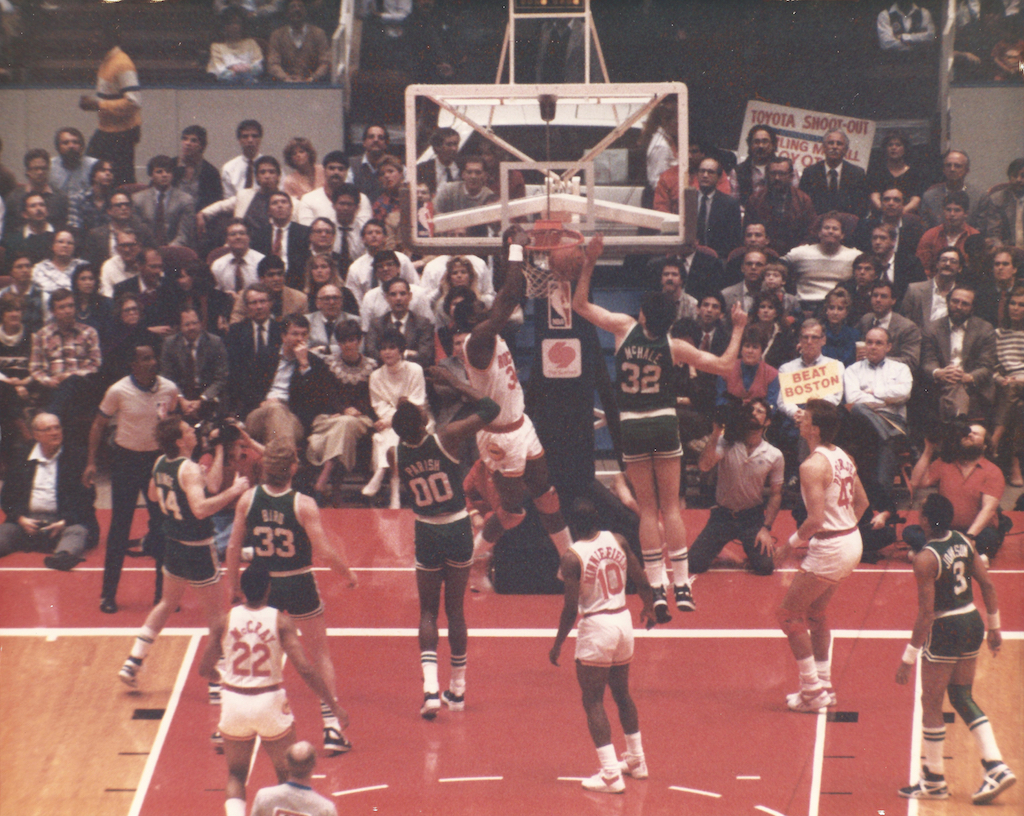 Players in photo (from L to R) – Danny Ainge (of the hated Celtics), Rodney McCray, Larry Bird (Celts), Robert Parrish (Celts), Dirk Minniefield (Rockets, who’d I’d forgotten about until seeing this photo), Hakeem “the Dream” Olajuwon (Rockets), Kevin McHale (Celts), Jim Peterson (Rockets), and Dennis Johnson (Celts). All of the Celts except Ainge are in the Basketball Hall of Fame, only the Dream on the Rockets. 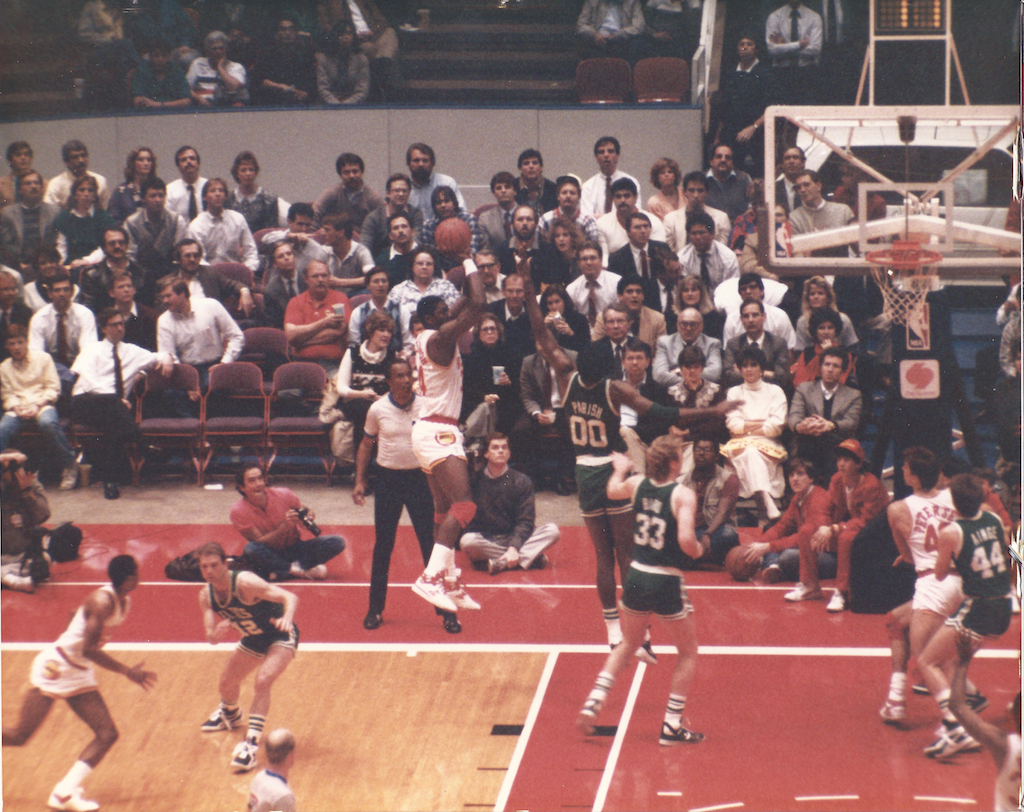 The end of a Dream Shake over Robert Parrish

In addition to those previously mentioned I believe that is Steve Harris of the Rockets in the bottom left, guarded by Sichting. 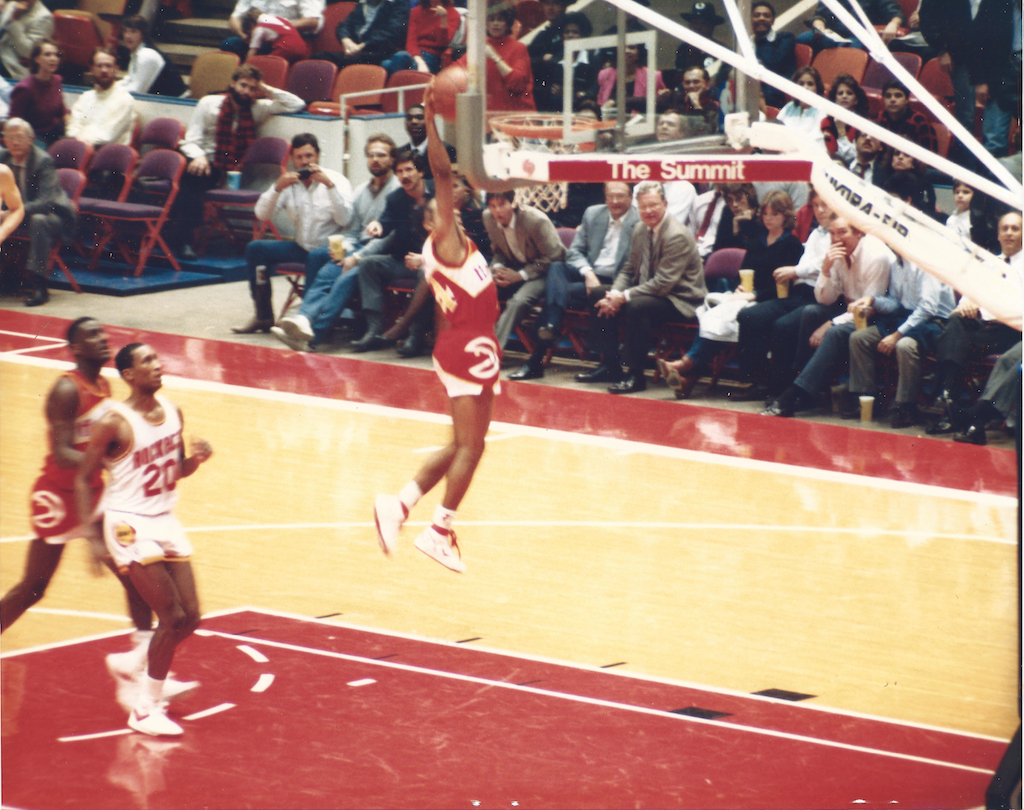 This is obviously from a different set of seats. That’s Steve Harris looking on in amazement as Spud dunks. 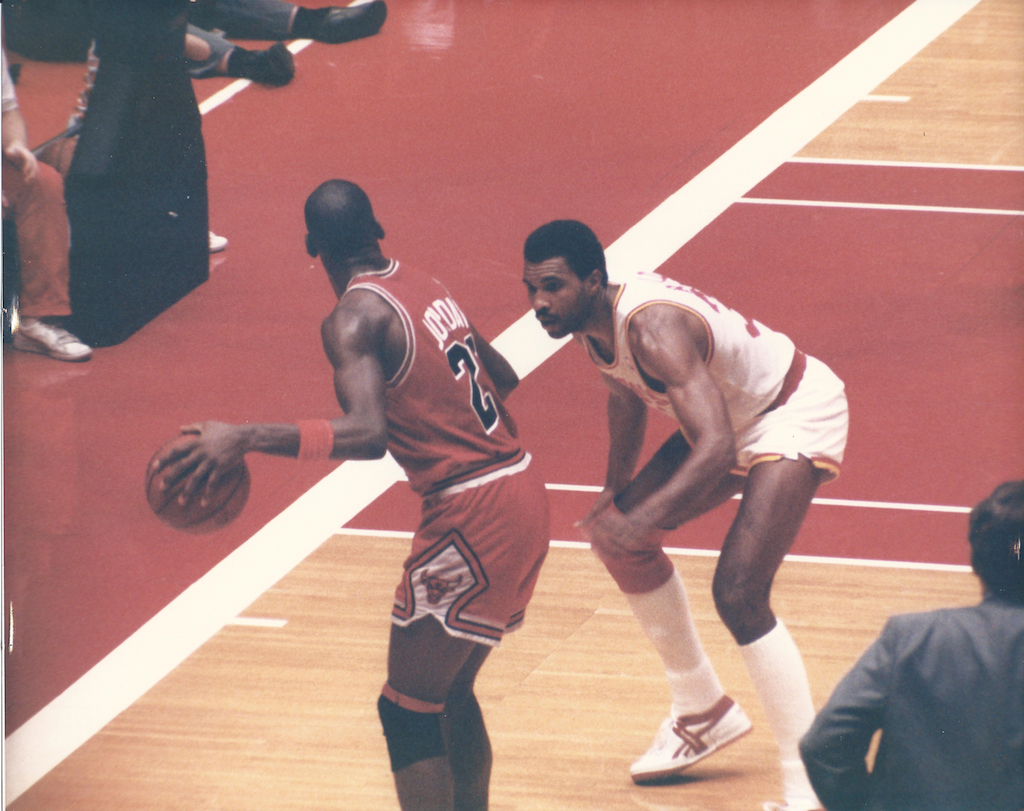 Reid (from San Antonio St. Mary’s, if I recall correctly) always got up for the games where he was guarding Jordan (so did Vernon Maxwell, for that matter).  There’s not much action in this pic, but the size of Mike’s hand on the ball always blew me away. 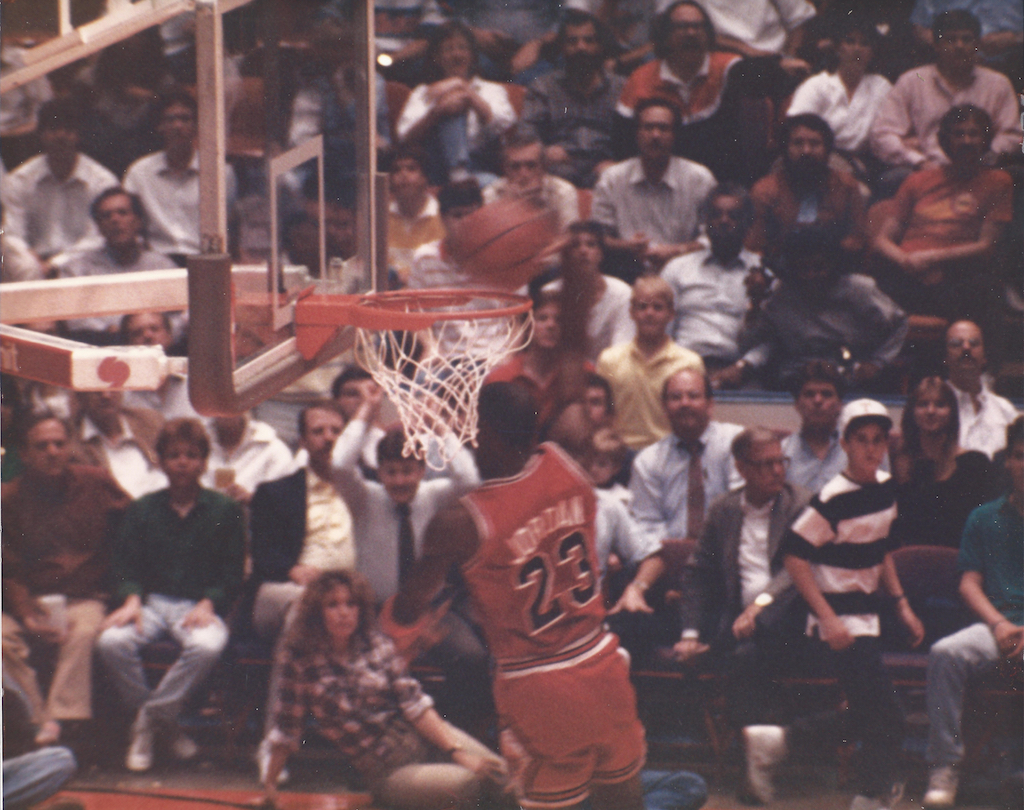 Best of many Jordan dunk photos

Most of the ones I took were too blurry, and this one is still a bit out of focus, but it was the best one of the lot.