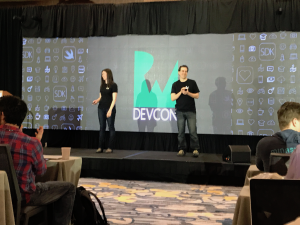 I attended the third RWDevCon March 30 – April 1 in Alexandria, VA. (Yes I know that was 10 days ago, but I had a lot of notes.) It was the third time RWDevCon was held, thus I was one of a reported 12 faithful attendees who have attended all three conferences. I even dragged a colleague from one of my customers to attend this year.

Why do I return for the joy of back to back eight hour days of seminars (this year with a third all day workshop for added pleasure)?

It would be great to see RWDevCon grow into something much larger, so that those that put in the hard work could realize that success. But it is also excellent at the size that it currently is. Ray, Vickie and the team have a hard balancing act to do.

Bottom line: I cannot recommend this conference more highly to any and all iOS developers. Most of these sessions provided me with enough information that I could use what I learned immediately. Some are difficult enough that I’ll need to review the data before knowing enough to be dangerous. But the amount of tools and education gained in these three days provides a high ROI on time and money spent. 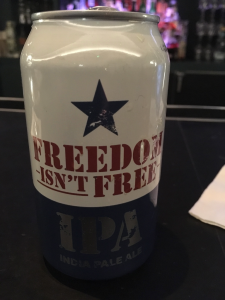 It was a tough choice between the Debug workshop versus this one, but need won out. I’d recently completed a cycle count and inventory Swift application in a very tight timeline, and I KNEW I had broken many app architecture rules in haste….so I went to task to re-learn and hopefully be amazed by some new ideas as well. Had I known attendees would be getting a copy of Derek’s (who was leading the other workshop) Advanced Apple Debugging and Reverse Engineering book at the conference close, I would have had more incentive to choose this session…until Josh and René put out an app architecture book.

After meeting one of my three favorite nephews for brews and dinner at the Trademark downstairs the night before, I was primed and ready (obligatory local beer picture included) for the next morning’s 8 hours session.

After the workshop, with a full brain, sore butt from sitting, an hour to spare until the opening reception and the threat of bad running weather in the ensuing days, I headed out to run down King Street, a very cool old set of blocks that runs towards the river, right into more running trails (obligatory running scenery picture included – session details after the photo). 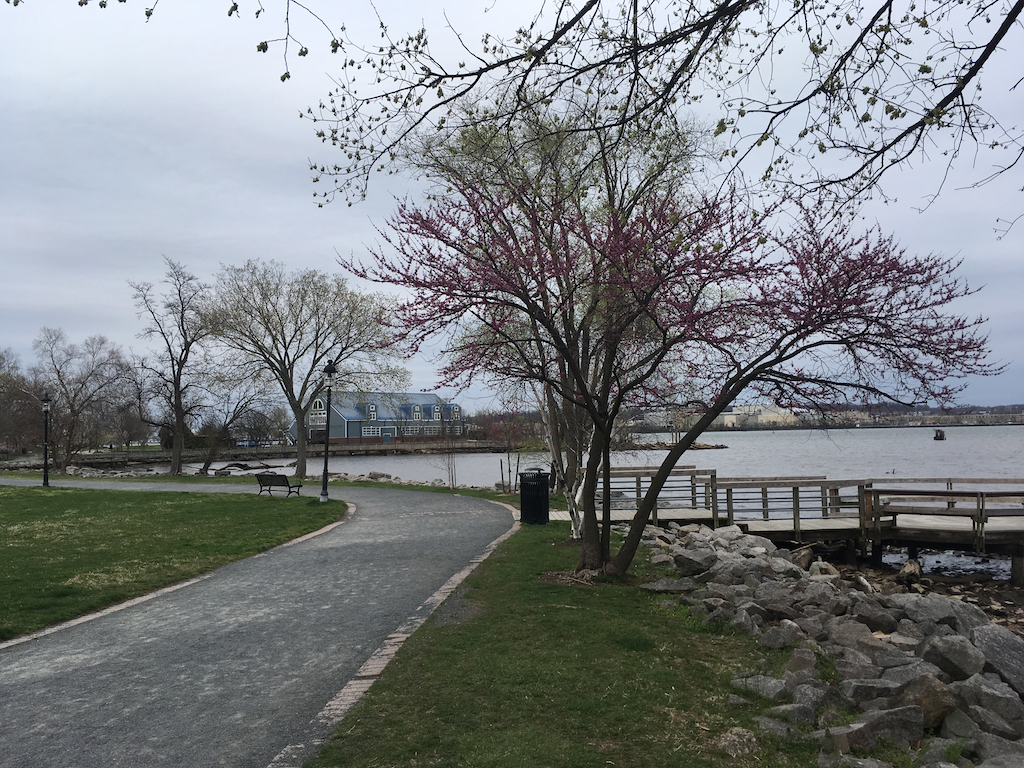 There were three tracks of sessions. There are the ones I selected to attend. There are several others that I either worked through the demo material or plan on doing so…as, so far, one cannot be in two places at once.

Why I attended: I want to employ machine learning with two of our products (Secure Workflow and Clinical Decision Support).

Why I attended: We have an old objective-C app that is getting converted to Swift, and it needs some concurrency help at one customer as their network is slower. I’d like to put parts of the data refresh in the background while updating the animations of the workflow tasks and notes. Plus Audrey is my wife’s name, so there you go.

Why I attended: The old objective-C app I mentioned earlier has frameworks, and they need to be updated. 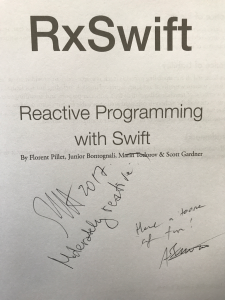 Why I attended: Reactive programming. Buzz words. Got a taste during the app architecture workshop. And I sensed a book was coming (obligatory signed book page picture included, only found Marin and Ash though…there’s a lot of authors!)

Why I attended: Code is never tested enough. Especially mine.

Why I attended: I didn’t get to use playgrounds enough as a kid. It was a tough choice between this one and Practical Unit Testing II.

Why I attended: The description talks about authentication, auto re-login, data and thread safety designs.

Why I attended: My error handling looks like the if-then-else statement from hell. 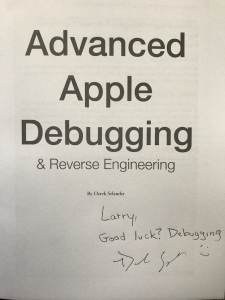 Why I attended: I brought two great beers from local Houston breweries and they needed to be tasted. (obligatory Houston beer picture included, especially since several people asked about them. They were mighty tasty)

One could make a case that this wasn’t really part of the conference. But it was. We traded beer stories, travel stories, family stories, tried to kill a monster in a dungeon while bluffing (more card games), and generally had a great time. All were invited. 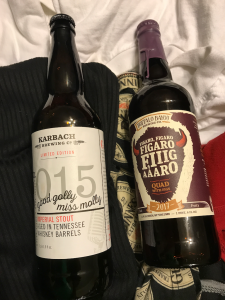 With the amount of pre-conference setup, conference materials and notes gathered from this (and the previous two) RWDevCon, the investment here will continue to pay off as they are used and referenced. Next comes incorporating these into release plans for the apps we already have deployed, and those we will deploy in the future.

Some additional photos included here at the end. 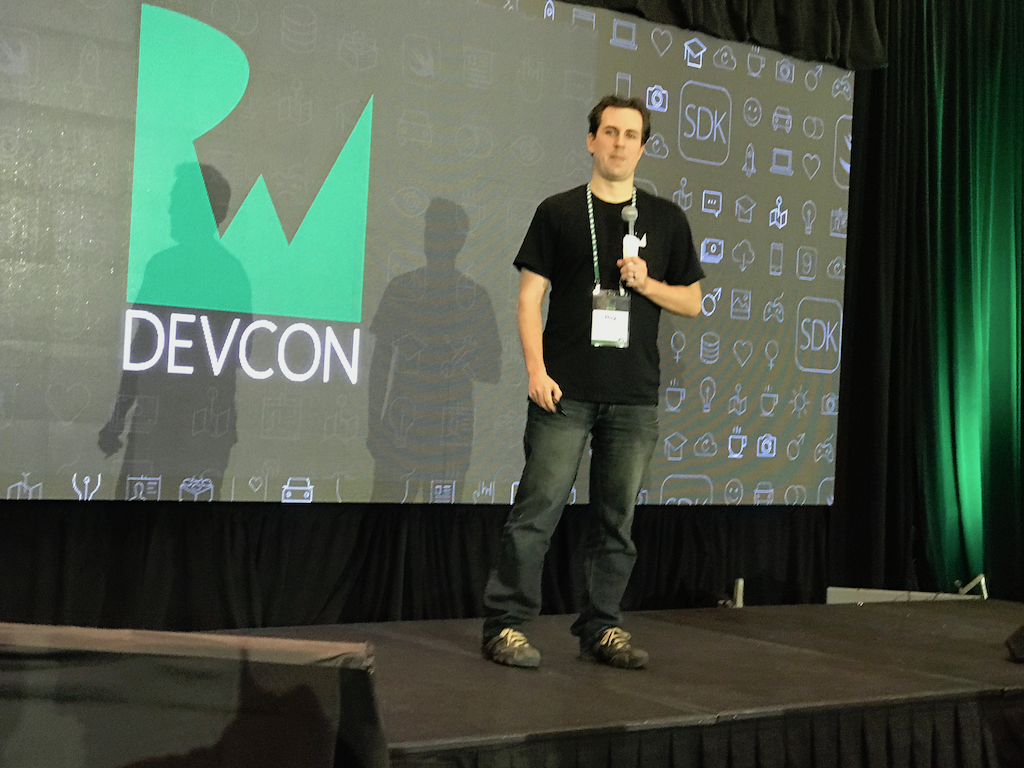 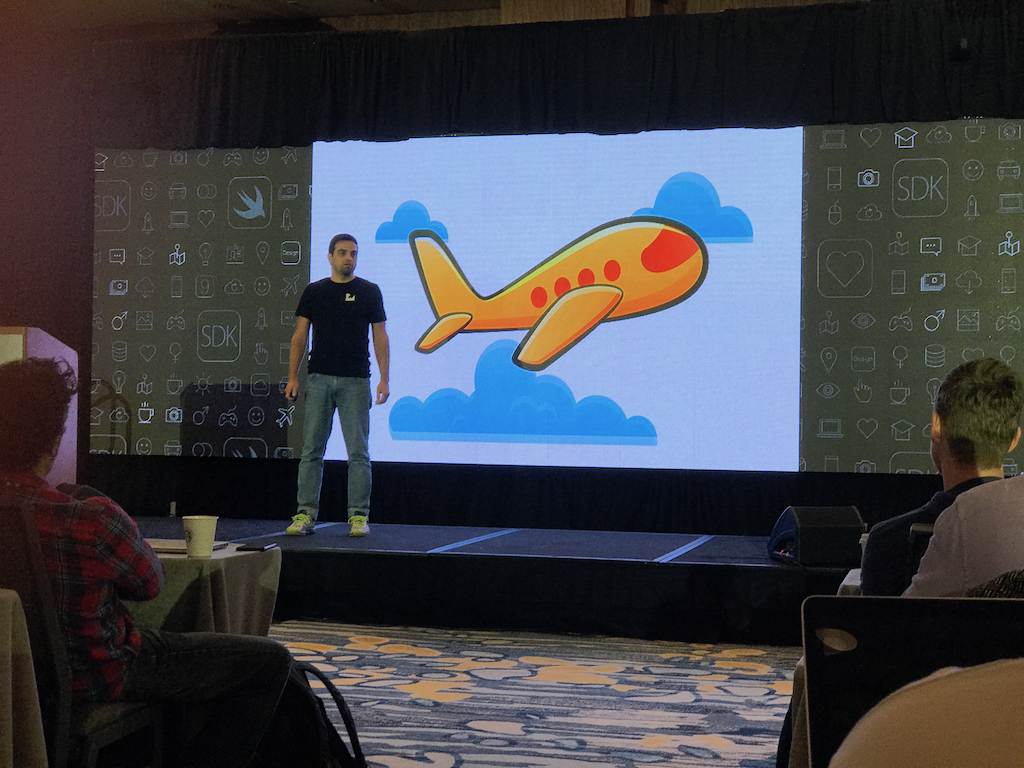 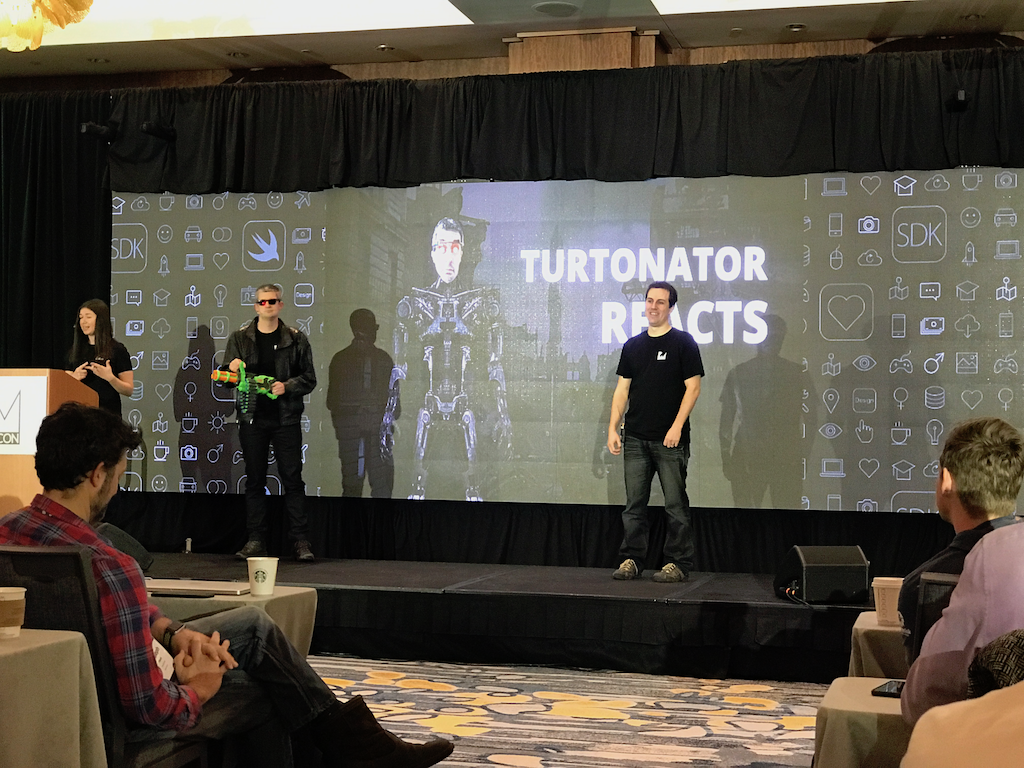 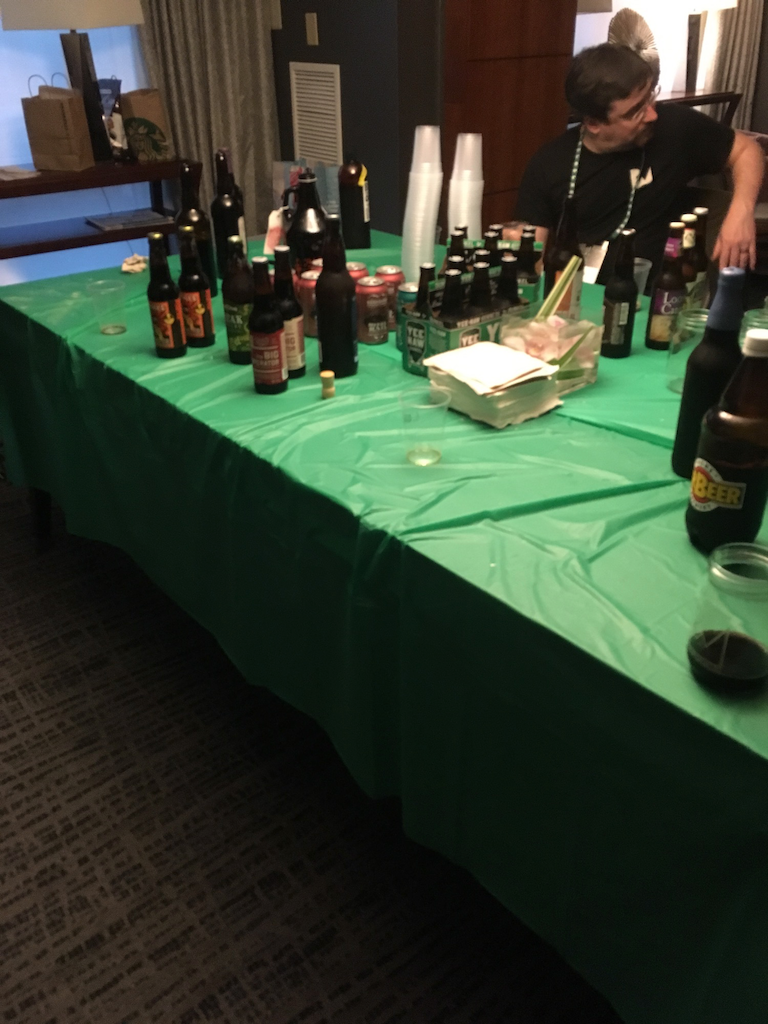