This is a note to myself on iTunes shuffle. I can never remember how to find the hidden button when an album seems to be stuck on shuffle in iTunes. And as much as I enjoyed the play Hamilton and the soundtrack….it kinda needs to be listened to in chronological order (it’s history, after all!).

Below is a screenshot of a typical album in iTunes. It shows in a bar at the bottom the song now playing. There is also a shuffle button, which is what always confuses me. 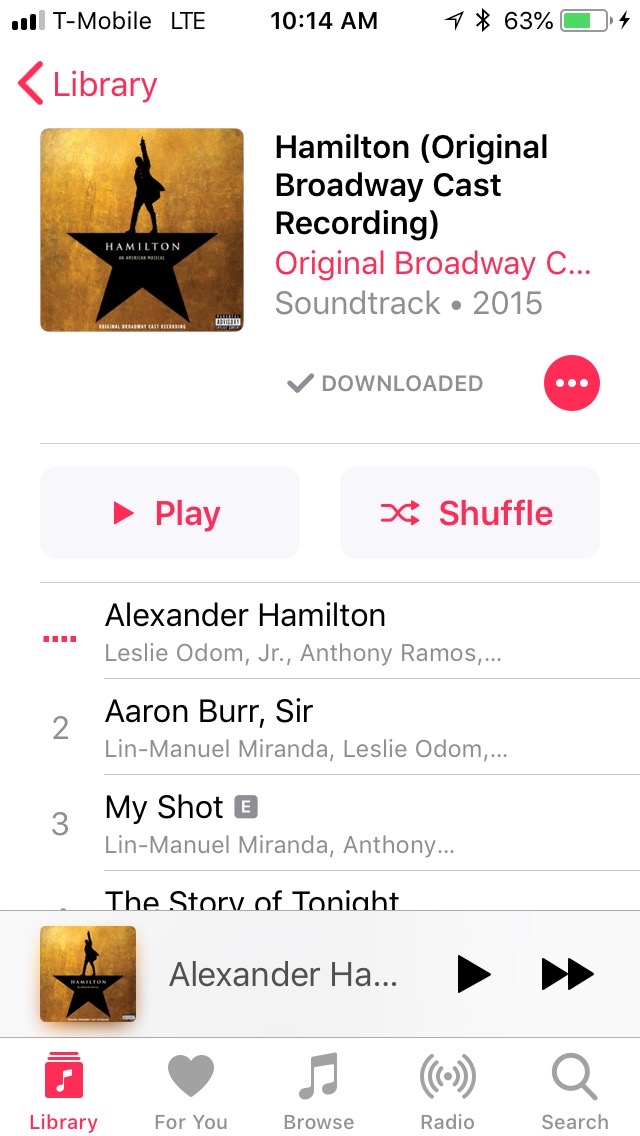 I don’t know if this is the true terminology, but I now refer to that shuffle button as the “immediate shuffle” button. It will immediately select a random song to play next. But there is another shuffle button. 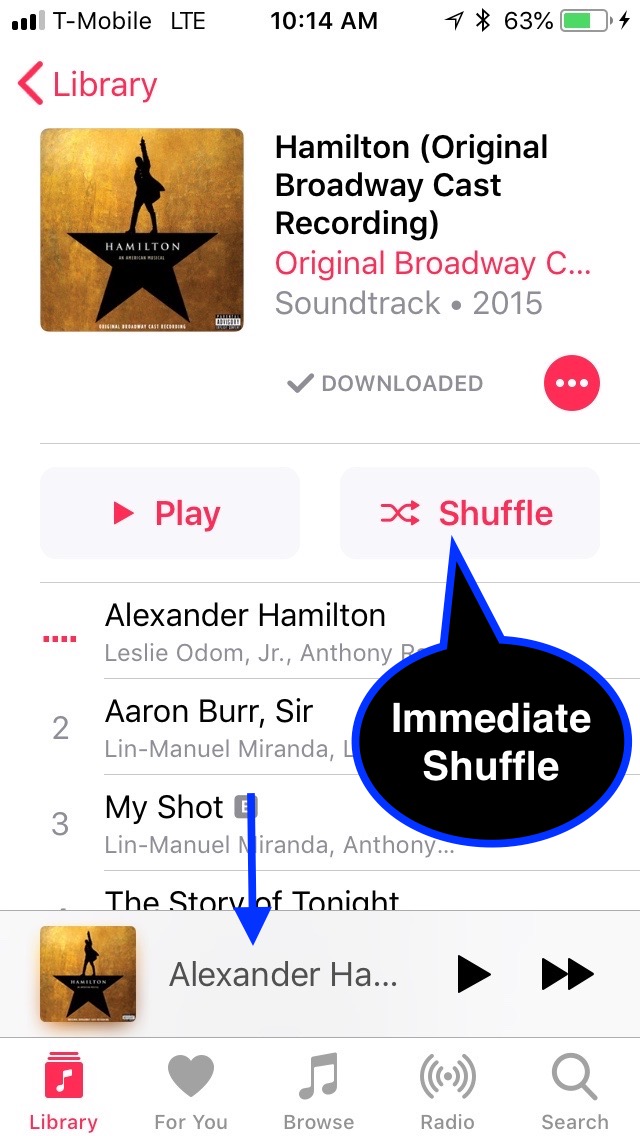 If you tap on the bar that has the now playing song (shown in the screenshot above with the blue arrow), an additional window pulls up from the bottom. 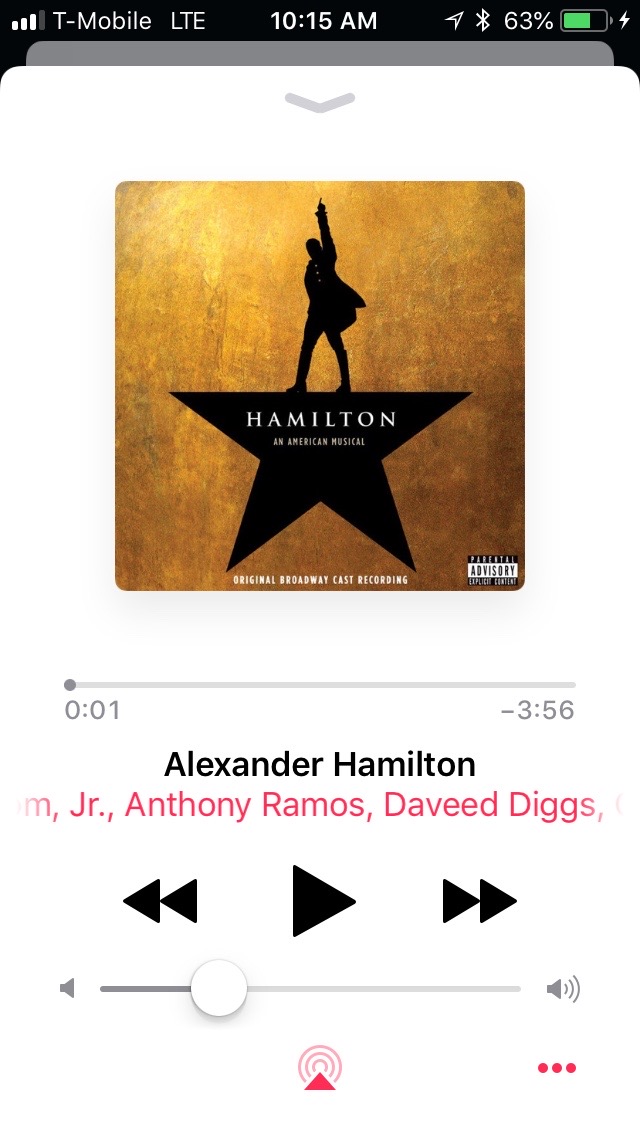 Though it doesn’t look like it (i.e., there are no indicators) this window has more information. The window can be scrolled up to show the second iTunes shuffle button that I can never remember. 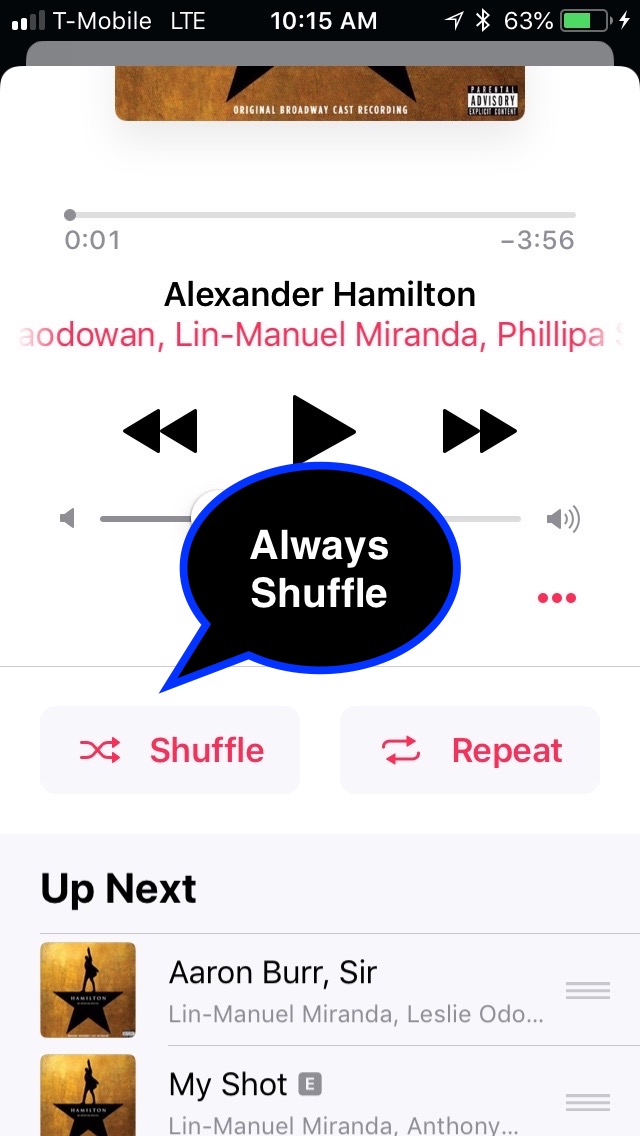 This is the shuffle button that I miss. I call it “Always Shuffle” as it always shuffles the album and I always forget about it. If it is selected the button will be red with white letters. Deselecting it sets the album back to playing the song in the album order.