The premiere of the first episode of the last season of Game of Thrones had occurred in Belfast the day before our tour. Unfortunately, though they were supposedly around, we saw none of the stars of the shows. But we did see these sights!

The Dark Hedges (the road to Kings Landing)

Since it was the day before the TV premiere there were lots of people walking down the road that was covered by the Dark Hedges. The Dark Hedges can be seen in Season 2 Episode 1 (“The North Remembers”) where Arya Stark is being taken to the Wall with Gendry, Hot Pie and others. 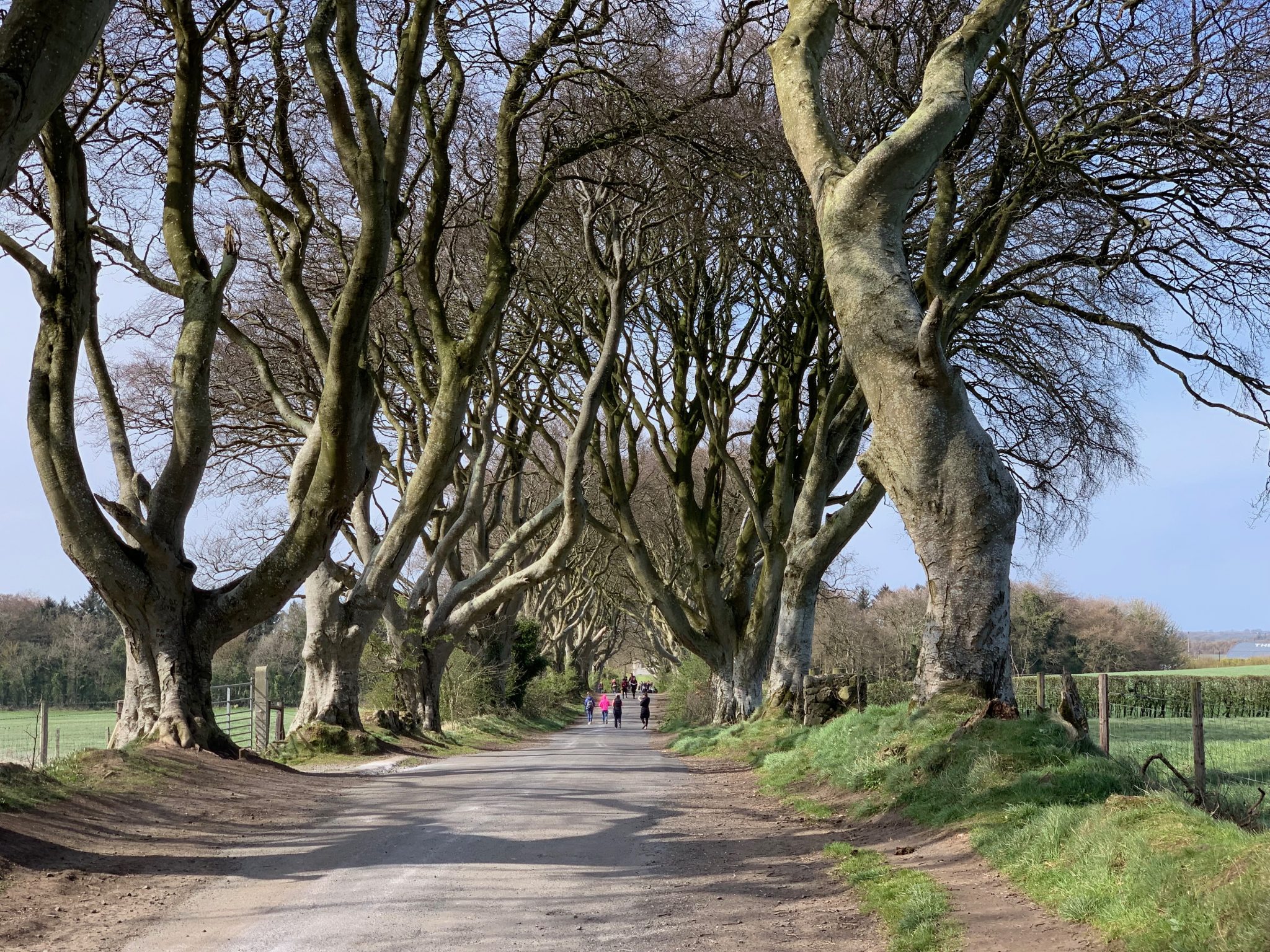 We visited in April 2019 and the trees that make up the Dark Hedges had not yet sprouted leaves. The hedges were originally planted by the Stuart family in the 1700s to line the entrance to their estate.

Below is a video walking through the Dark Hedges, with a bit of mostly on-key humming of the GoT theme song.

At all most of these locations there are Game of Thrones filming signs, like the one below along the Dark Hedges. 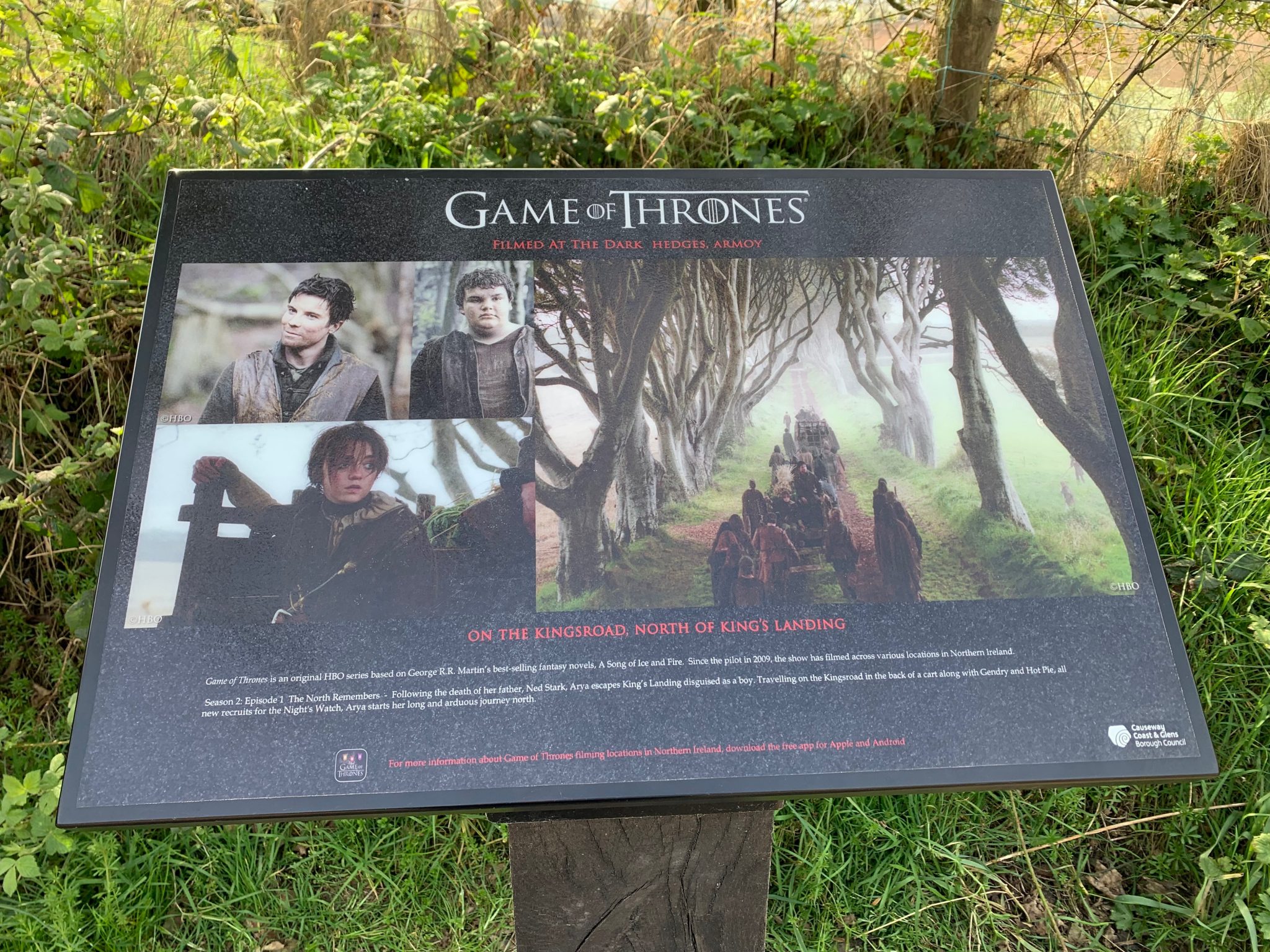 We managed to avoid the tour busses, but there are many Northern Ireland Game of Thrones tours that visit this location.

Dunluce Castle dates to the 13th century. It was used as the castle of Pike representing House Greyjoy in Game of Thrones. 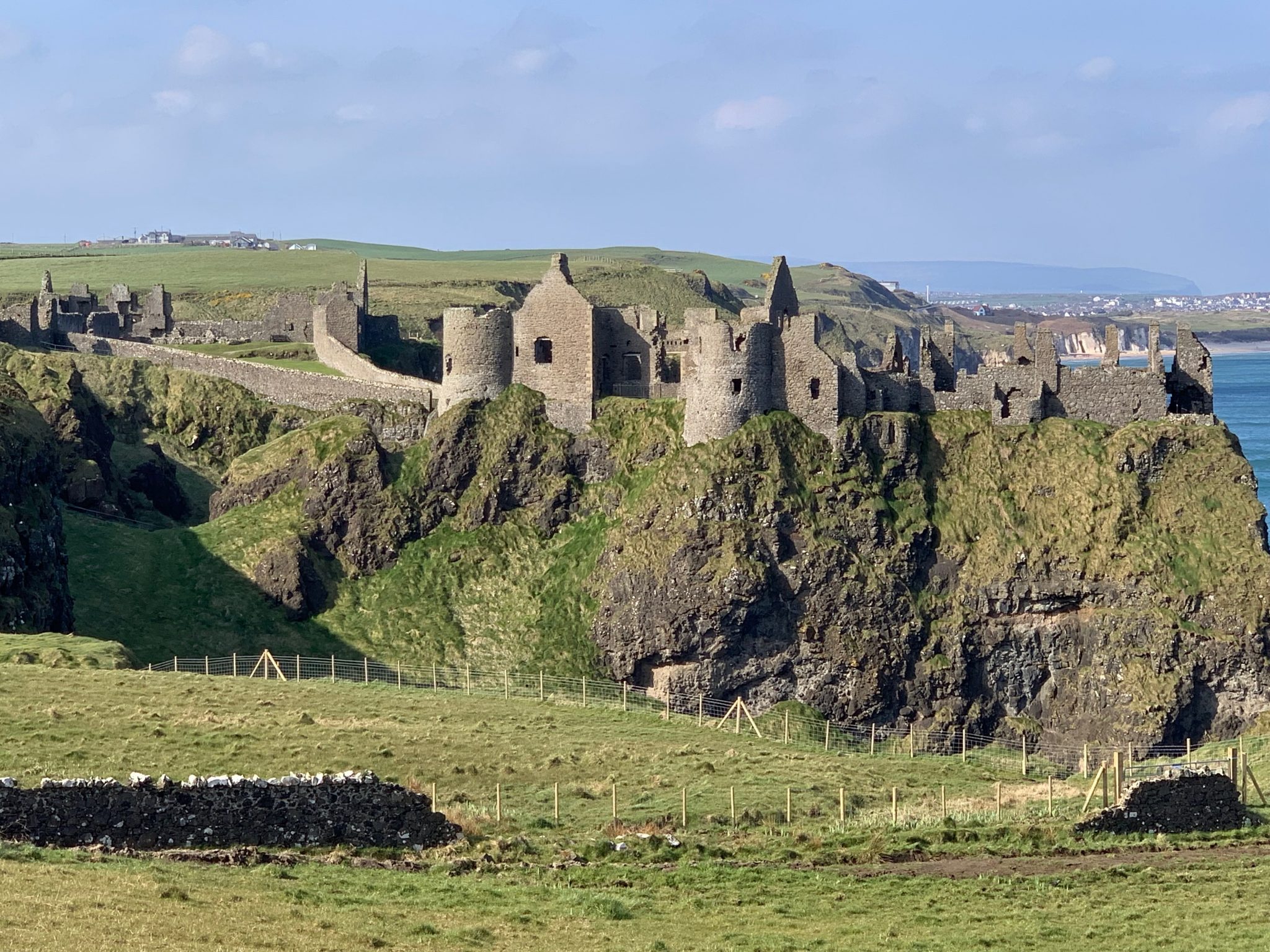 This was not a planned stop on our tour, so we did not get to go down into the ruins. It was most likely too windy. In the video of the castle and surrounding area below, you can hear the wind.

We were originally schedule to walk the Carrick-A-Rede rope bridge here but winds at 40 mph with gusts to 60 forced them to close the bridge. The bridge was originally used by fisherman who wanted to get their catch in quicker than it would take to sail to the closest port. 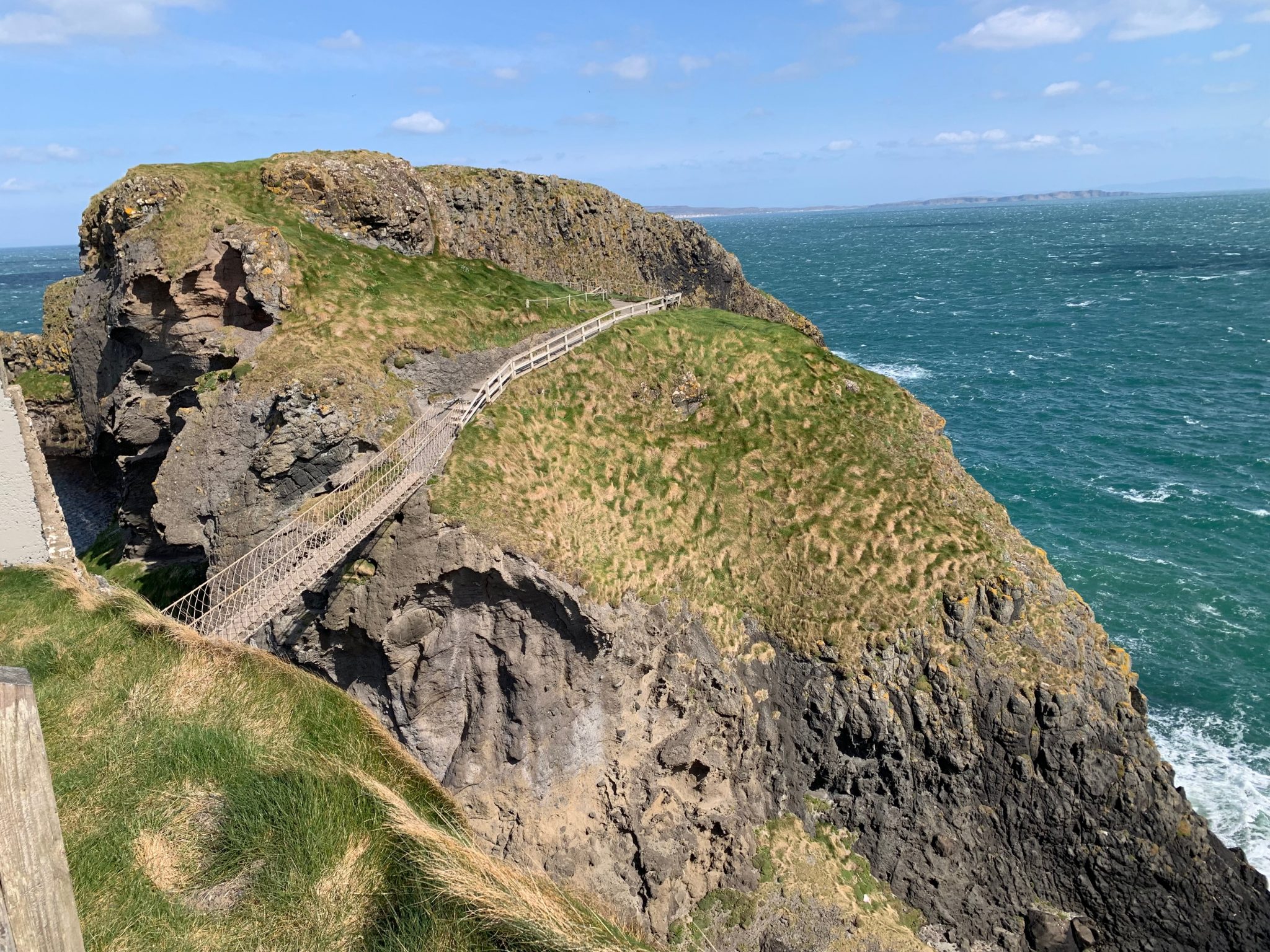 The boats would get close to the tip of the island connected by the rope bridge, unload their catch and one of their mates would “run” the fish over the rope bridge and up to a waiting transport…or so the park representative at the closed bridge told me. 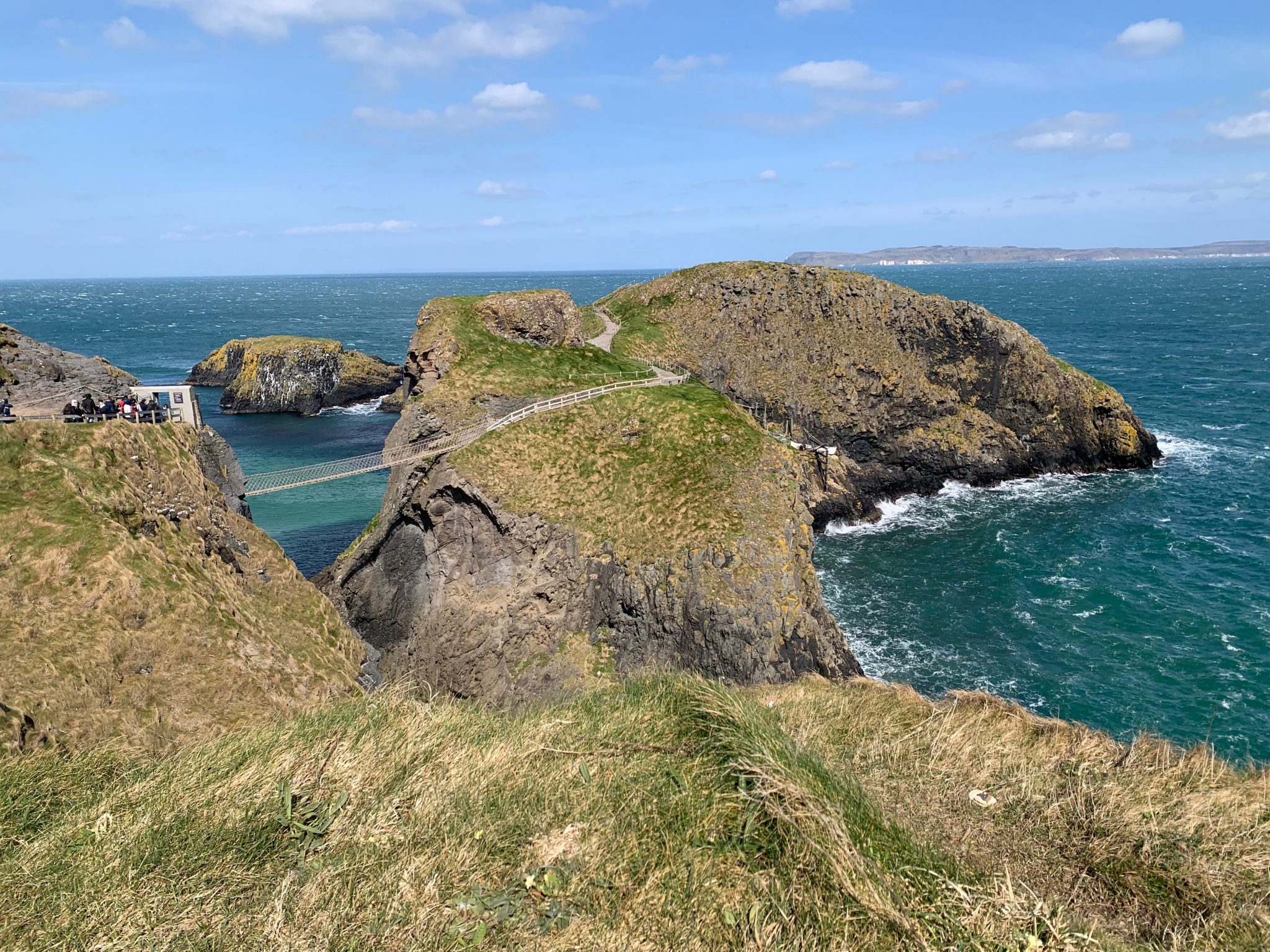 When you enter the car park, the path to the rope bridge is to the right. If you go left, the path takes you to Larrybane, the site of King Renly’s camp where Briene fought Ser Loras and won. She was then granted her request to join Renly’s Kingsguard. 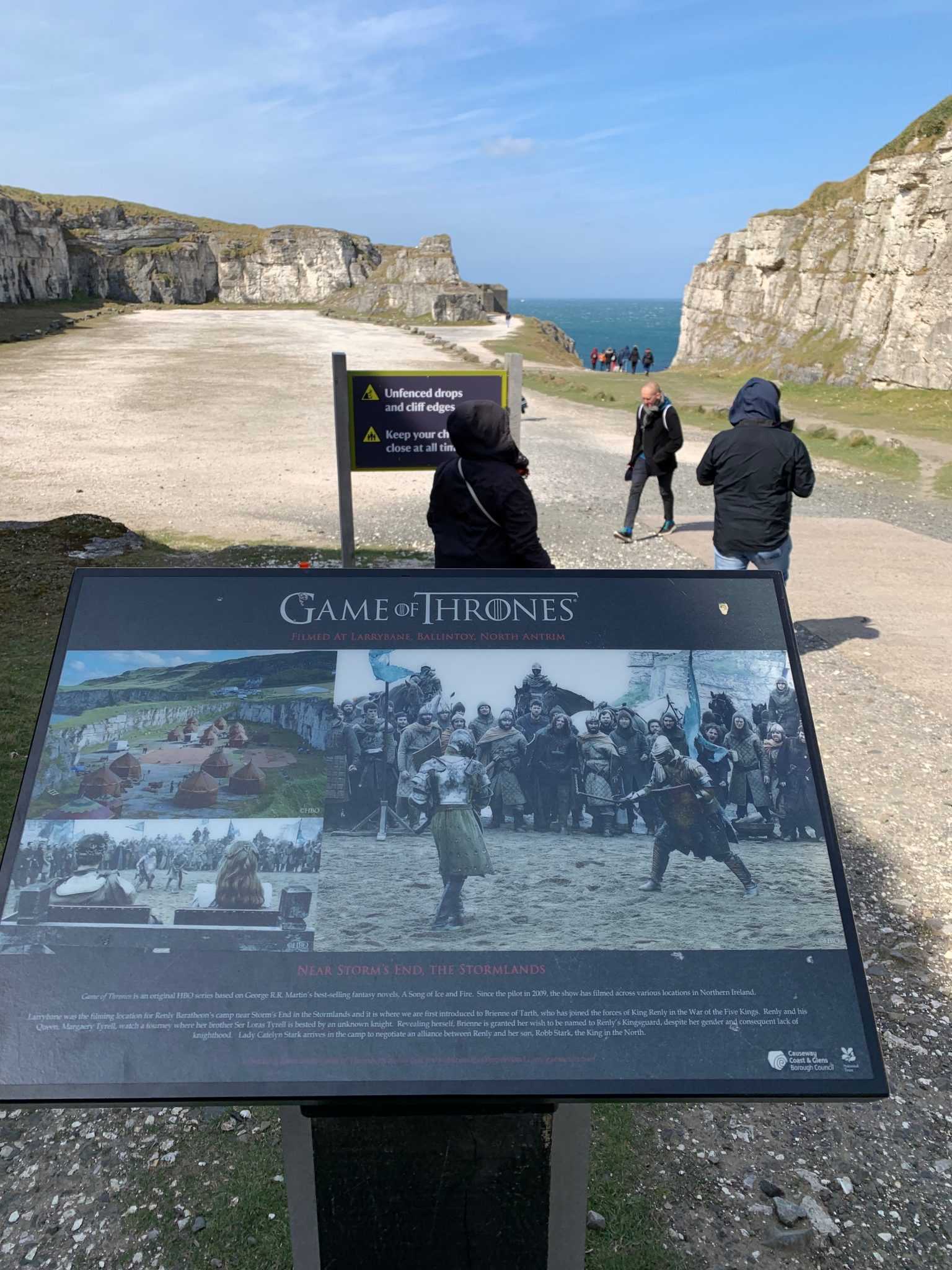 The views from the amphitheater at Larrybane back towards where the rope bridge spans to Carrick Island are spectacular. We were told that dolphins could frequently be seen jumping in the water, but it was no doubt too cold on the day we visited. 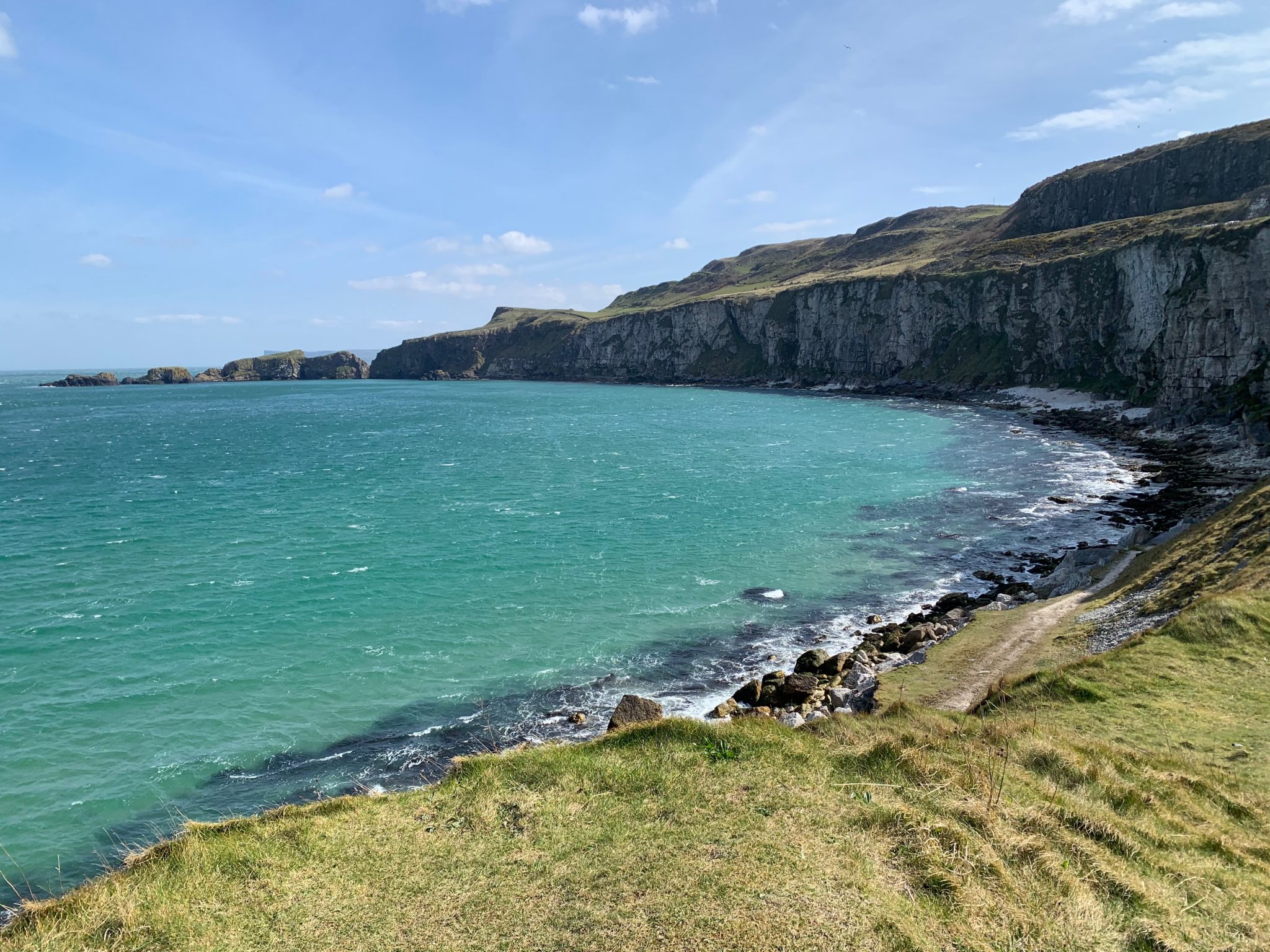