As I sit on Chapter 28 of 54 chapters in The Witchwood Crown, a few random observations:

I mentioned this in the re-read and commentary eBook that I put together, but I’ll bring it up again. I normally never read the Chapter names in a book. Some authors keep it simple by naming the chapter at the PoV character (looking at you, Mr. GRRM!); some do not even bother with naming their chapters (guilty!). But I noticed during the re-read that Tad’s chapter names had either foreshadowing, humor or serious sarcasm in them.

The name of Chapter 28 made me think Tad was laughing when he pulled that one out of his…head. It conjures up many different images at once, and somehow made me think of the WerePig from the Bobby Dollar series! 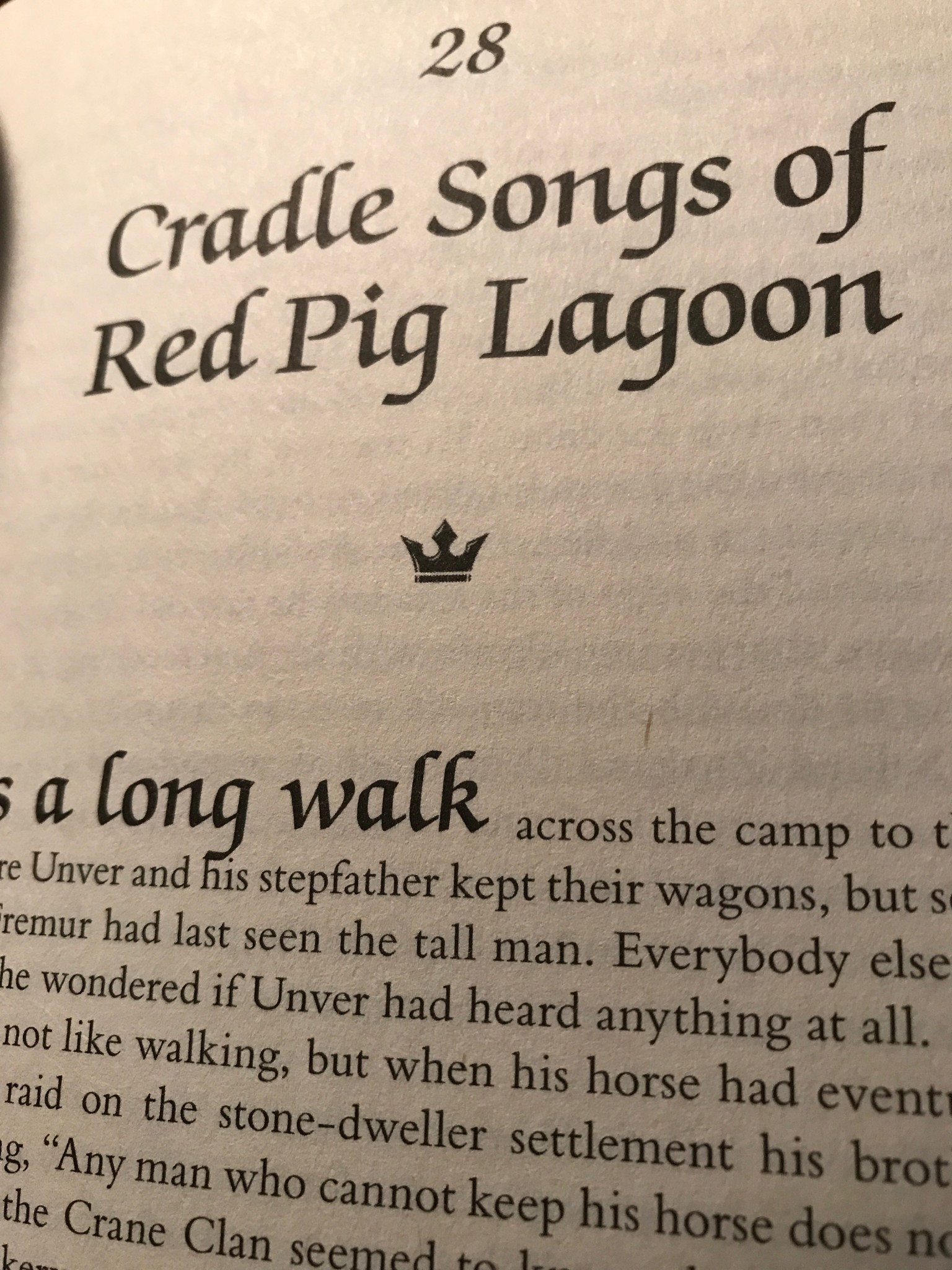 The Appendix of The Witchwood Crown

There is a 15 page Appendix in To Green Angel Tower (which is 1,066 pages in hardback) versus a 25 page Appendix in The Witchwood Crown (which is 694 pages in hardback). Obviously the world of Osten And has grown, and/or Mr. Williams marching band of personal Scrollbearers did great research (perhaps a bit of both, and kudos to Ylva and Ron, great mentions in the Acknowledgements!). I’ve tried hard to stay out of the Appendix, for the same reason I’ve tried hard to stay away from other people’s reviews…no spoilers please!

The Back Cover Flap

To Green Angel Tower and The Witchwood Crown back cover flaps, side by side…I’ll just leave this image here. The Dogly one ages well! 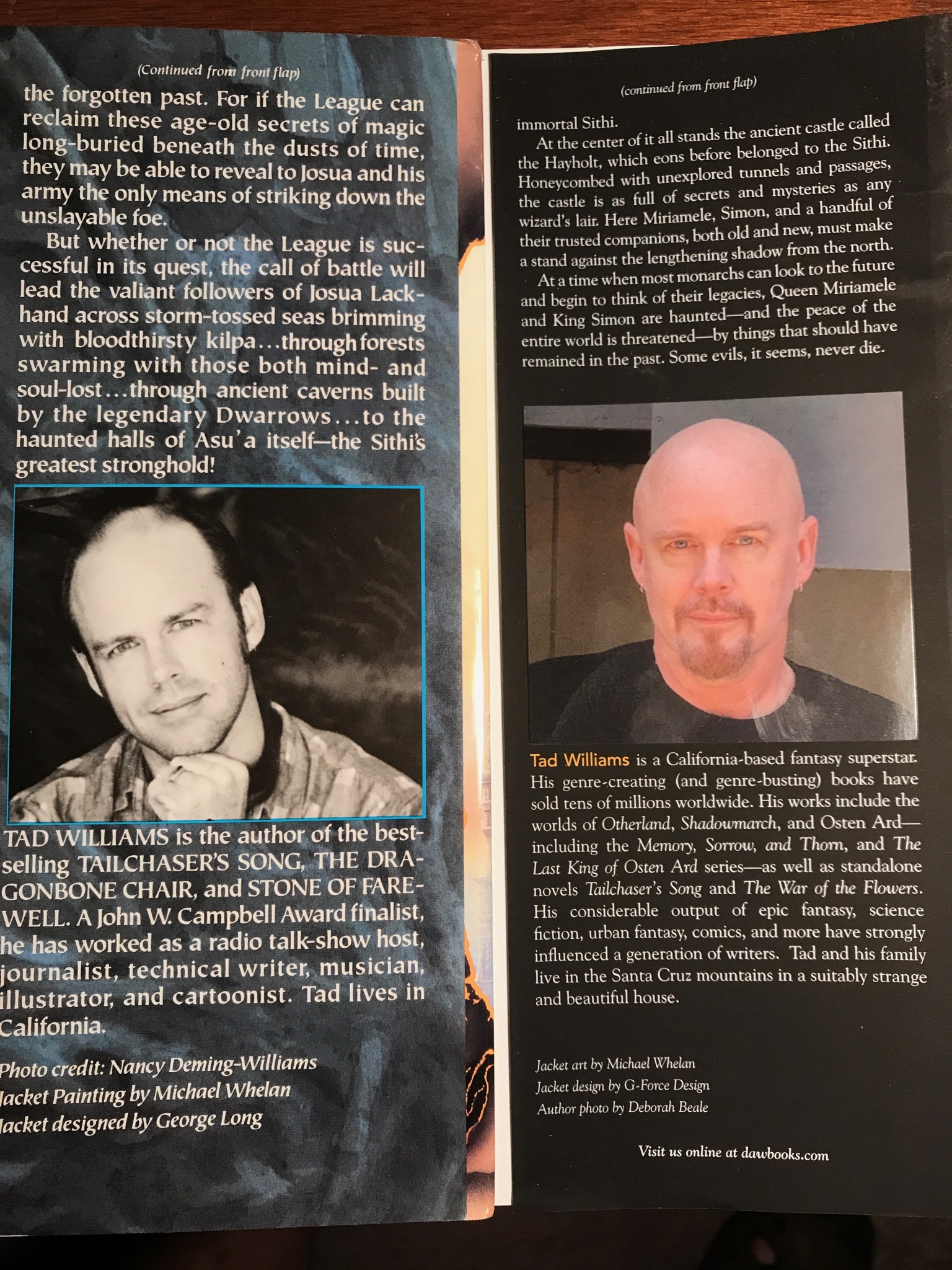