I had the fun and privilege of performing a civic service for Harris County last Monday, and headed down for jury duty. You can postpone jury duty twice and seems like I hit my limit on that every time. My wife and i had planned to go together on a previous Monday but work screwed that up.

Here’s a few tips on this every three year or so adventure.

You can ride Metro for free for jury duty, and it beats the heck out of sitting in traffic and looking for parking. My wife did this before me, so I pretty much knew which buses to take. From the Seton Lake park and ride (which is on SH 249 just south of the Beltway) bus 212 is the non-stop downtown. But be sure and let the driver know you want off at the corner of Milam and Congress, or they’ll blow right by it.

This 212 bus is also direct back to Seton Lake….but only after 4:16pm. If you get kicked out of jury duty before then, take bus 44…which stops a lot, but at least gets you there. You pick it up at Travis and Congress, and it makes a few stops.

The direct 212 bus was a nice clean, seemingly new bus. The local 44 was…dirty…just like you’d expect a local to be. There was only one crazy man on the local, talking loudly, constantly to no one in particular.

We looked at taking buses from the 290 Park and Ride (near Spring Cypress at Skinner Road) but those lines didn’t drop you off as close to the jury building as the ones from Seton Lake.

A few blocks down Congress is the Harris Country jury plaza. Last time I went down for Jury duty (must have been three or four years ago) it was in the building where people now park. Now there is a new, nice  glass building. 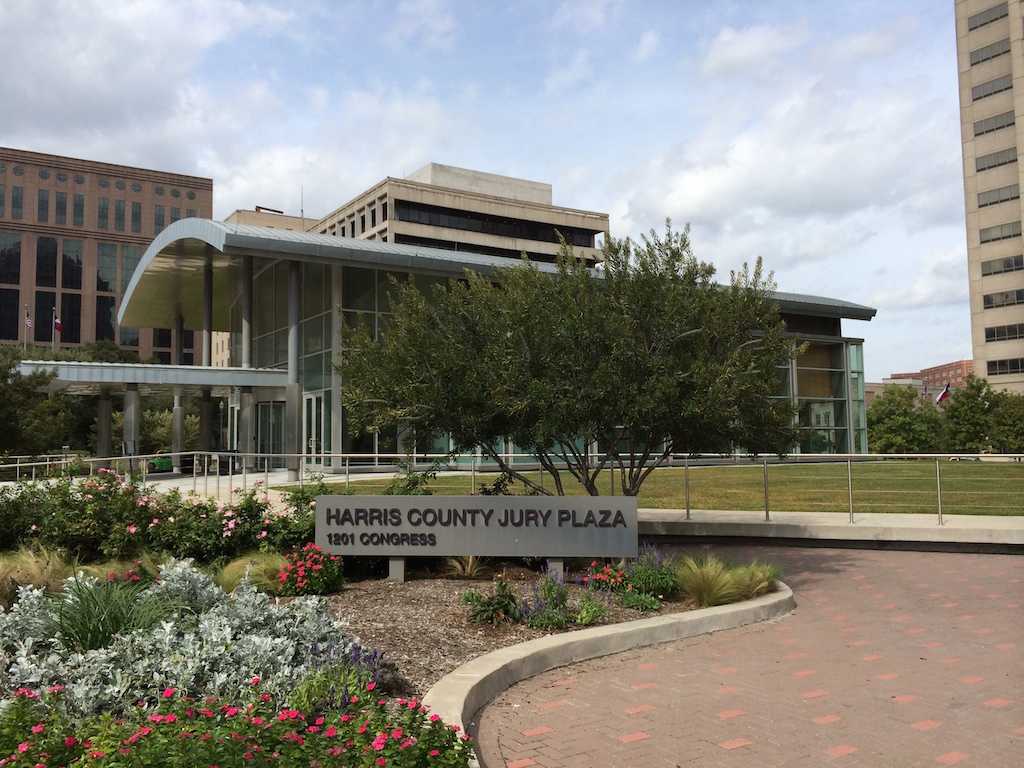 After entering the building, head downstairs, and then you get to go through the TSA-like security, complete with removing belts and shoes (if you forget about this part and wear your dress shoes instead of your airplane travel shoes…like I did). I got down there pretty early; my wife said the line spirals up the stair case the closer you get to 8:30am.

The jury assembly rooms are still under ground. So cellular service is spotty at best; my T-mobile was non-existent. Therefore, I couldn’t rely on my personal hotspot, and its “known” security. I had to use the WiFi that Harris county was nice enough to put in place. There were a few limitations: I could not start our VPN or enter enter chat with my guys. Apparently the provided WiFi does block some ports.

Jurors are supposed to be in the room by 8:30. And, as is typical, after the welcome/this is what you are in for video, and the swearing in, jurors are basically waiting around…or working on the WiFi. They do allow food and drink in the rooms (and Here’s our timeline:

Those of you who have been around remember tropical storms (Allison?) and hurricanes (Ike?) where the downtown tunnel system flooded. When we got called out, they line us up in the tunnels…right next to some pretty impressive flood doors. Nothing’s getting past those doors without some serious power. 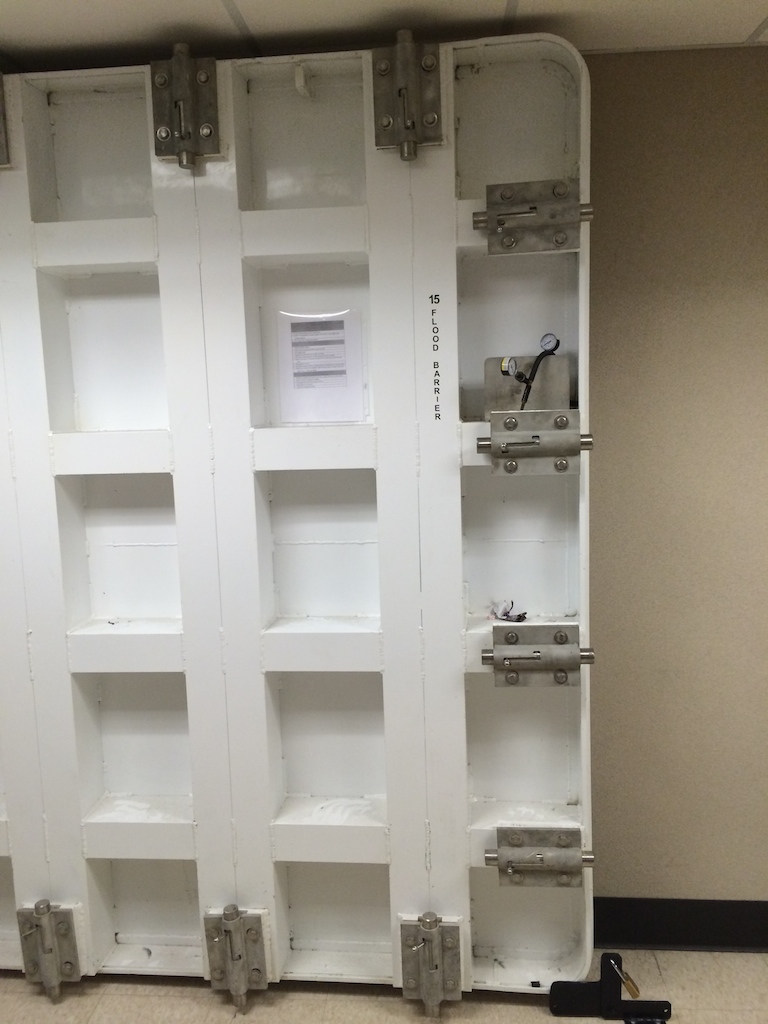 We headed over to the Criminal Justice Center, 10th Floor, Court 10. The 24 of us were brought in quickly, and Judge Sherman Ross told us they still had some work to do, for us to come back in 30 mins, at 11:10. After a quick coffee break (there is a cafe on the 2nd floor ), Judge Ross spent quite a bit of time walking us through what we were charged to do, and what the process would be. The next day was election day, and previous times I’d been at jury duty I felt like the Judges were campaigning. But Judge Ross is retiring at the end of this year, and his discussion on what the defense had to prove, on what “the truth” was, and other points, was interesting…almost enough to make me want to be on the jury. He also said each side got to remove 3 jurors from consideration. Choosing 6 our of 24 still have jurors better odds at going home than staying, even though it would only be a “rest of the day” jury. I was juror number one, which means I got all of the questions…but that doesn’t seem to change the odds of getting selected or not.

After that, the assistant D.A. actually walked us through the case with a Powerpoint presentation…which was actually pretty concise and efficient, but not something I expected.

Out of the 24, they grabbed their six…I grabbed my Metro bus pass and made for the bus stop. Since the bus wouldn’t come for another 30 minutes, I rewarded my execution of civic duty with a quick snack at the Niko Niko’s in Market Square. Civic Duty complete.