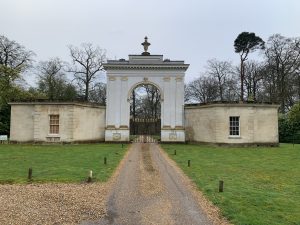 We didn’t stay at the Grotto, but were driven by and shown through. I’ve included some photos of that location as well.

The gate was originally constructed in 1793, was the original gate into the estate, constructed by the 1st Earl of Carnarvon to celebrate his entry to peerage. The lodges were added around 1840. Below is a picture of the original design by Sir Charles Barry, the architect of Highclere Castle and the British Parliament building. This drawing and one for the Diana Temple hangs in the Living Room of the London Lodge at Highclere Castle. 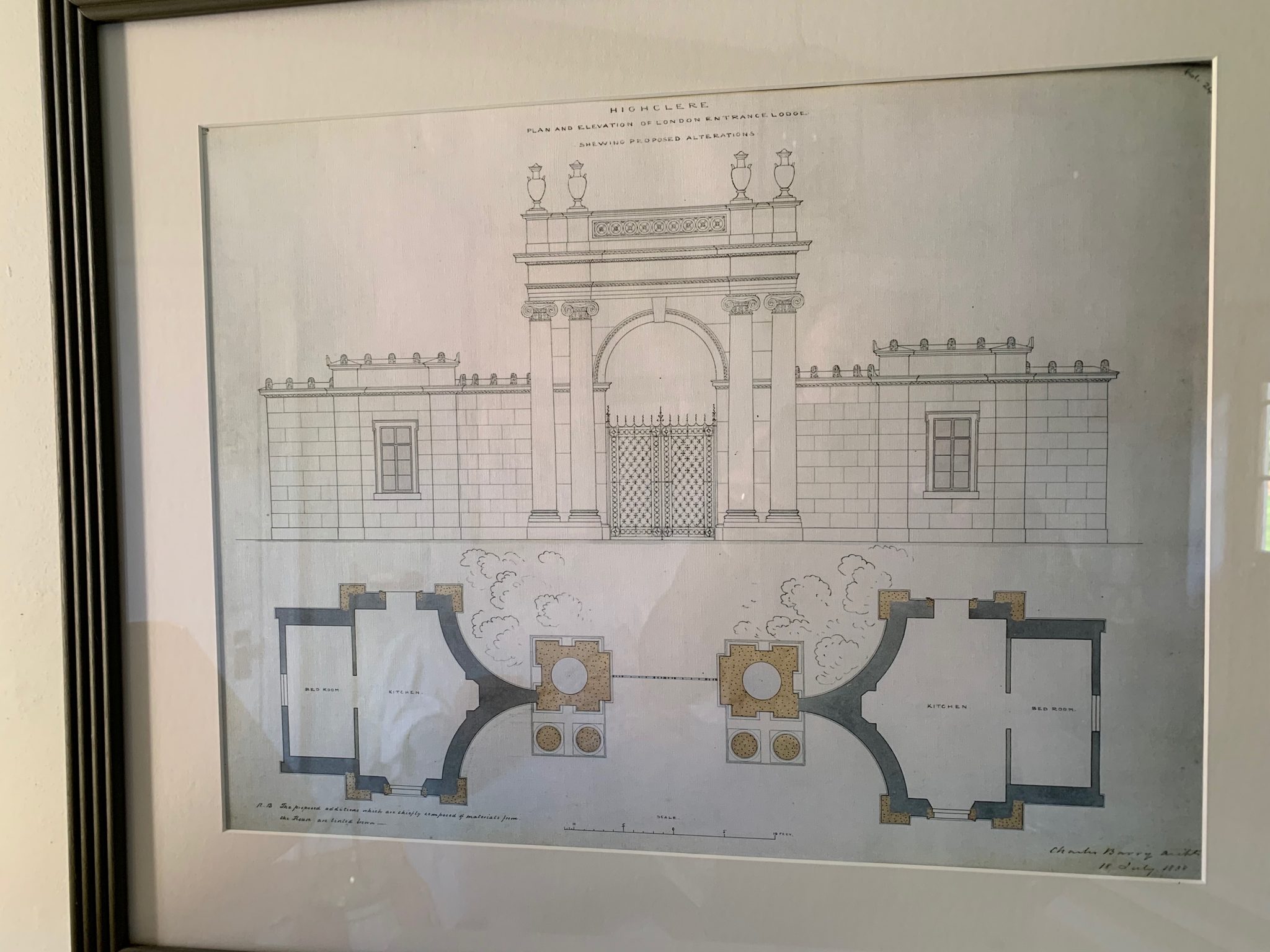 As can be seen in the drawing the original concept (and probably usage) was as two separate residences. The current Earl and Countess of Carnarvon have restored the building and turned them into the London Lodge, with the bedroom and bath on one side, and kitchen and living (with half bath) on the other. It is a wonderfully romantic place for two to stay.

Below is a video which starts in the kitchen (if you are facing the exit from inside the grounds, it is the left building) and goes through the two buildings and the a bit of the outside. The gorgeous woman seen drinking coffee and relaxing in the video is NOT included when you rent London Lodge at Highclere Castle – thankfully, she’s with me.

When we stayed, the Lodge was stocked and set up in the best possible way. There were milk, bread, fresh eggs, cheese and lots of other foodstuffs in the kitchen, and wood and kindling set and waiting in the iron stove. We spent one evening around the fire, drinking Highclere Champagne (didn’t unwrap the Highclere Champagne glasses, kept them packed for the trip home). We would have tried the Highclere Gin that has been publicized but it was not available for purchase when we were there (as if we needed an excuse to return!). 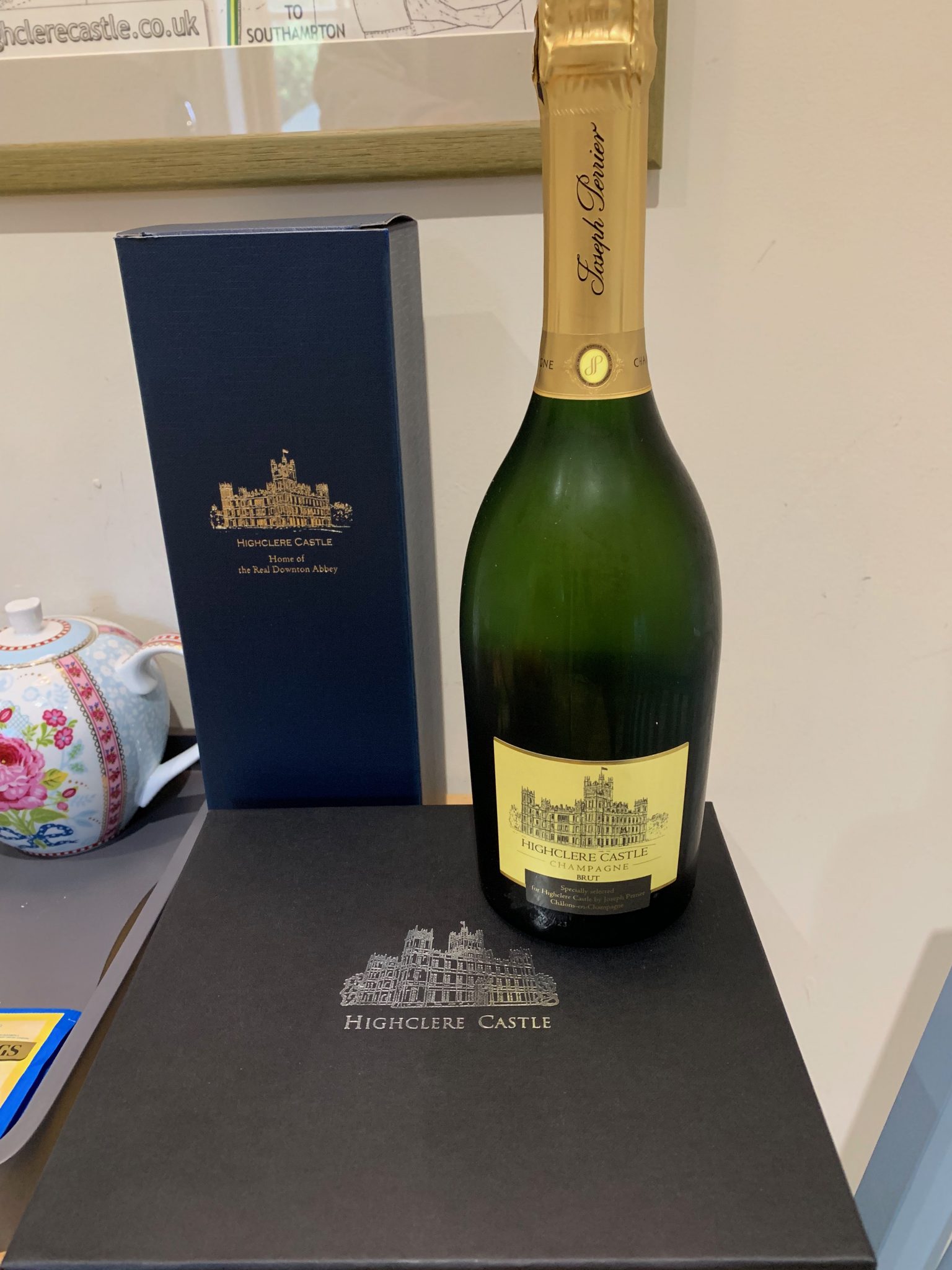 The gate is still the operational exit for visitors to Highclere Castle. When there is no car traffic pheasants, rabbits and deer will approach the Lodge (or at least did on our visit in April). At night, spotlights light up the gate from the front and the back (though they are not intrusive on the residents and didn’t affect our sleep). 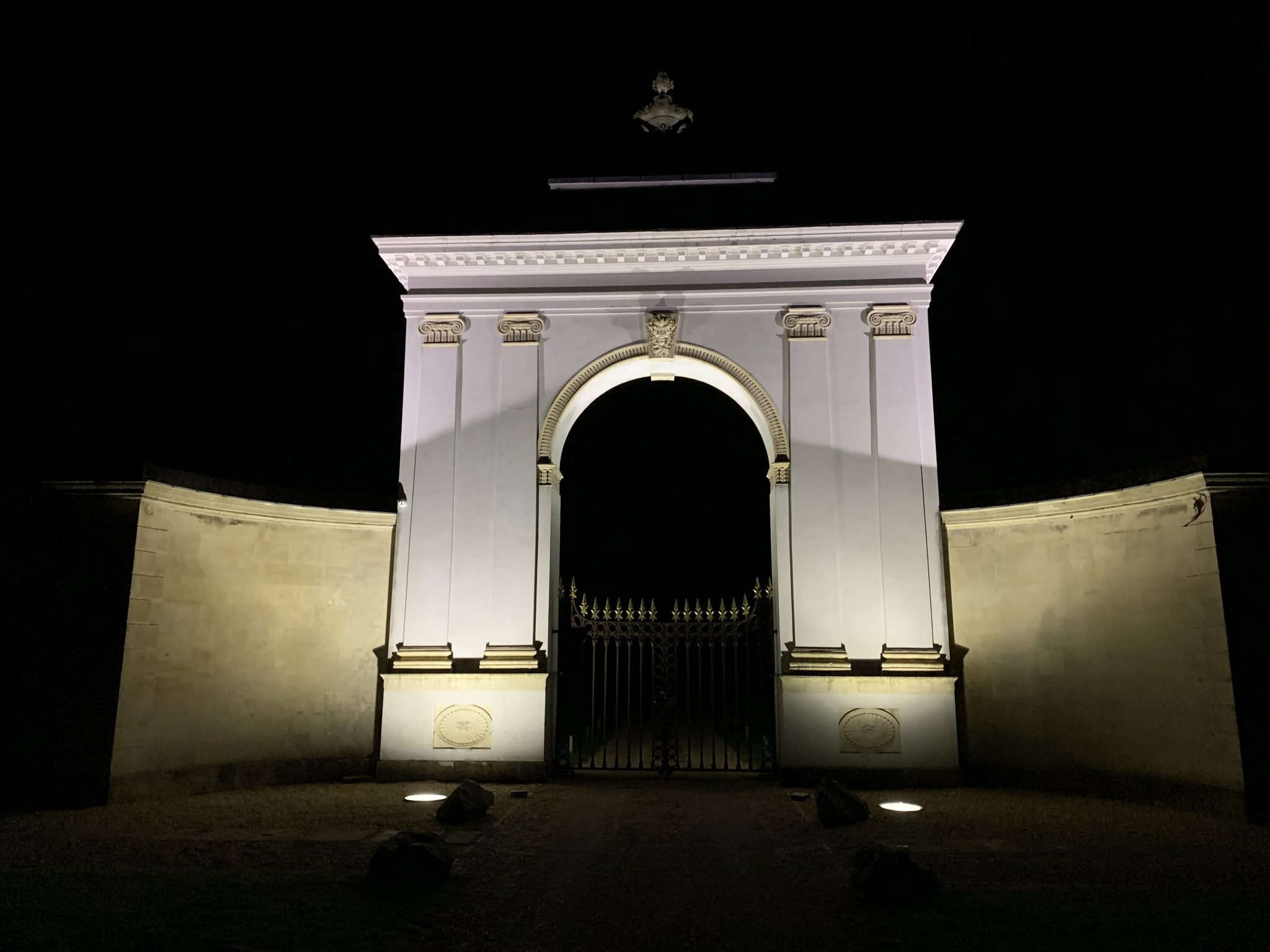 The Temple of Diana is less than a quarter-mile walk from the lodge. It sits close to Dunsmere Lake, and the tower of Highclere Castle can be seen. Several hiking paths that can be taken from the Lodge and from the temple. 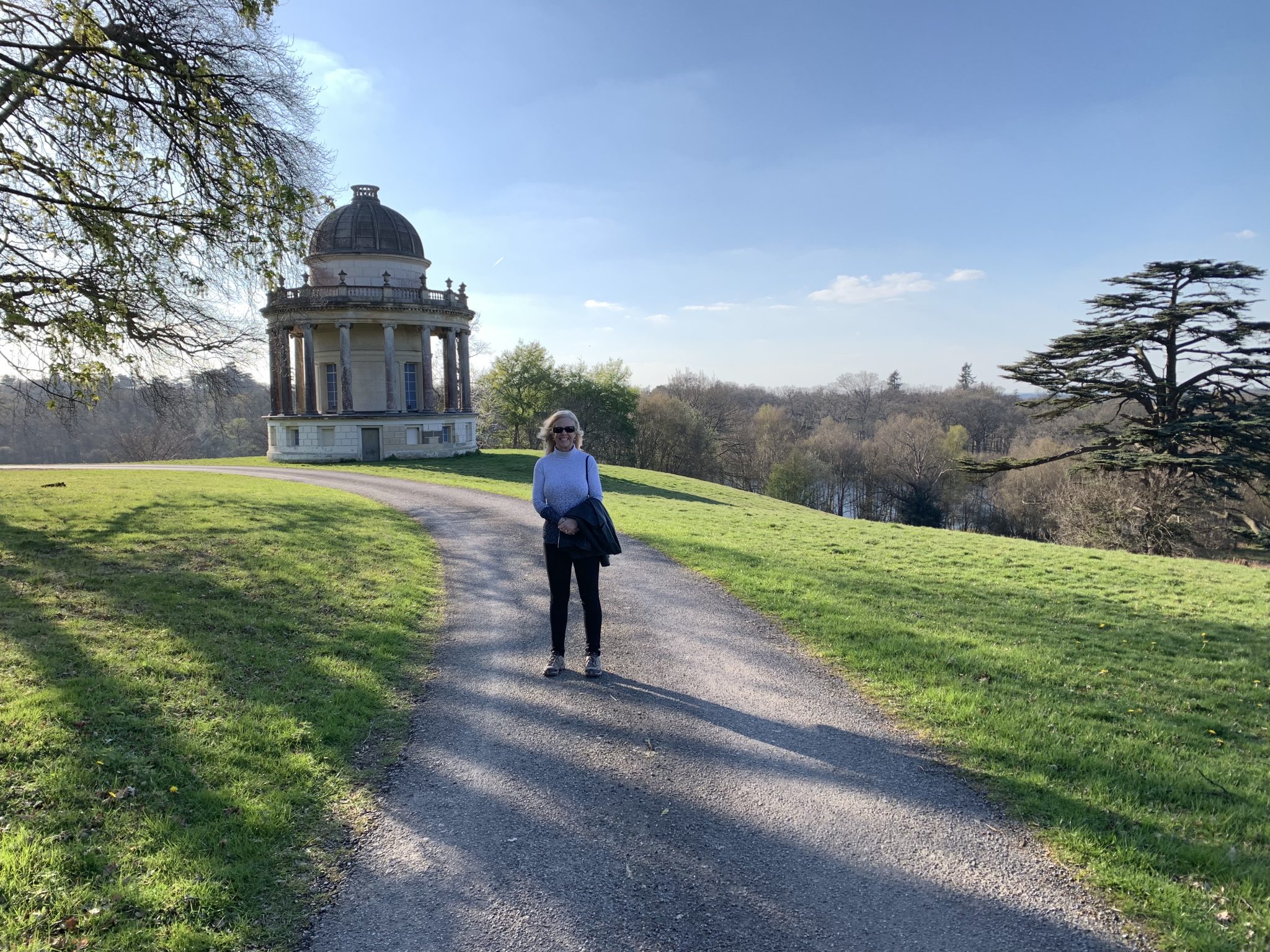 Whereas the London Lodge is towards the front of the castle grounds, the Grotto is in the back. It is a round, turret-looking structure with a nice outdoor patio and table that looks in the direction of the castle. 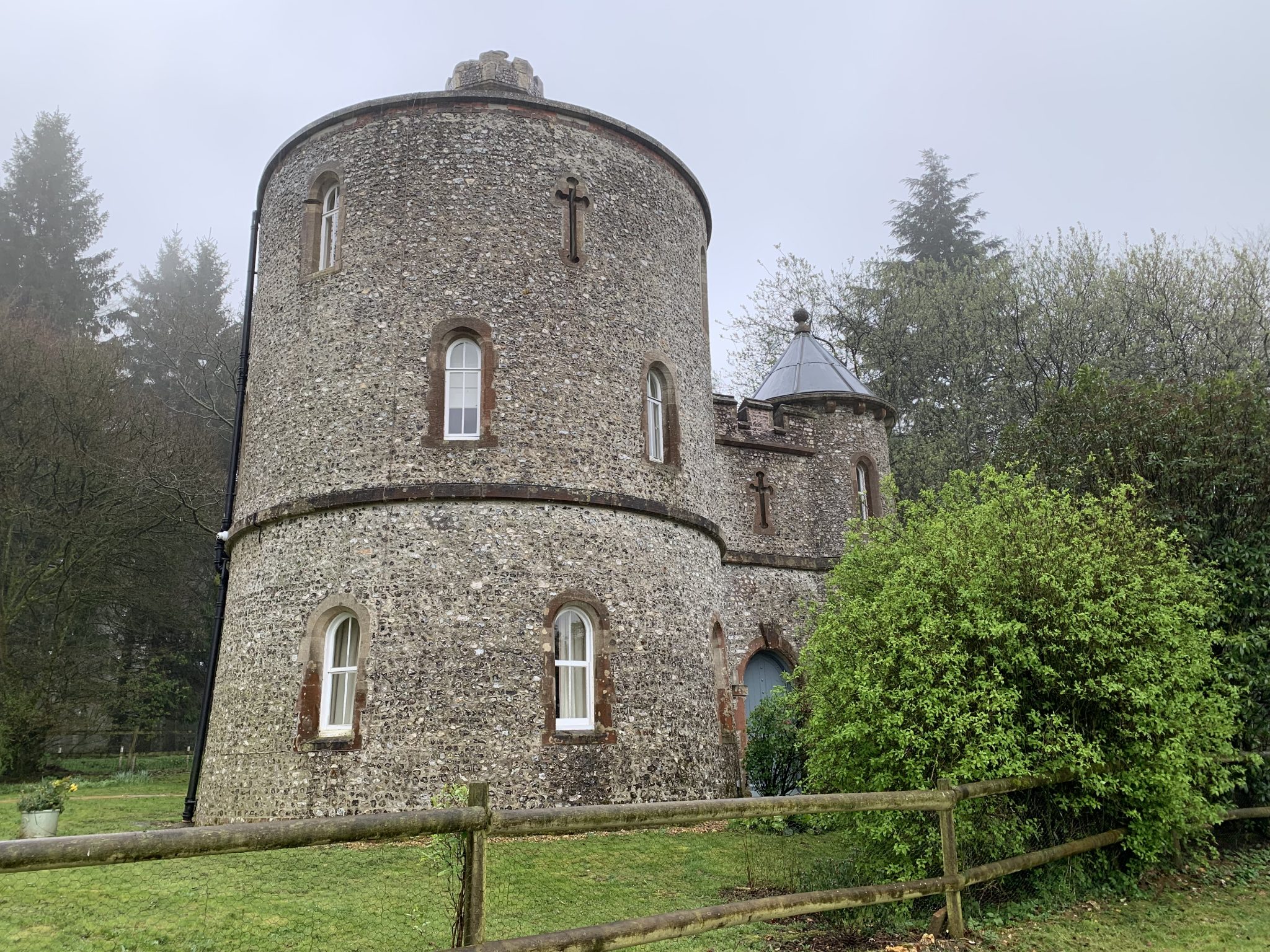 The Grotto has three stories – living room and kitchen on the first, two bedrooms on the second (one small, sized for one person), and on the third floor a second bedroom. The floors are connected by a spiral staircase, with very skinny steps to get to the third floor. 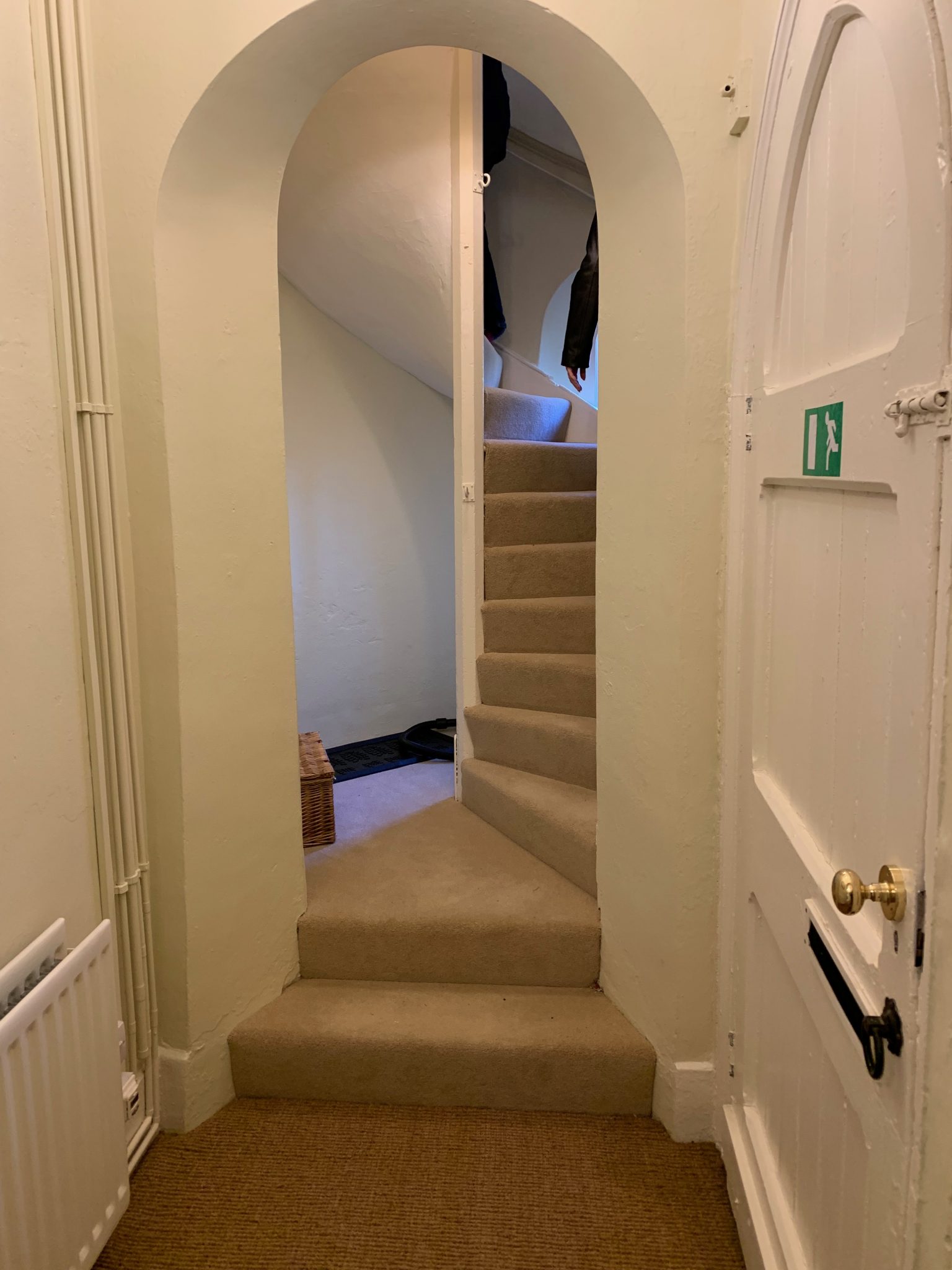 Because of the shape of the Grotto, all of the rooms have curved walls. As an example, here is a picture of one of the bedrooms. 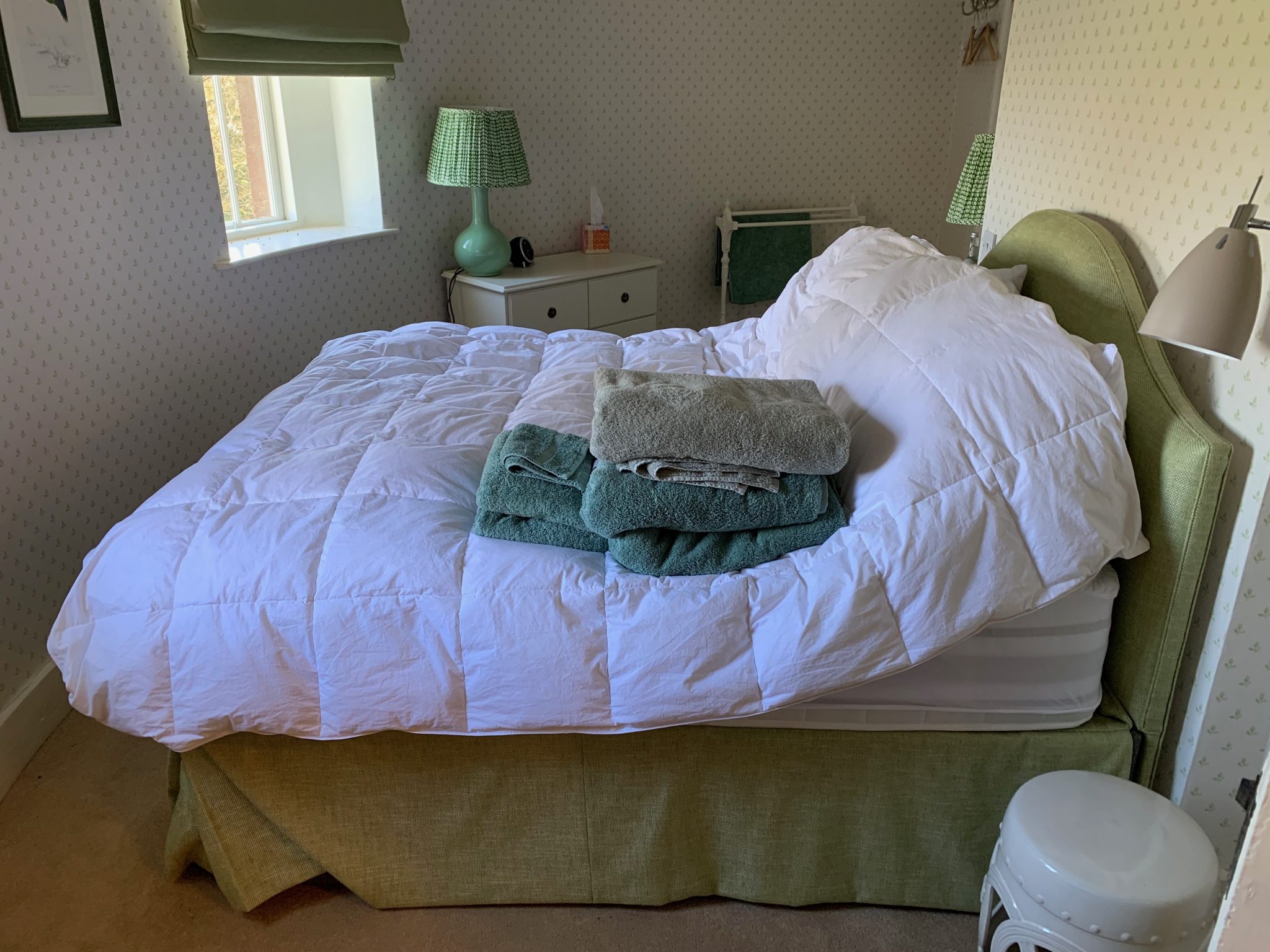 The schedule and bookings for both of these locations can be found here. 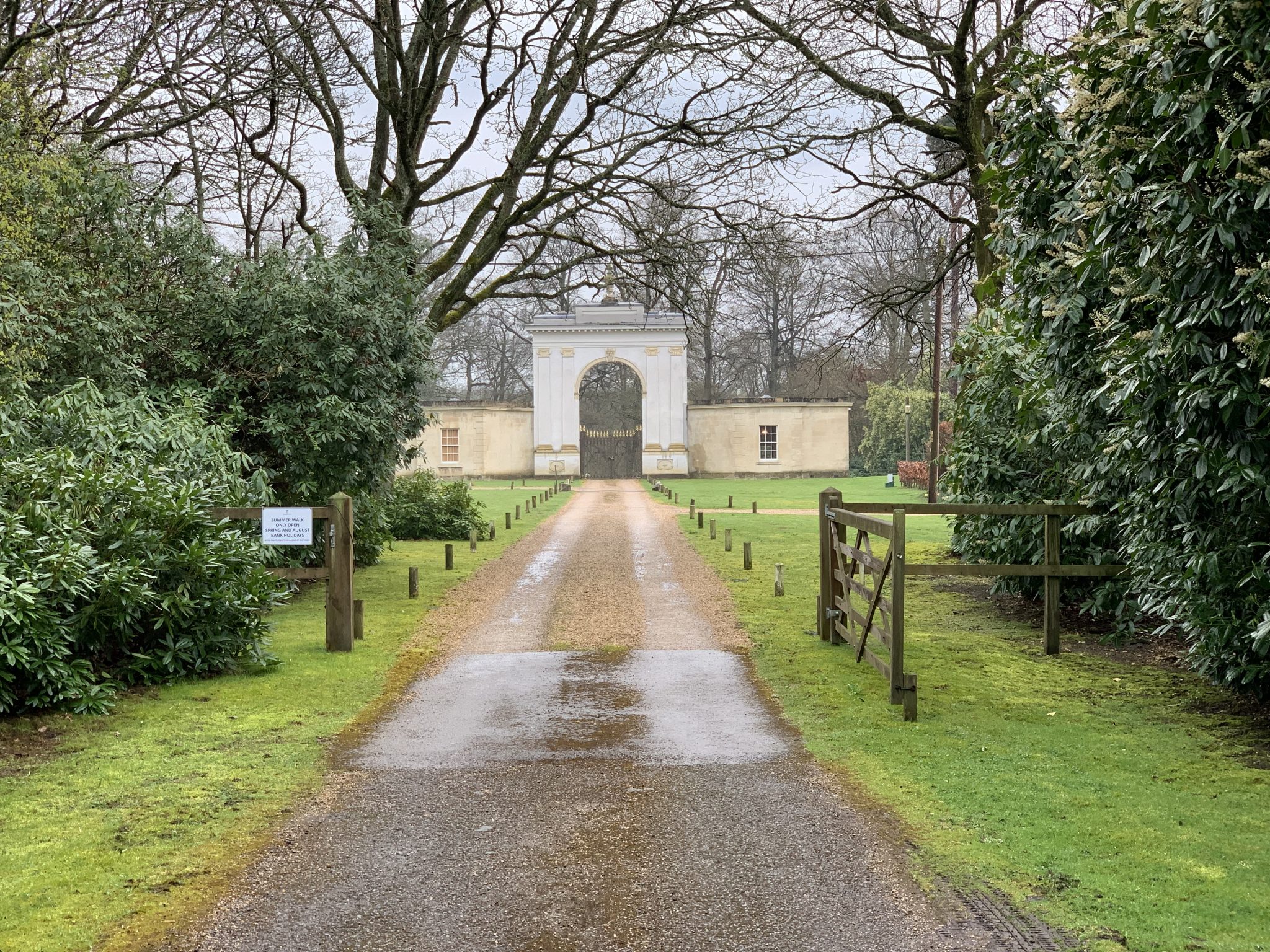