Sounds exhausting, doesn’t it? It was.

But it was also a magnificent, once-in-a-lifetime experience.

It could have been a disaster. The U.S. Government, the weather, the people or the equipment, all could have conspired to make this a colossal waste of a week. But none of them could get in our way.

The week before our trip, Congress was doing its seeming annual chest thumping about saving money, arguing long enough to make functions of the Government consider shutting down. This included the National Park Service (NPS), which of course, includes Grand Canyon National Park. Many of my fellow travelers were watching hourly bulletins. But our guides assured us that we would be able to get in, and just a day before our trip was to start, Congress got its act together…well, mostly. 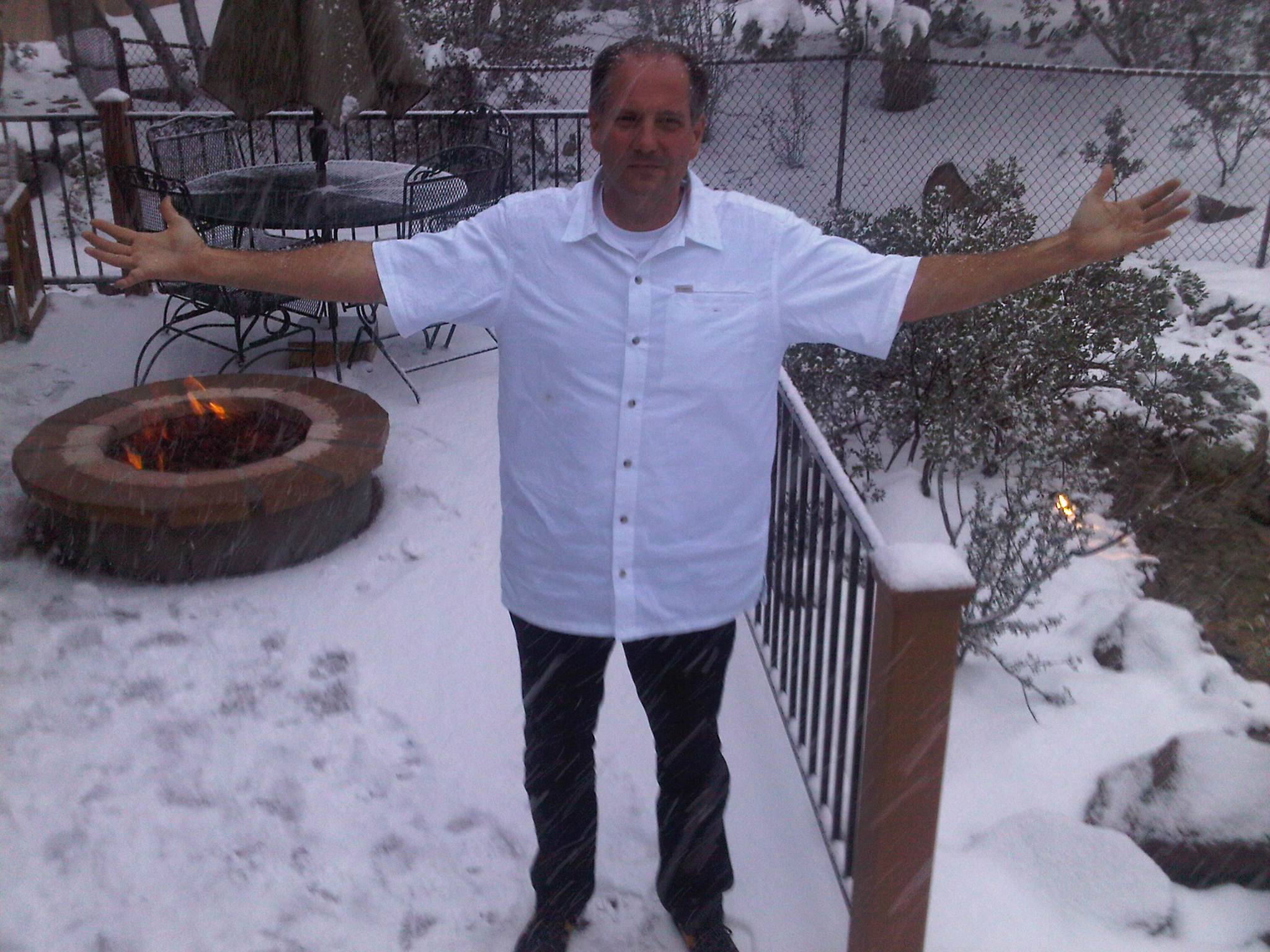 The day we were to fly to Phoenix and drive to Prescott (our “staging” area, where we proceeded to train on BBQ, beer and minor hikes), my brother texted me to let me know it was snowing in Prescott…which usually meant snow at the South Rim of the Canyon (the starting point of our hike down) and it was raining at Phantom Ranch. Though it was cold when we started our trip down, it was around 70 on the river, and in the 40-50 degree range at night. 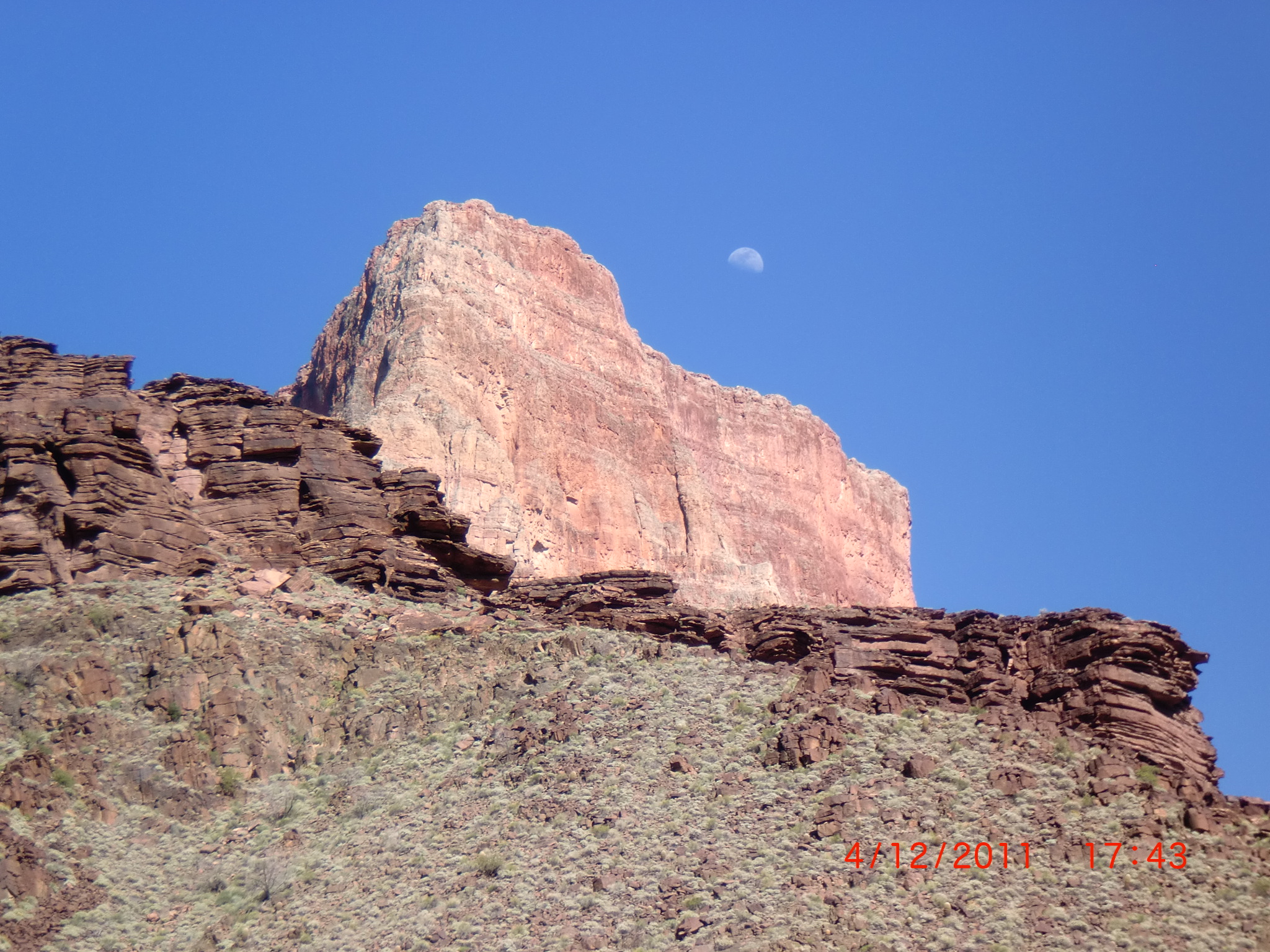 Perfect weather. And we saw afterwards that it was approaching 90 degrees on the Colorado. We lucked into the week between winter and summer, the perfect weather week.

There were fourteen of us, plus two guides. One bad apple could have ruined the trip. Five were lawyers, three were doctors (who came up with that ratio?). Seven from Arizona (Yuma and Prescott), six flew in from Raleigh/Durham 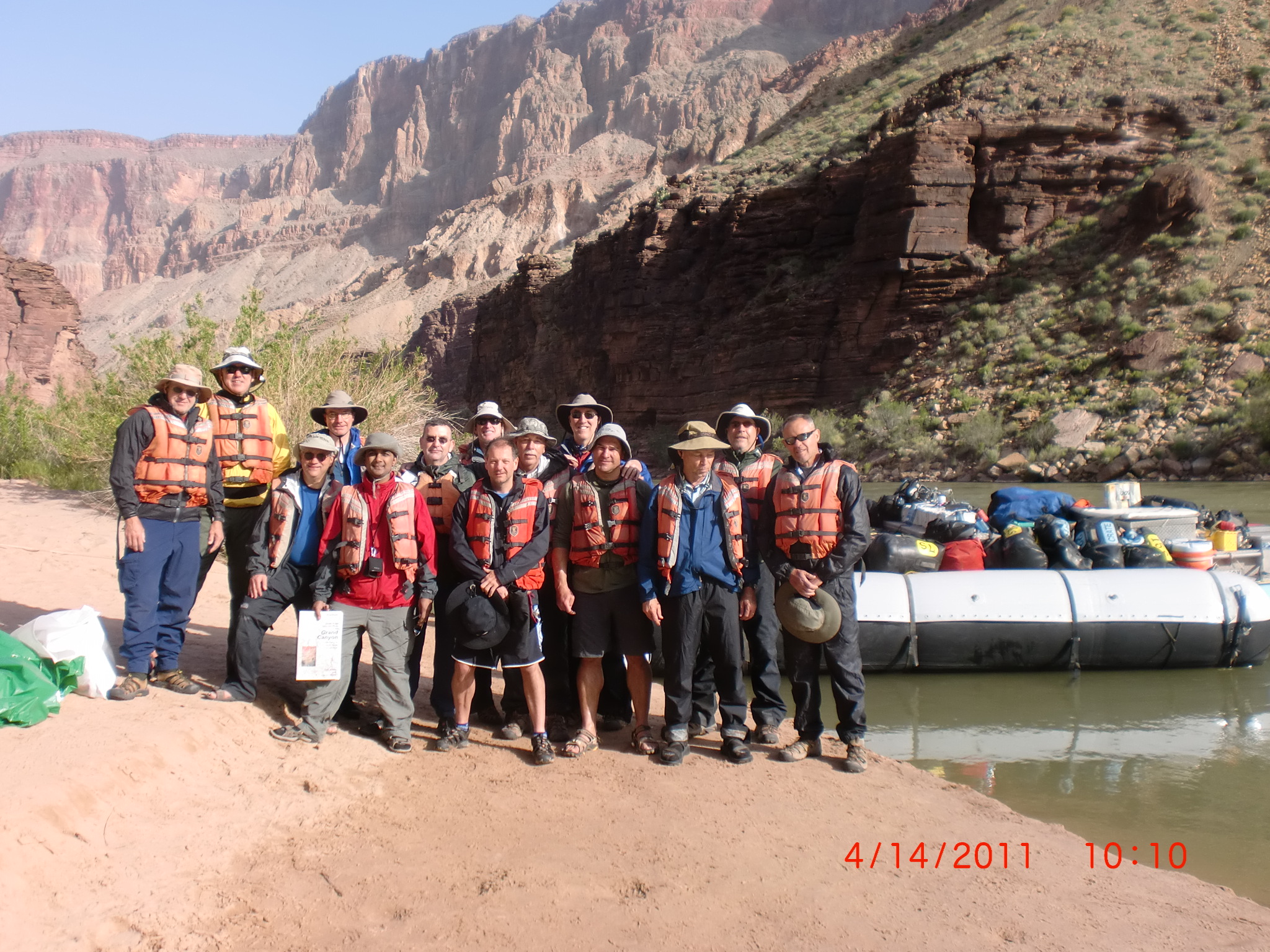 (one from NC, three from Virginia, one by way of Florida, one from Singapore)…and me, from Texas. Two sets of brothers (including me and my older brother, celebrating our 50ths in style), giving me one person I knew, and one other I’d met once many years ago.

And we had a blast.

We had gear we carried on our backs, items that some had shipped in, and, most importantly, the food, beer, sleeping equipment, beer, cooking equipment, beer, firewood and beer that our guides brought down on the boat. A breakdown in supply chain has stopped many an army, but this motley crew was well equiped and prepared. And if we forgot anything, someone else invariably had brought extra (an additional thank you here to TerryT for the rain pants and Tito’s vodka!).

We cannot say enough about our guides, boat captains and now friends, 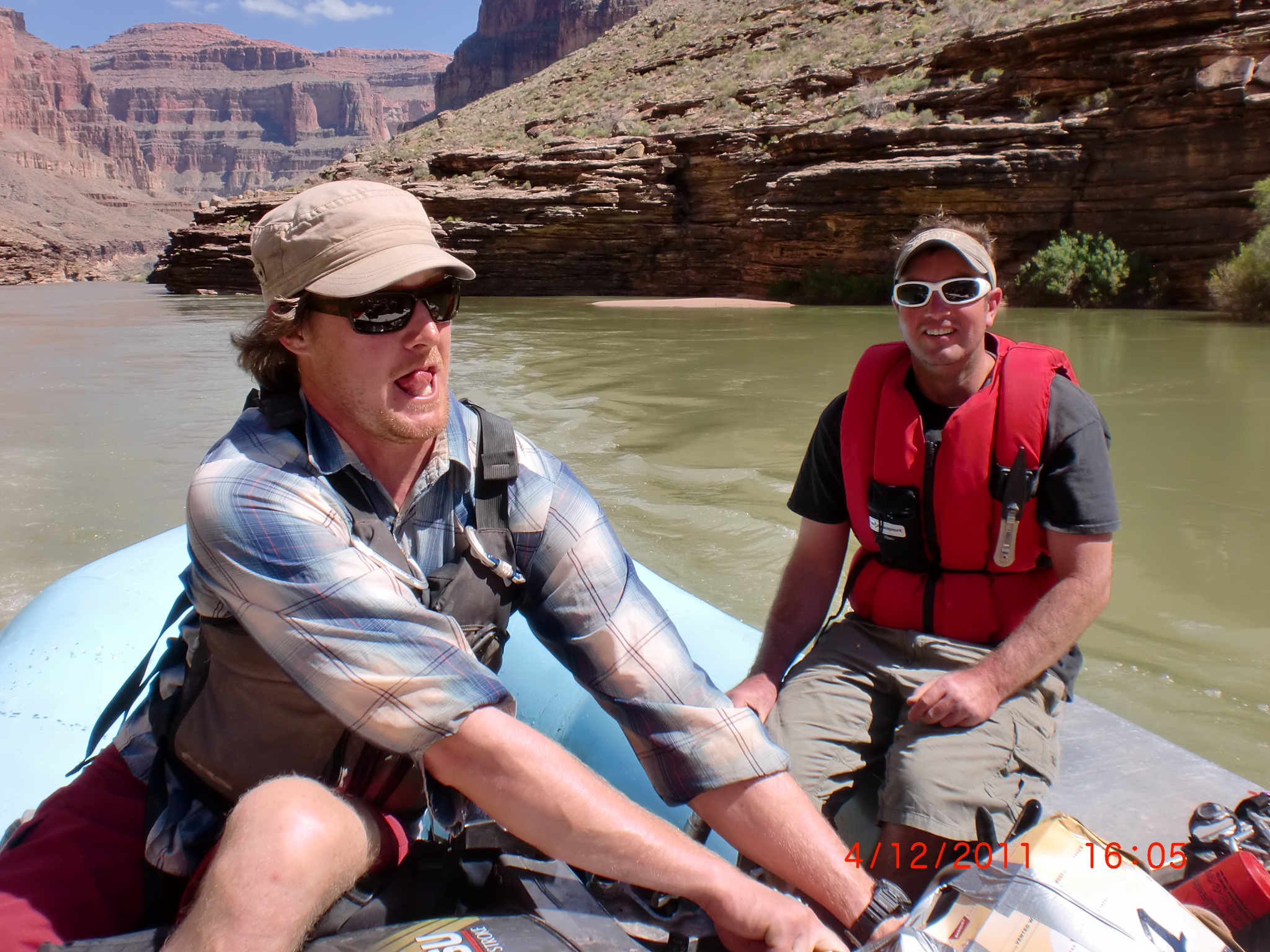 Walker and Dewey from CRATE (Colorado River and Trail Expeditions). Though our organizers Ron and TerryT found them almost by default, they were meant to be on our team. Well prepared, great cooks, great hiking guides and excellent story tellers, they made the trip smooth. I’m sure other trips may have had miscues or problems…ours had none (other than Walker constantly telling me “don’t do anything stupid” when I left on a solo hike; I’m not sure what he meant by that).

If you ever consider doing a guided rafting tour down the Colorado thru the Grand Canyon (or through Alaskan Rivers, which they also do), you are foolish if you do not consider CRATE.

So our trip began…with a hike down Bright Angel Trail.